To safeguard its biodiversity Maharashtra has 6 national parks, 49 wildlife sanctuaries, and 6 conservation reserves as protected area networks (as per the India State of Forest Report, 2019). 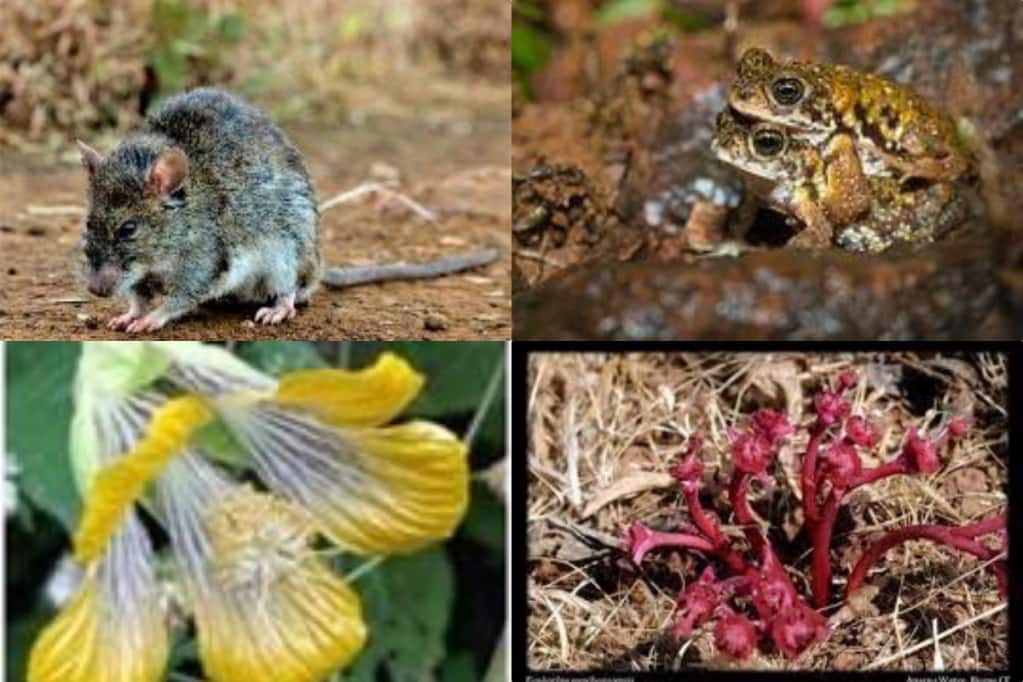 Western Ghats is home to more than 30 per cent of all plant, fish, bird, and mammal species found in India and many of these species are endemic.

Maharashtra is rich with varied biodiversity ranging from forests, to wetland, to grassland to coast to evergreen forest and Western Ghats. A UNESCO World Heritage Site, Western Ghats is a treasure trove of biodiversity and is recognized as one of the world’s eight ‘hottest hotspots’ of biological diversity. It is home to more than 30 per cent of all plant, fish, bird, and mammal species found in India and many of these species are endemic. According to WWF India, 50 per cent of India’s amphibians and 67 per cent of fish species are endemic to this region. Endemism refers to any species which is exclusively confined to a particular geographical area and occurs nowhere else in the world.

To safeguard its biodiversity Maharashtra has 6 national parks, 49 wildlife sanctuaries, and 6 conservation reserves as protected area networks (as per the India State of Forest Report, 2019). This International Day for Biological Diversity 2021 (22nd May), we make a list of a few threatened species that are found in North Western Ghats, Maharashtra:

The soft-furred rat (Millardia kondana), commonly called the Sinhagad rat – These special rats are only found in a tiny locality in the northern Western Ghats, India. They are nocturnal and live in burrows on the Sinhgad fort. They are specialist rodents, are sensitive to change and need large patches of grasslands, their secure habitat.

Amboli toad (Xanthophryne tigerinus) found in Amboli – They are brightly coloured amphibians which make a seasonal appearance during the monsoon and remain in hibernation for the rest of the year. It is endemic to the Western Ghats of India and known only from the vicinity of Amboli in Maharashtra

Indirana phrynoderma, a species of frog found in Tamhini, Pune – A small sized frog, the skin of the back is covered with warts of different sizes, as well as short glandular folds.

Abutilon Ranadei is one of the critically endangered plant species of the Western Ghats. It is found in four districts of Maharashtra State. This endangered species was named after N. B. Ranade who was the keeper of the Herbarium at the College of Science, Pune. It is a shrub 3-5 ft tall characterized by 2 inch long bell-like hanging golden yellow flowers. The five petals are 4 cm long, orange yellow, veined with purple.

Dr. Raju Kasande (Ornithologist) Assistant Director, conservation education, Bombay Natural History Society (BNHS) said- “Endemic species play a vital role for ecological balance. Most biodiversity campaigns focus on well-known or beautiful animals and plants.  But the lesser attractive species need more care as their ecological importance is often overlooked. Endemism is extremely crucial and is a national heritage. It should be given utmost priority. We should work towards protecting natural habitats which is the only refuge for endemic species. BNHS has worked in conservation of Flamingos in Thane creek through community participation. We have also developed a butterfly garden in 10,000 sq ft area with 125+ species of butterflies. We feel conservation of endangered species should be everyone’s responsibility.”

Sharing similar thoughts, Dr. Aparna Watve, (Botanist) ICUN Western Ghats Plant Specialist, Red list coordinator said, “Currently our conservation work is focused on mapping the habitats of endemic species and identifying their environmental needs. We mostly find them in open plateaus and grasslands of Konkan, Vidarbha etc. We are not confining our work to identifying threats; we are also working with the forest department and locals, and developing immediate solutions for their conservation by legal as well as community oriented means. Organizations in Maharashtra such as Shashvat in Bhimashankar, Navrosji Godrej Institute etc. are working together for conservation and growth of endemic plants through ecological restoration. Conservation Tourism is also an emerging concept. Like it happened in Kaas Plateau, we can identify more places for tourism and sensitize them about endemic species. We are also trying to make propagation via nurseries, so that the species last long in the fight of survival. Why go abroad to see what is already here in the State?”