Indian-origin NASA astronaut candidate Dr Anil Menon set to join training in January 2022: His journey so far and his love for Kerala

Dr Menon, who was born as well as raised in the US’ Minnesota, was born to immigrants from Ukraine and India. 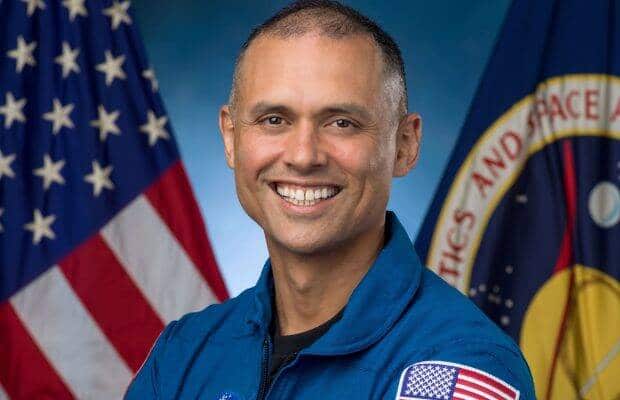 He said that he was excited, overjoyed and happy to get the opportunity. (Image: Twitter/US Embassy India)

NASA’s Indian-origin astronaut candidate Dr Anil Menon: New recruits for NASA’s 2021 Astronaut Candidate Class are set to report for duty in January 2022, and among them is the Indian-origin candidate Dr Anil Menon. Dr Menon, SpaceX’s first flight surgeon, would be receiving training for future missions of NASA along with other new recruits, according to a report in IE. Dr Menon, who was born as well as raised in the US’ Minnesota, was born to immigrants from Ukraine and India, and he went on to get a Bachelor’s in Neurobiology as well as a Master’s in Mechanical Engineering. He did his Doctor of Medicine first in Emergency Medicine and then in Aerospace Engineering. In 2014, Dr Menon started serving as flight surgeon with NASA and then, he went to SpaceX as lead flight surgeon in 2018.

In an interaction with IE, Dr Menon said that his selection among new astronaut candidates from more than 12,000 applicants came as a big surprise to him as there were 10 jobs and a lot of qualified people had applied. He added that he was excited, overjoyed and happy to get the opportunity.

Also read | NASA gets laser system LCRD onboard for space communication; What is its importance

Speaking about studying both medicine and engineering, the aerospace medicine doctor said that he believes it is good to combine engineering with some other science when working in the space sector. He shared that while working on the Dragon spacecraft, there have been many engineering questions that also require approaches from a medical angle.

He also shared that while serving as the crew flight surgeon for astronauts at the International Space Station, he used to take care of astronauts while they were undertaking space travel. The consultation used to happen virtually with Dr Menon being on the ground and astronauts being in space. This was because if any astronaut were to get ill, they did not have a doctor around and so needed someone on the ground to reach out to. Dr Menon added that if sustainable life on the Moon or Mars is to be explored, many more doctors like him are needed, and therefore, aerospace medicine is an expanding field.

He shared that he was the first flight surgeon at SpaceX, and there, he used to take care of the astronauts during the launch. He also used to be the first person to get the astronauts into the capsule and pull them out of it.

He shared that his father is from the Malabar region and he feels happy when he hears astronauts say that in space, Indian food is their favourite due to it being spicier. In space, the taste of the food changes, Dr Menon added. He further said that Kerala is special to him due to people being so welcoming. He also said that because he spent time in India, he feels like that set him up for his role as a potential astronaut due to its diversity and multiculturalism.