Indian Ocean warming up at unprecedented rate: Here’s how scientists use earthquake data to monitor this change 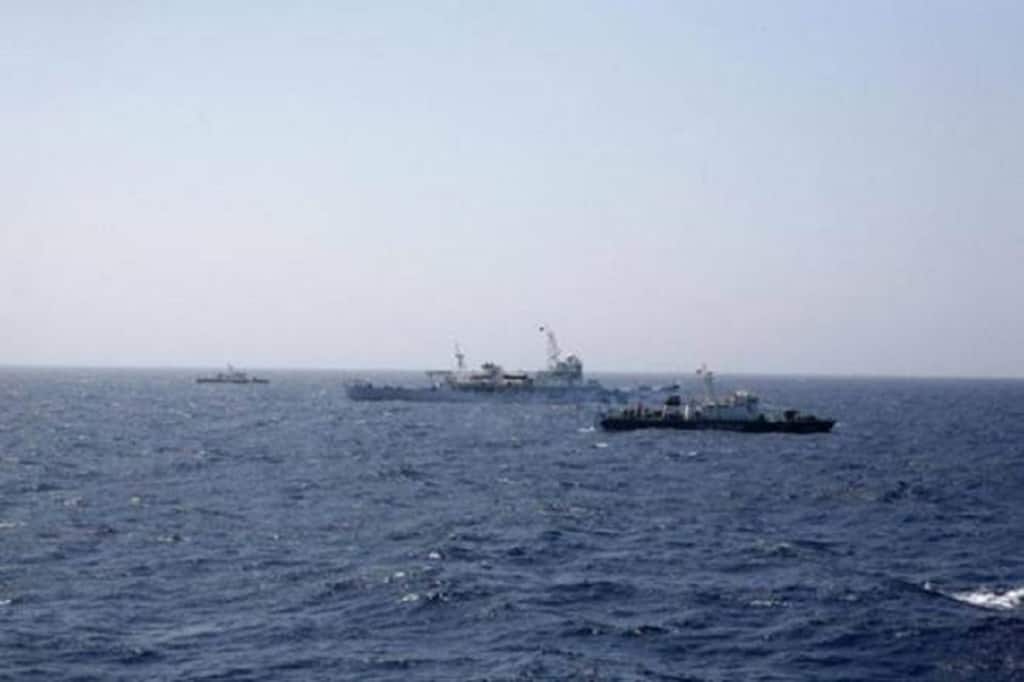 Scientists at the California Institute of Technology (Caltech) in the US have come up with a way to map the change in temperature of the ocean.

Oceans are warming up as they hold the 95 per cent of the heat trapped on Earth due to the emission of greenhouse gases like carbon dioxide. Indian Ocean is also impacted by the phenomenon and the rate at which the heating up of the ocean has risen significantly. A 3000-kilometer-long section in the equatorial East Indian Ocean recorded fluctuations in temperature, and the fluctuations between the years 2005 and 2016 show a trend that the warming has exceeded the estimates substantially. Scientists at the California Institute of Technology (Caltech) in the US have come up with a way to map the change in temperature of the ocean. According to the scientists, analysing the sound from seabed earthquakes can help determine the rate at which the Indian Ocean is warming up, news agency PTI reported.

The study highlighted that for studying the earthquakes, they will monitor underwater quake sounds. It is to note that the underwater earthquake sounds are powerful and the quake waves possess the capability to travel long distances as they do not weaken easily. According to the report, whenever an earthquake takes place under the ocean, the energy travels through the earth. However, there is a portion of this energy which is transmitted into the water in the form of sound. Similar to seismic waves, the sound waves also “propagate outward from the quake’s epicenter,” the report said. But the speed of sound waves is much slower when compared to seismic waves. Now the question is how will the sound waves help determine change in temperature of Indian Ocean.

This method will give the scientists a relatively low-cost technique to monitor water temperature in oceans across the globe. Meanwhile, one estimate has indicated that the Indian Ocean has been warming up 70 per cent more than what had been believed but it cannot be drawn as an immediate conclusion. For more certainty on the rate of change in ocean temperature, more studies and analysis will be needed.

Follow us on
Latest News
Ever heard of ‘Beauty Parlour Stroke Syndrome’? You might want to be careful the next time you get a hair wash
Europe leans on Asia for ‘homegrown’ EV batteries
Nifty may trade flat to positive, use Iron Butterfly for 10 Nov F&O expiry; Bank Nifty support at 41000
Lula’s victory: A win-win for all?
Deepika Padukone on working with Shah Rukh Khan in Pathaan: For me working with him is like going back home
Delhi pollution: Air quality in ‘severe’ category
Subaru says U.S. vehicle demand strong amid economic slowdown fears
Photos
Heart-wrenching! Here is a look at Morbi and the suspension bridge that collapsed
3 days agoOctober 31, 2022
In Pictures: PM Modi in Kargil to celebrate Diwali with soldiers, says, ‘All of you have been my family for years now’
1 week agoOctober 24, 2022
In Pictures: PM Modi inaugurates Deepotsav in Ayodhya; World record set by lighting of over 15 lakh diyas
1 week agoOctober 24, 2022
Read More
×
No annual fee for Nov-March session this year, directs JK panel to schools
Key construction industry trends to look out for in 2023
Ethereum-base Arbitrum witnessed an increase in activity post Nitro update: Delphi Digital
S&P 500 fell 2.5% in worst performance for any Fed days since January 2021
Red Fort attack case: Supreme Court rejects review petition of Mohammad Arif, affirms death penalty
Global Health IPO opens, Medanta operator mops up Rs 662 cr from anchor investors; should you apply?