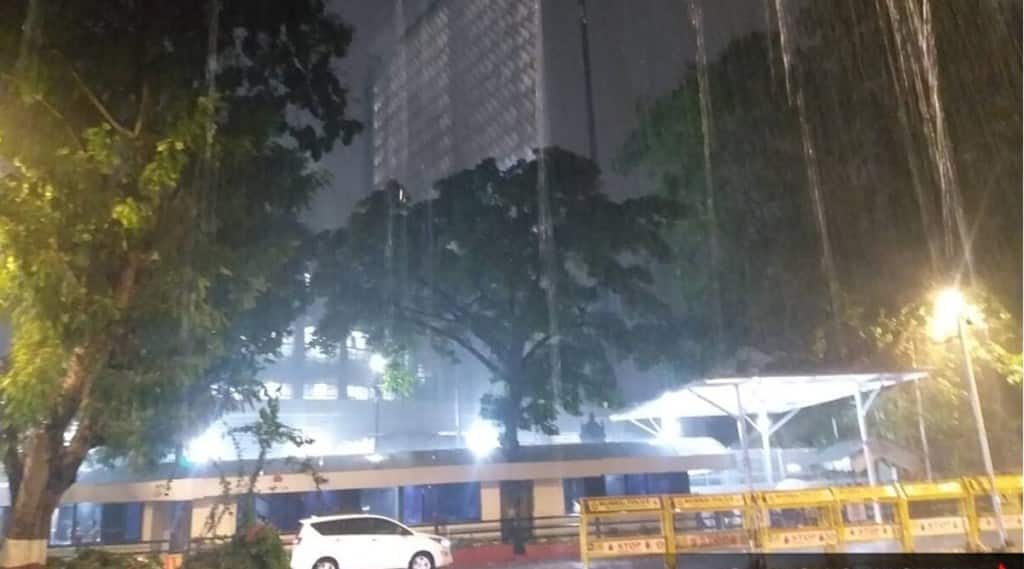 The India Meteorological Department on Wednesday morning issued a nowcast warning for Maharashtra’s Pune, Satara, Solapur, Sangli and Kolhapur districts, predicting moderate to intense rainfall at isolated places in next 3 to 4 hours. A nowcast is a prediction made by analysis of data currently available.

“Packed isobars over the Arabian Sea are still persisting. Strong westerlies result in enhanced pressure gradient force, causing huge wind convergence over Konkan-Goa and in ghat sections of Madhya Maharashtra,” he said.The presence of a well-marked low-pressure area over the Bay of Bengal is persisting almost at the same time, he said.There would not be much reduction in rainfall activity over the state and Pune district till Thursday, he said. “The monsoon will continue to be vigorous over the state today and tomorrow,” the official said.Meanwhile, incessant rains in Pune and other western Maharashtra districts led to a rise in the water level of various dams.

The collective water storage of Khadakwasla, Temghar, Warasgaon and Panshet dams, which provide water supply to Pune city, reached over 12 TMC (thousand million cubic feet), which is 42 per cent of the total collective capacity of the four reservoirs, a district administration official said.”As the Khadakwasla dam is filling up rapidly, water is being released from it at 10,000 cubic feet per second (cusec),” the official said.

According to the fire department, 20 incidents of tree fall were reported in Pune city on Tuesday and three people were injured in two separate incidents of wall collapse.In Satara district, the Koyna dam water level is over 38 TMC, which is 36 per cent of the total capacity.

The popular Mahabaleshwar hill station in Satara recorded 136 mm rainfall in the last 24 hours, while Koyna and Navja recorded 123 mm and 142 mm rains, respectively, said an official.The Panchaganga river level at Rajaram weir in Kolhapur reached 35.2 feet after incessant rains in the district.The warning level is at 39 feet and the danger level is 43 feet at the weir.

“Four state roads and seven district main roads in Kolhapur were closed for vehicular movement after water accumulated on some stretches,” a Public Works Department official in the district said.