Huge asteroid the size of Empire State Building to fly past Earth: Here’s how you can track it 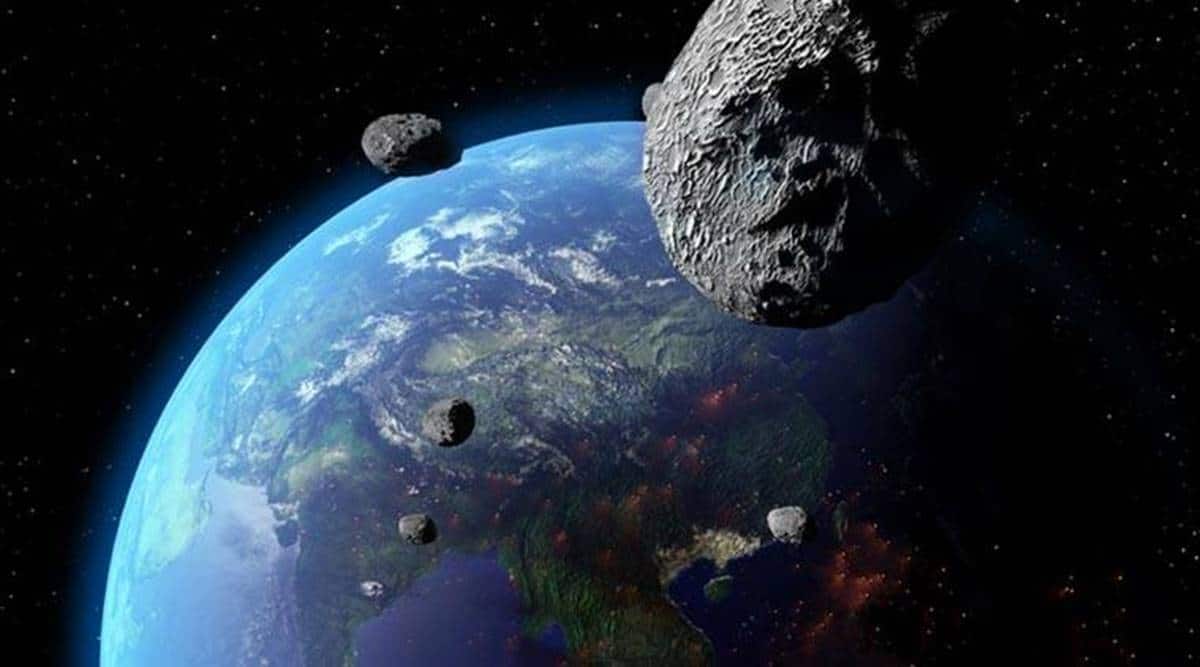 The opportunity is a once-in-a-lifetime opportunity as it won’t come this close to Earth until 2105. (Representative image via IE)

A huge asteroid nearly twice the size of the Empire State Building in New York will pass the Earth at a staggering 19.5 km per second (43,754 miles an hour) next week and amateur astronomers could catch a glimpse of it. The asteroid — 7482 (1994 PC1) — will fly past within 1.2 million miles of Earth, NASA said.

HOW TO CATCH ASTEROID FLY-BY

While the asteroid is unlikely to be visible with the naked eye, astronomers might be able to catch a glimpse of it with a telescope. The opportunity is a once-in-a-lifetime opportunity as it won’t come this close to Earth until 2105.

The pace of the sizzling, stony giant will make it observable with backyard telescopes of 6 inches or wider diameter. The easiest way to spot the asteroid is to use skywatching software such as Stellarium or a website such as In The Sky.

The asteroid orbits the Sun every 1.5 years and was discovered by astronomer RH McNaught in 1994 using the Siding observatory in Australia.

Its orbit is well known and varies from 0.9 AU to 1.8 AU (1 AU is the distance between the Sun and the Earth). A common stony S-type asteroid, every approach it makes gives astronomers the opportunity to study its surface and learn more about ancient space rocks.

NASA and other space agencies track over 28,000 asteroids as they orbit the Sun. None of the known asteroids are expected to collide with Earth in the near future, but there still are asteroids whose orbits are not known, NASA reportedly said.