Green capacity close to Paris accord target, but long way to go

At the COP26 summit in November 2021, Prime Minister Narendra Modi had announced that the country will install 500 GW of RE capacity by 2030. That was in consonance with the plan to ‘net-zero’ emission target by 2070. 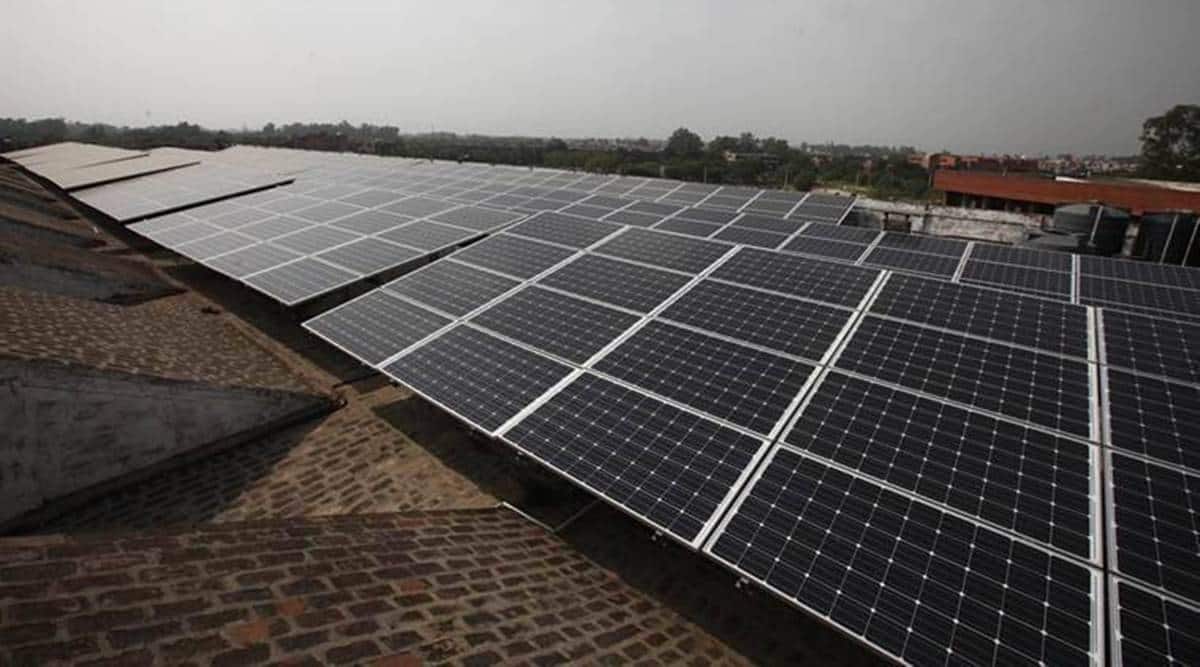 India is close to meeting the 40% target for green power share in installed capacity (Under 2015 Paris accord, this is to be met by 2030). But since the gap between green power capacity and production from these sources is characteristically larger than the same for conventional fossil-based units, the country has still a long way to go before attaining a similar level for renewable energy share in actual power generation.

When the target of having 40% installed power capacity from non-fossil fuel based sources by 2030 was set in the 2015 Paris climate agreement, the share of such power plants in the country’s electricity capacity was just 29%. Although the share of non-emitting sources in the installed power capacity has now reached 38.5%, these plants are producing less than 23% of electricity generated in the country. When the Paris agreement was signed, around 16% of electricity came from such plants.

If large hydro-electric power sources are excluded, the installed capacity of renewable energy (RE) sources — mainly solar and wind — has increased 127% since FY16 to the current level of 104 giga-watt (GW). Electricity generated by these stations have recorded a 94% growth. It is mainly because of the intermittency of generation from renewable sources which can only produce power when the sun shines and the wind blows.

At the COP26 summit in November 2021, Prime Minister Narendra Modi had announced that the country will install 500 GW of RE capacity by 2030. That was in consonance with the plan to ‘net-zero’ emission target by 2070.

About 50 GW RE capacity is currently under implementation in India and projects entailing combined capacity of 32 GW are in various stages of bidding. The 500 GW target will also include new hydro power projects, which has the current installed capacity of 46.5 GW. More than 9 GW of large hydro projects are under construction at present, and another 26 GW of these are expected to be added by 2030.

The government had earlier set the target of having 175 GW of installed RE capacity (excluding hydro) by December, 2022. Analysts at ICRA said that the said target will likely be achieved in FY26. The agency pointed out that taking into account the projects awarded till date and the current bidding pipeline, annualised addition of 10-15 GW of RE capacity can be expected till FY25 which will take the total green energy base to 160 GW by that time. Hence, to achieve 2030 targets, the annualised capacity additions over FY26-FY30 need to be around 50-60 GW, which is 5-6 times higher than the rate of solar and wind plant installations recorded in any normal year.

According to government data, power generation in April-December of 1,113 billion units (BUs) denotes an annual growth of 9.3%, and most of the demand has been met by the country’s coal-based power plants which generated 759.9 BU, 12.8% more than the same period last year. Owing to the 15% annual growth in the country’s RE base, electricity production from these sources increased 14.3% to 128 BU.

Coal is the mainstay of India’s energy mix and will remain so for a few more decades, even as its share in the mix will markedly plunge with RE and benign fuels like hydrogen set to make rapid strides. Based on the analysis of the Central Electricity Authority (CEA), the coal-based power generation capacity is expected to reduce from the current level of 54% of India’s total generation capacity to 33% by FY30. Currently, the total installed power generation capacity in the country is 392 GW, of which coal-fired units make up for 209 GW. By FY30, CEA has projected that out of the total installed capacity of 795 GW, 266 GW will be coal-based.

Next Story
National Youth Day: How young Indians can take initiatives and organize for nation-building