India has mountainous and hilly areas in as many as 16 states and two UTs, located in the Himalayan and sub-Himalayan region and Western Ghats, and these are prone to landslides. 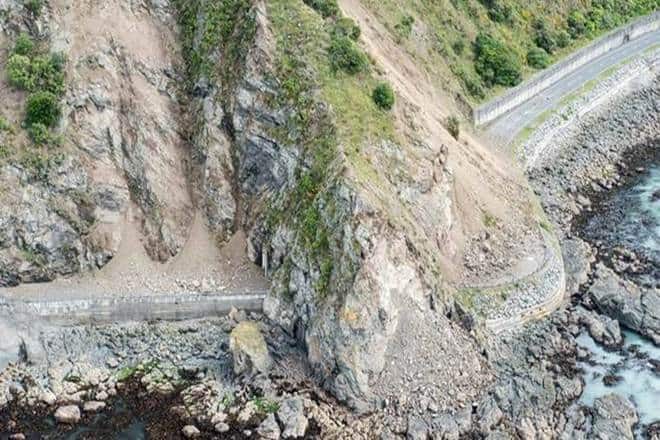 Like most hill townships, Mussoorie, the popular hill station, has witnessed several landslides, probably resulting from an increased spate of developmental activities, as per the study.

Geological Survey of India testing landslide warning system! The Geological Survey of India (GSI) has announced that it is testing the regional Landslide Early Warning System (LEWS) in the West Bengal’s Darjeeling district and in the Nilgiris district of Tamil Nadu. In a statement, the GSI said that the system would be tested for validation at both of these locations for a few monsoon years before it is made operational.

The statement quoted Director of GSI’s GHRM Division Dr Saibal Ghosh as saying that following the footsteps of some developed countries which have such types of warning systems, India would also carry extensive on-ground testing as well as validation of the LEWS models. This testing would go on for a few years, and applications from other states which are prone to landslides would also be accepted, before the system is made operational, he said. The technology, he added, has been developed by GSI as part of an ongoing collaborative research programme called LANDSLIP, which includes a number of Indian and European researchers in the fields of Landscape, Climate and Social dynamics.

India has mountainous and hilly areas in as many as 16 states and two UTs, located in the Himalayan and sub-Himalayan region and Western Ghats. The area prone to landslides accounts for about 12.6% of the Indian landmass, translating into 4.2 lakh square kilometres in absolute terms, the statement said, adding that this area spans across more than 170 districts.

Recently, there has been an increasing need for non-structural measures like these because, once successfully developed and operational, they help in preventing disasters at a substantially lower cost. Implementing structural measures to prevent landslides is expensive because such measures could only be implemented to one or a few landslides.

GSI added that it was already at the verge of completing the National Landslide Susceptibility Mapping (NLSM), a national project to generate a landslide susceptibility map for all of the landslide prone areas in the country. The map is being produced on a 1:50,000 scale. The project, GSI said, also included creating a national landslide inventory and the project has used remote sensing as well as field-based input data. Till 2019-20, the GSI said it has completed the mapping of 85% of the target. Apart from that, the huge database being generated in the project is also being made available for public use in phases, with 61% of the map already uploaded on GSI’s Bhukosh map portal. These can be downloaded for free, the GSI said.