The officials said Qazigund recorded a minimum of zero degree Celsius, while the nearby south Kashmir town of Kokernag recorded a low of minus 0.7 degrees Celsius. 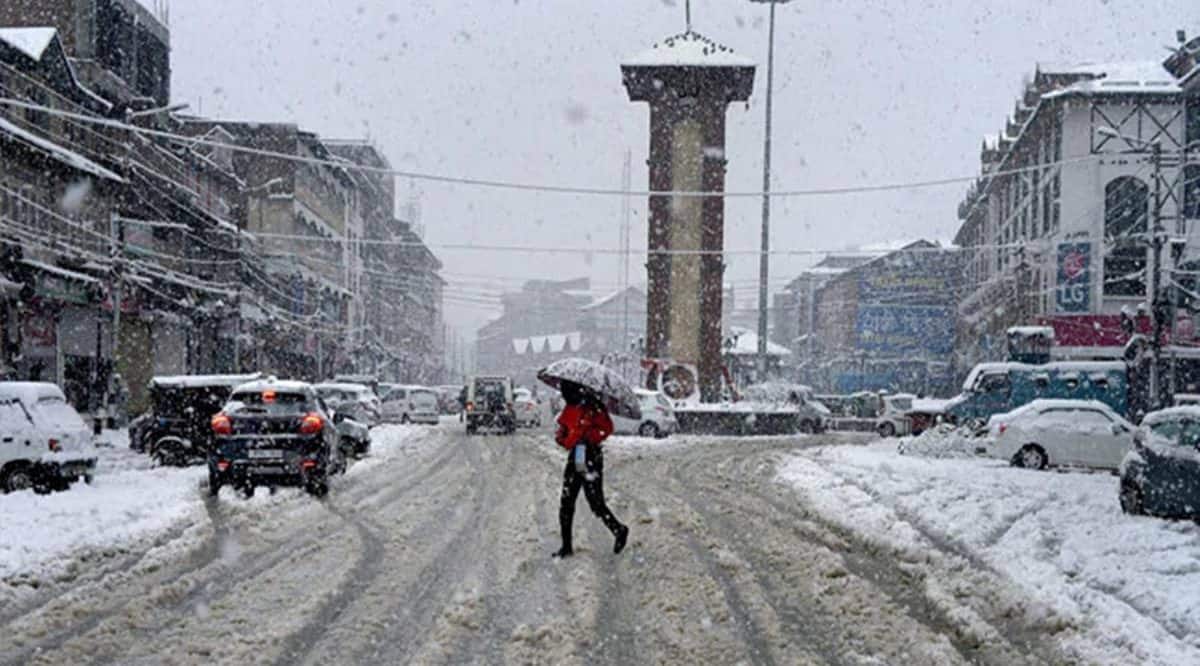 The minimum temperature at most places in the valley on Saturday night went down slightly. (File image for representation)

Many areas in Kashmir received fresh snowfall, while others were lashed by rains on Sunday, even as the minimum temperature in most parts of the valley dropped, officials said.

Several areas in the valley, especially in the south, received fresh snowfall during the night, the officials said.

Qazigund, the gateway town to the valley in south Kashmir, and the nearby Kokernag town, recorded about six inches of snowfall.

The other south Kashmir districts of Shopian, Pulwama and Kulgam also received snowfall ranging from two to seven inches, they said.

The famous resorts of Gulmarg and Pahalgam received around two inches.

There are reports of snowfall in other areas in the upper reaches of the valley as well, they said.

The officials said the administration has pressed men and machinery into the job to clear the snow.

Other parts of the valley, including Srinagar, were lashed by rains which were going on when the last reports came in, the officials said.

However, the flight operations at the Srinagar airport here were going on normally as the visibility was around 1000 metres, the officials said.

The minimum temperature at most places in the valley on Saturday night went down slightly.

Gulmarg recorded a low of minus 6.0 degrees Celsius — half-a-degree up from the previous night.

Pahalgam, which serves as the base camp for the annual Amarnath yatra, recorded a low of minus 1.2 degrees Celsius — up from the previous night’s minus 2.4 degrees Celsius, they said.

The officials said Qazigund recorded a minimum of zero degree Celsius, while the nearby south Kashmir town of Kokernag recorded a low of minus 0.7 degrees Celsius.

The minimum in Kupwara in north Kashmir settled at a low of 1.2 degrees Celsius.

The MET Office has forecast widespread light to moderate rain/snow in J-K till Sunday evening.

Thereafter, there are chances of rain or snow at isolated places over two days, it said.

Kashmir valley is currently under the grip of the 40-day harshest winter period known as ‘Chilla-i-Kalan’ which began on December 21 last year.

‘Chilla-i-Kalan’ is a period when a cold wave grips the region and the temperature drops considerably leading to the freezing of water bodies including the famous Dal Lake here as well as the water supply lines in several parts of the valley.

The chances of snowfall are the most frequent and maximum during this period and most areas, especially in the higher reaches, receive heavy to very heavy snowfall.