The Met department predicts that while the fog-like condition and partly cloudy sky will continue for the next 24 hours, 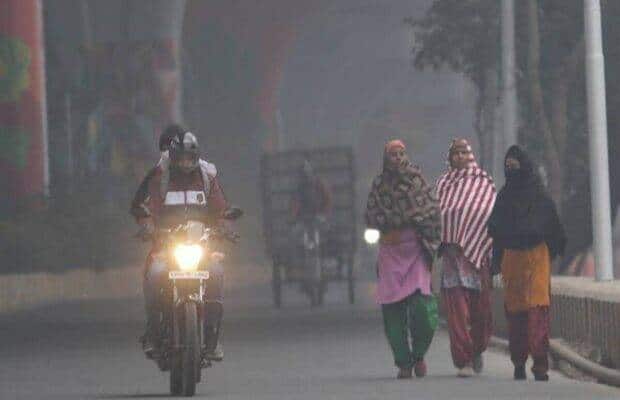 Mumbai weather: Parts of Mumbai remained covered with foggy, misty and cold weather conditions for the second consecutive day on Sunday. People in many parts of Mumbai also witnessed low visibility. The Minimum temperature at the India Meteorological Department’s Santacruz observatory was recorded at two degrees above normal at 22 degrees Celsius.

As per the IMD, Mumbai recorded fog and mist followed by partly cloudy skies in the morning. No flights were however remained unaffected from the Mumbai airport. The Met department predicts that while the fog-like condition and partly cloudy sky will continue for the next 24 hours, there will be clear skies in the city from Tuesday.

Lower than lower temperature and high relative humidity led to the formation of fog over the city. As per the weather reports, the relative humidity recorded on Sunday morning was 93 per cent, which by the evening dropped to 71 per cent.

Also Read: What caused the highest-ever single-day rainfall during December in Mumbai?

People in Mumbai are feeling cold due to a reduced gap between night and day temperature, Meteorological officials noted. The rain and the northerly winds too have added to the cold weather conditions in the city.

On Wednesday (December 1), the city witnessed its highest ever rainfall in December. The rainfall, unseasonal showers lashed the city on that day. The city recorded 91.2 mm rainfall in 24 hours that day, as per IMD’s Santacruz observatory.

As per the reports, Wednesday’s rainfall was caused by a cyclonic circulation over southeast and east-central Arabian Sea. Its interaction with a western disturbance brought the city heavy rainfall. Such heavy rainfall during November-December in Maharashtra is a rare phenomena and is unusual.