Space has been identified as one area of growth for the UAE as it works to diversify its economy. UAE Space Agency to go beyond Venus. The Gulf country is now pursuing a “Beyond Mars’’ mission the launch of which is planned in 2028. 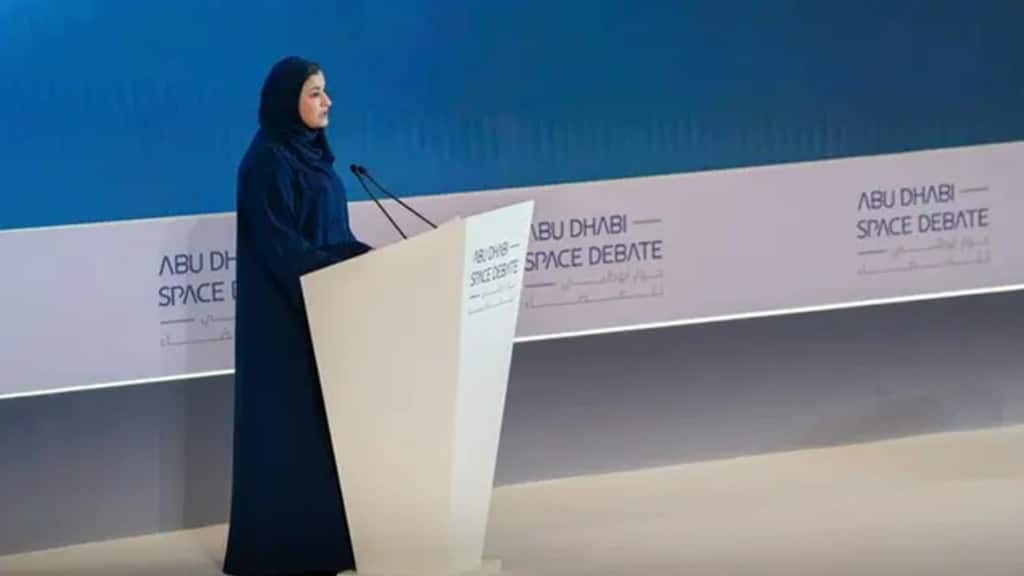 Sarah Al Amiri, Minister of State for Public Education and Future Technology and chairwoman of the UAE Space Agency spoke exclusively to FE Online on the sidelines of the Debate.

The ongoing Russia-Ukraine war and other emerging threats globally are expected to have an impact on the Space Sector, thereby impacting the lives of the people.

Sarah Al Amiri, Minister of State for Public Education and Future Technology and chairwoman of the UAE Space Agency, at the Abu Dhabi Space Debate stated that the sector is facing many challenges. Adding, there are new challenges and new actors in the space domain and from bi-polar world of the Cold war and to multilateral world where are 70 nations are in the space sector. “The fast-growing private sector is playing an increasing role and the global tensions have threatened some of the most cherished aspects of space.”

Space has been identified as one area of growth for the UAE as it works to diversify its economy.  Two years ago Emirates Mars Mission, or Hope, a Mars orbiter was launched. The Gulf country is now pursuing a “Beyond Mars’’ mission the launch of which is planned in 2028. This mission would fly by other planets – like Venus and several asteroids.

Sarah Al Amiri, Minister of State for Public Education and Future Technology and chairwoman of the UAE Space Agency spoke on the sidelines of the Debate.

UAE is the first country in the region to have such a robust space programme and agency, what is the purpose to set up a space agency?

So it all started before setting up the agency in 2014, the space sector was selected as a driver for transformation for the science and technology sector, and for a builder of capabilities, and a disrupter of the normal way of doing business.

The agency was created as a need. One, there’s a regulatory need as we continue expanding into the private sector and enabling the private sector and allowing regulations to enable the private sector to move it forward. The second aspect that becomes important is there is a potential to enter into the space sector, from a global perspective and be part of the global value change chain and also be part of the global agenda. And all of these different factors together with the UAE is pushed to realize the potential and outcomes of science and technology, and research and development becomes sort of aligned and the stars aligned for this to then become a priority area for the country. Now, what we’re doing today is to continue driving those capabilities, we are looking very seriously at individuals, and also organizations that want to expand within the sector. We are providing them with opportunities to take off their risks, to build heritage, to be able to gain contracts, and also be part of our national programs, international projects.

And you are looking for all kinds of professionals in this sector from across the globe?

And, what about the women in this sector? There is a perception that women do not get any opportunity.

Yes. The story is completely opposite. So in terms of STEM graduates from STEM fields, we have reached gender parity. So roughly 40 to 50 percent of our graduates are women. You saw in the Technology Innovation Institute, which is one of our foremost applied research institutes — from the Emirati team, 55 percent are women. And again, even within our space program, our space projects have at least 30 to 40 percent women. Of course, it’s a merit based system, no one is selected, there’s no quota. You don’t make it just because you’re a woman. At the end of the day, we’re all here to deliver on massive projects with large challenges and the speed by which we are moving does not allow for us to have a quota system, we need the best and brightest minds there. A lot of it stems from the leadership of the country. The leadership is highly supportive of creating equal opportunity, of removing any types of inherent biases and also of supporting and driving people forward and creating necessary opportunities to be able to realize their potential. So we see even outside the science field, be it in government or in the private sector that women are empowered and enabled. And I think we’ve even reached beyond empowerment to having natural equal opportunities.

So what’s next on the agenda of the space agency?

So we’re currently having two large projects — our mission to the asteroid belt that’s due for launch in 2028.

Are you with India’s Space Agency or private companies?

So we had an interesting conversation with Minister (Dr) Jitendra Singh (Union minister of State, Science and Technology), when he was here on the opening day (December 5, 2022). Our collaboration as a nation, science and technology is becoming an area by which we want to explore, expanding within it, and we will continue discussion on how to do it. And it’s not only a space discussion; it’s a broader science and technology, because I do believe that we can work together in vital areas to be able to push the agenda forward.

One nano satellite was launched back in 2017 by ISRO. Any future plans to launch from India?

So we’re exploring. It has already developed capabilities in terms of building students, satellites, and has also transferred that knowledge to Bahrain through the Light-1 programme (The UAE-Bahraini Light-1 CubeSat was launched successfully into orbit. This launch was from the International Space Station, in cooperation with the Japan Aerospace Exploration Agency (JAXA).)

In terms of launch capabilities and utilizing launch vehicles, what we do is we actually study based on the project, what are the requirements and risks associated. What provides the best potential for that particular program to launch.

Is budgeting an issue?

So we haven’t faced an issue in terms of the important projects that we have for the space sector, and furthering it forward. So as we arrived on Mars, discussion already started on our next mission, which is the asteroid belt mission. After that kicked off about 18 months later, we got approval for the constellation. So we’re blessed that the leadership understands the value of science and technology, and the ripple effect and the direct effect that it will create within the economy and also within society in terms of building capabilities and also benefiting in terms of the outcomes. And we continue to work very well with the ways of leadership with other government entities, and now, the private sector is becoming more and more part of that conversation.

And you have a robust private sector, or you’re tapping other countries?

Yes. We’re building it right now. So all of our projects will now have a component for the private sector. We are also working with employees within the sector to start spinning out their companies hopefully building their capabilities and we’re also building a program to build know-how and experience and in a condensed amount of time based on the experiences that we’ve had.