On Saturday, the Delhi government announced closure of physical classes in schools, colleges and other educational institutions for a week from Monday. 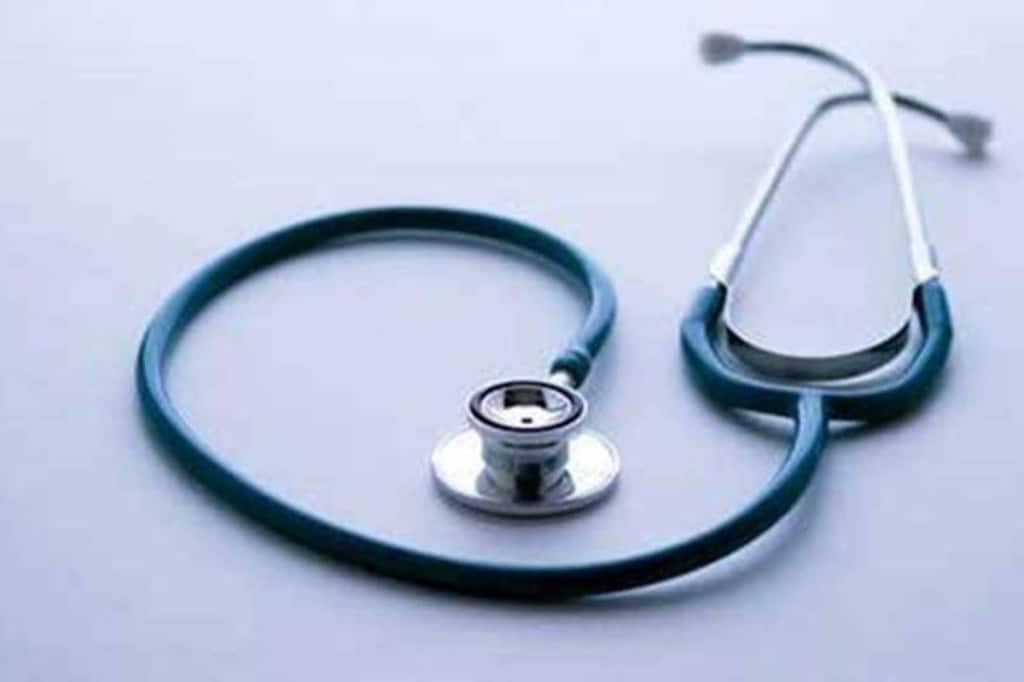 No construction and demolition activity is allowed in the capital till November 17, it announced in a desperate effort to contain spiralling air pollution levels.

Meena Thakur coughs non-stop as she sits down on the floor to have lunch near the entrance of All India Institute of Medical Sciences (AIIMS) in Delhi.

With a stuffy nose and watery eyes troubling her, she wraps it up quickly and covers her face with her scarf to keep the dust away – hazardous air quality has pushed the national capital on the cusp of a health emergency and an increased number of people have been seeking medical help.

“My father-in-law is in the hospital. I came from Jalaun (in Uttar Pradesh) to see him on Thursday. I was okay at home, but developed a cold and cough after coming to Delhi. There’s smoke all around. I will leave as soon as he is discharged,” she says.

Across the road, Pawan Yadav, a sanitation worker at Safdarjung Hospital, coughs up phlegm every few seconds.

Yadav, who came to Delhi from Etah in Uttar Pradesh four years ago, says he would leave the city within a day if someone gives him an equal-paying job in his town.

“Jo nuksaan hona tha ho gya. Aur bhi dikkatein hain jeevan me (the damage has been done. There are other bigger problems in my life),” he says and spits again, when asked if hazardous air pollution is a cause for concern for him.

Throat-burning smog has been smothering Delhi since November 4.

According to an analysis by the Delhi Pollution Control Committee (DPCC), people in the national capital breathe the worst air between November 1 and November 15 every year, as unhelpful meteorological conditions trap pollutants coming from local sources and stubble burning in neighbouring states — Punjab and Haryana.

On Saturday, the Delhi government announced closure of physical classes in schools, colleges and other educational institutions for a week from Monday. All government offices, agencies and autonomous bodies, except those involved in essential services, have been asked to work from home.

No construction and demolition activity is allowed in the capital till November 17, it announced in a desperate effort to contain spiralling air pollution levels.
Doctors say there has been a “30 to 40 per cent increase” in the number of people coming to hospitals with respiratory problems.

“We have observed an increase in the severity of asthma attacks. Those with pre-existing respiratory issues are requiring hospitalisation. These are acute effects of the hazardous air pollution in the city,” said Dr Vikas Maurya, head of Pulmonology Department, Fortis Hospital, Shalimar Bagh.

The hospital has been reporting 25 to 30 cases of respiratory disorders per day. Of these, three to four are of “severe” nature. Around 50-55 patients with breathing issues are admitted in the hospital at present, he said.

Dr Abhinav Guliani, pulmonologist, Ganga Ram Hospital, said there has been a two to threefold increase in the number of patients with respiratory infections since Diwali.

“We have been witnessing up to 30 patients per week. Normally, we would see around 10 to 20 such patients in a week,” he said.

The hospital has been advising elderly patients and those with respiratory diseases to stay at home and step out only if it is absolutely necessary.
Dr Neetu Jain, senior pulmonologist at PSRI Hospital, said they have recorded at least 25 per cent increase in respiratory diseases.

“We have admitted around seven patients, who have been stable in the last one year, after the rise in air pollution. We have also witnessed an uptick in the number of people without any history of respiratory illnesses,” she said.