Ever since the discovery by Joshi, there had been much excitement and speculations among the archeologists about the site, and the 90s excavations revealed many new aspects of this ancient urban centre that easily placed it among the “most exciting discoveries of the past half century” (Allchins, Origins of a Civilization, 1997). 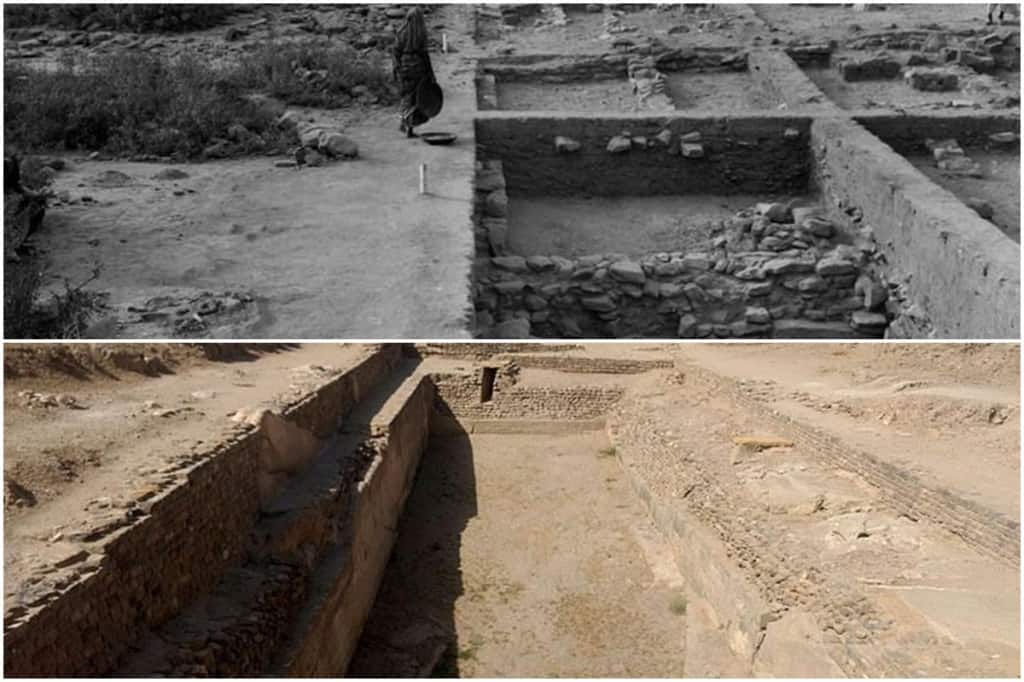 Dholavira stands out in its unique town planning, which while adhering to some of the typical Harappan norms, remains distinct from an overall viewpoint. (Pics from the ASI archives)

The ancient site at Dholavira, recently declared a UNESCO world heritage site, was first discovered by Jagat Pati Joshi in 1966-68, and excavated almost two decades later by a team led by R.S. Bisht in the 1990s, is among the largest known Harappan settlements in India. Ever since the discovery by Joshi, there had been much excitement and speculations among the archeologists about the site, and the 90s excavations revealed many new aspects of this ancient urban centre that easily placed it among the “most exciting discoveries of the past half century” (Allchins, Origins of a Civilization, 1997).

Why Dholavira is unique

Also Read
International day of forests: Collaborative effort to help save our forests
Comet Leonard to be visible in India tonight: When and how to catch
India needs to Moon Trap
Rita Roy Choudhury to lead climate change and sustainability services business at ECube

The 1990s excavations, as R.S. Bisht writes in his ASI report, showed that “here lies buried the spectacular remains of a Harappan city which are highlighted by an intricate planning [of] an elaborate fortification… fine water structures… and successive settlements of over a millennium.” Thus, Dholavira not only saw the phases of the Harappan culture, it also witnessed an antecedent culture often known as the pre- Harappan culture, and a rather impoverished post-Harappan culture for a short period.

Dholavira stands out in its unique town planning, which while adhering to some of the typical Harappan norms, remains distinct from an overall viewpoint. While its acropolis (citadel built on a hill) is within the city (like Lothal), it shows two close fortified enclosures of similar sizes (as in Kalibangan) termed ‘Bailey’ and ‘Castle.’ However, while Lothal and Kalibangan show two divisions within the city- the lower and upper towns, Dholavira has three parts- acropolis or the upper town, a lower town, and a middle town. The acropolis or the upper town, presumably the home for the city’s ruling section, was insulated on all sides with wide open areas and thick fortified walls. The middle town with its neat crisscrossing of broad streets at right angles could have held the residences of the traders and various craftsmen. Interestingly this area holds a large ceremonial ground (akin to a stadium), which may have been used for elaborate public events. Beyond the middle town lay the lower town, with residences likely for the common workers.

Another unique feature of Dholavira is the extensive use of stone for construction work. From the castle’s fortifications which had mud bricks flanked by stone walls, to rooms built of dressed stones with highly polished pillar segments (circular and square) in stone, were all found in their original positions during the excavations.

The water conservation system in Dholavira is another aspect that stands as its hallmark. Besides the wells, the city stands out in building some of the most imposing water reservoirs near the south and east fortifications of the castle. Of the two largest ones, one is cut out of huge rock, and as per Bisht perhaps the “earliest example of rock-cut” water reservoir. Stone drains further pushed the storm waters to the lower town part that had bunds in place, thus creating many more natural reservoirs, which would have given the town a lake like appearance during the rains. The two seasonal rivers bordering the town also had a series of dams that directed the waters to the lower town area.
Among the most famous artifacts from this site is a nearly 3 m long inscription, composed of carefully cut pieces of crystalline nature, which from faint traces on its upper parts show that was engraved on a wooden board. Thus, this wooden plank would have been hung somewhere on the northern gate, visible to the middle town. While the inscription doesn’t help to read the Harappan script, its finding in the archeological field is certainly marked as ‘the discovery of the decade” as was summed up by V. N. Mishra.

Dholavira, from containing within its layers stories from pre –Harappan era, to displaying unique urban planning, to having an advanced and well developed water conservation system, stands as an exemplary model city showcasing proto-historic India’s achievements in the arena of high level urban planning and top notch engineering skills, and it richly deserves the UNESCO heritage tag that it recently received.