The commission said 1,215 sites were inspected till December 7, and violations were reported from 228 units across various sectors in Delhi, Uttar Pradesh, Haryana and Rajasthan. 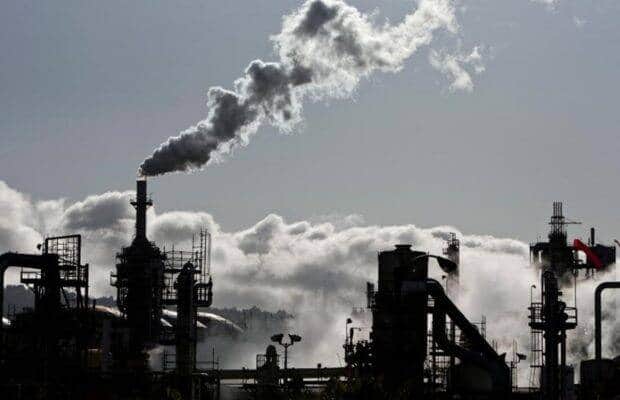 It said its flying squads have verified that 111 out of the 228 units have been physically closed down till further orders. (File/Reuters)

Cracking the whip on industries flouting pollution norms, the Commission for Air Quality Management (CAQM) has ordered immediate closure of 228 such units across Delhi and NCR districts in neighbouring states.

In an official statement, the commission said 1,215 sites were inspected till December 7, and gross violations were reported from 228 units across various sectors in Delhi, Uttar Pradesh, Haryana and Rajasthan.

It said its flying squads have verified that 111 out of the 228 units have been physically closed down till further orders.

“Gross violations of directions or orders of the commission and non-adherence of prescribed norms has been reported from 228 number of units or sites across various sectors. Of these, closures have been identified for 128 industries, 58 construction and demolition project sites and 42 residential complexes operating on diesel generator sets,” the panel said.

It said rigorous inspections in units in the NCR, across air pollution contributing sectors, continue through 40 flying squads constituted by the commission. The Enforcement Task Force (ETF) of the commission is reviewing the field level action and inspection reports of the flying squads on a daily basis, the panel added.

Flying squads particularly check for compliance in respect of various directions and orders issued by the commission from time to time towards abatement of air pollution, particularly for measures to be taken for the critical winter months, including related statutory environmental rules or regulations and guidelines issued by the agencies concerned in the central and state governments.

The CAQM, however, said that general compliance levels are reported to be satisfactory and improving over the days.

“However, serious violations still being reported across sectors; majorly in industrial units, construction and demolition project sites, use of diesel generator sets in industrial installation or commercial complexes and residential setups.

“In geographical terms, such gross violations have been reported across the respective jurisdictions in the National Capital Region, with 38, 48, 104 and 38 cases reported from the NCT of Delhi and the NCR districts of Haryana, Uttar Pradesh and Rajasthan respectively,” it said.

The ETF, after deliberations and detailed screening of the non-conformities or non-compliances recorded in the inspection reports, decides for immediate closure of such units to prevent any further deterioration of air quality, as also a signal to act as a strong deterrent for violators of environmental norms, the panel said.