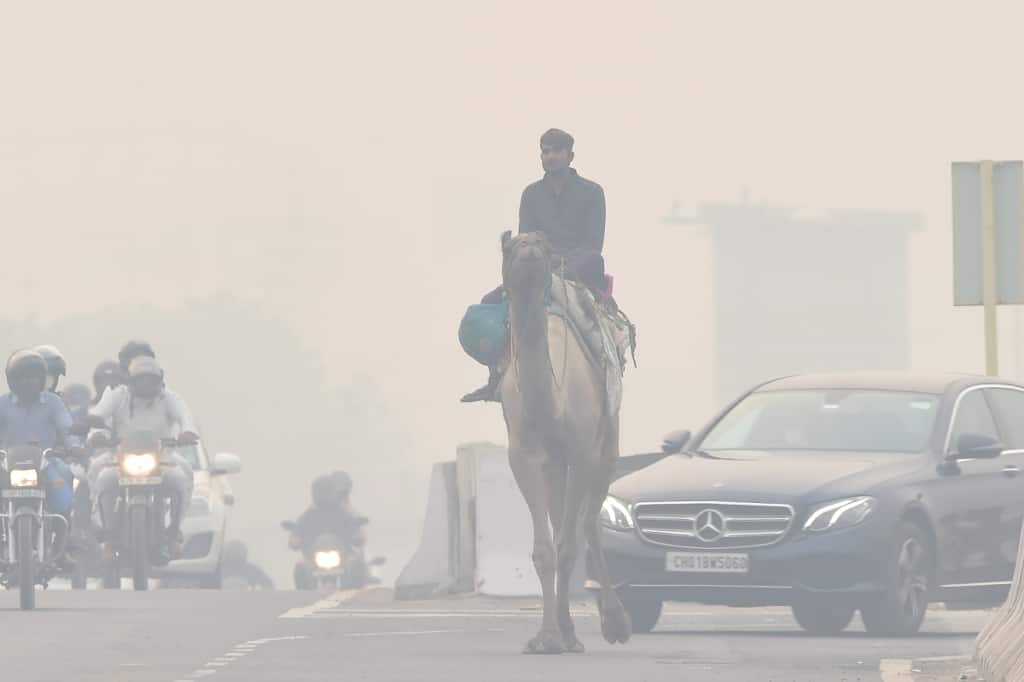 A man rides a camel as traffic plies on a road with headlights on amid smog in New Delhi. (PTI photo)

Delhi is shutting down again, albeit partially. In a bid to stave off the harmful effects of the severe smog engulfing the city, the Arvind Kejriwal government has announced some measures. Starting Monday i.e. tomorrow, these curbs announced by the AAP government will come into force. What are these measures and what is the status of the Delhi lockdown? Here are top updates from the critical story: