CST-100 Starliner has been manufactured by Boeing to transport crew to and from the International Space Station under NASA’s Programme to include private players in the mission. 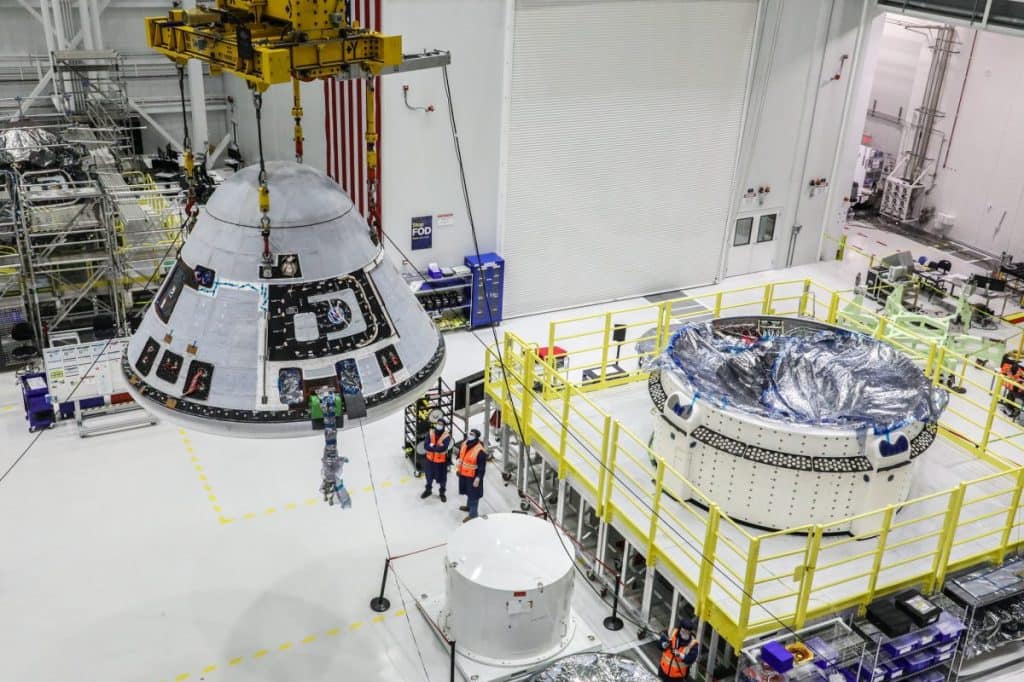 The first test flight had been conducted in December 2019. (Image: Boeing/John Proferes)

NASA Boeing orbital flight test: NASA, Boeing update the test flight date for Starliner to April 2 at the earliest! NASA and Boeing are preparing to conduct the second uncrewed flight test for a Boeing spacecraft under NASA’s Commercial Crew Programme, and now, the launch date target for Boeing Orbital Flight Test -2 is not before April 2. During this time, the teams would work on ensuring the quality as well as the safety of Boeing’s CST-100 Starliner spacecraft, and this additional time would give the teams more time to undertake spacecraft and hardware processing. CST-100 Starliner has been manufactured by Boeing to transport crew to and from the International Space Station under NASA’s Programme to include private players in the mission.

If the test flight is successful, the Boeing CST-100 Starliner would be considered ready to begin ferrying astronauts to the orbiting space station.

The first test flight had been conducted in December 2019, during which several anomalies had been found by a joint Boeing and NASA Independent Review Team. Now, however, the teams working on the spacecraft have completed about 95% of the recommendations that the review team had suggested. Boeing recently replaced the avionics unit in the spacecraft ahead of the final propellant loading because it had been affected by a power surge during ground support equipment configuration as part of the final checkouts.

Formal software tests have now been completed, and so the company is continuing with preparations for the test flight, ready to conduct the end-to-end mission rehearsal.

NASA’s Commercial Crew Programme manager Steve Stich said that both NASA and Boeing were working together for the first mission of this year. He added that even as the mission is an uncrewed test flight for subsequent missions that would ferry astronauts to and from the ISS, the teams will conduct the flight test when they are ready, indicating that the teams do not aim to get anything wrong in an attempt to conduct the flight test quickly.