Chandrayaan 2: How ISRO’s lunar mission is setting a milestone in the history of Moon expeditions

Chandrayaan 2: The United States is the only country to have ever put humans on the moon, however, Russia (erstwhile USSR), Japan, China, European Space consortium and India have all made visits to the moon using Lunar probes. 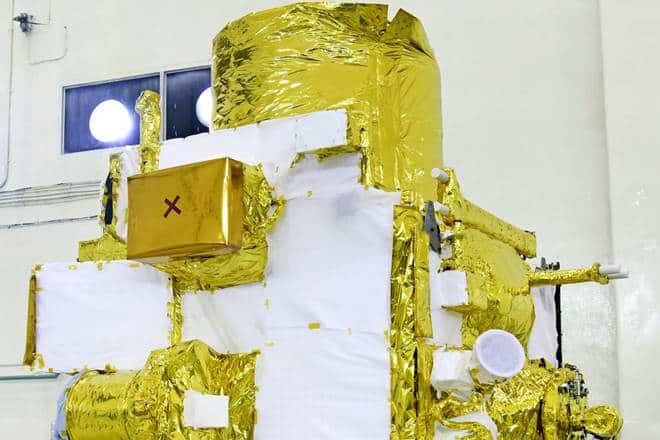 After the entry into Moon's sphere of influence, the spacecraft shall be slowed down in speed to affect a Lunar Capture. (Twitter/ISRO)

Chandrayaan 2: In the wee hours of 15th July 19, in just next several hours, India’s Chandrayaan-2 space exploration endeavours shall commence. After the 15th July launch and till rover insertion onto the lunar surface by early Sept’ 19, the time shall be utilised for manoeuvring the Lunar probe from initial Earth Parking Orbit to gradually achieve Lunar Orbit transfer trajectory for its insertion into Lunar orbit.

After the entry into Moon’s sphere of influence, the spacecraft shall be slowed down in speed to affect a Lunar Capture. Through a series of finely controlled orbital manoeuvres, Chandrayaan-2 shall be placed in a closer moon orbit by early Sept’19 and thereafter, the Lander module shall separate from the Orbiter mother ship and soft land on Lunar surface to release the Rover onto the Lunar surface.

Says Dr Rajeswari Pillai Rajagopalan, Head, Nuclear and Space Policy Initiative, ORF, “Chandrayaan 2 will be a fairly impressive feat if all goes as planned. Landing on the southern pole is also a first – no other country has done it before. This also demonstrates the growing competition in space but more particularly as it relates to the moon. China landing on the far side of the moon at the beginning of the year and on the near side of the moon a few years ago and the US wanting to go back to the moon are all signs of the budding race to the moon. Moon is also explored by many countries as a possible destination for resources including minerals and water. ”

According to her, “For India, given the complex nature of the mission, the technological spin-off benefits from Chandrayaan 2 are also significant. Deep space communication capabilities are a case in point.”

Chandraayan-2 shall herald a technology which the Nation can rely on for propelling its future economic growth. The landing of rover Vikram shall place India in the exclusive service provider group of future space travellers, as the Moon has evolved as the launch point for all interplanetary space missions.

The targeted South Pole landing of rover indicates the intent of the Indian scientific community too in this direction. “The rovers activity for one lunar day (equal to 14 Earth days) and Orbiter’s experiments for one-year duration are meant to expand the lunar knowledge via the study of topography, seismography, mineral identification and distribution, surface chemical composition, thermo-physical characteristics of topsoil and composition of lunar atmosphere. This shall also provide a new understanding of the origin and evolution of the Moon, Kulshreshtha explains.

According to him, Chandrayaan-2 launch closely coincides with the 50th anniversary of Apollo 11 mission and, since last manned Apollo 17 mission to the moon on 14 Dec 1972, a recent flurry of planning the manned lunar mission after 46 years by an exclusive club of USA, Russia, China and India is a point in interest.

The United States is the only country to have ever put humans on the moon, however, Russia (erstwhile USSR), Japan, China, European Space consortium and India have all made visits to the moon using Lunar probes.

The clock is ticking for manned missions to the moon since this time humans are going to Moon for staying there, setting up moon bases, and establish the supply lines to support the future launch of deeper space exploration missions by leveraging the Lunar advantage.

ISRO’s manned Lunar mission too is scheduled in the coming 20’s decade. “However, India may do well by first considering launching a man into space and recover him safely, since launch and re-entry into Earth’s atmosphere are two most risky moments in any manned space programme and, therefore India’s manned space flight may well prelude manned Lunar mission, Kulshreshtha suggests.