The paper’s author Sangeetha Abdu Jyothi said that the Sun has an 11-year-cycle of high and low activity while also having a longer cycle that spans 100 years. 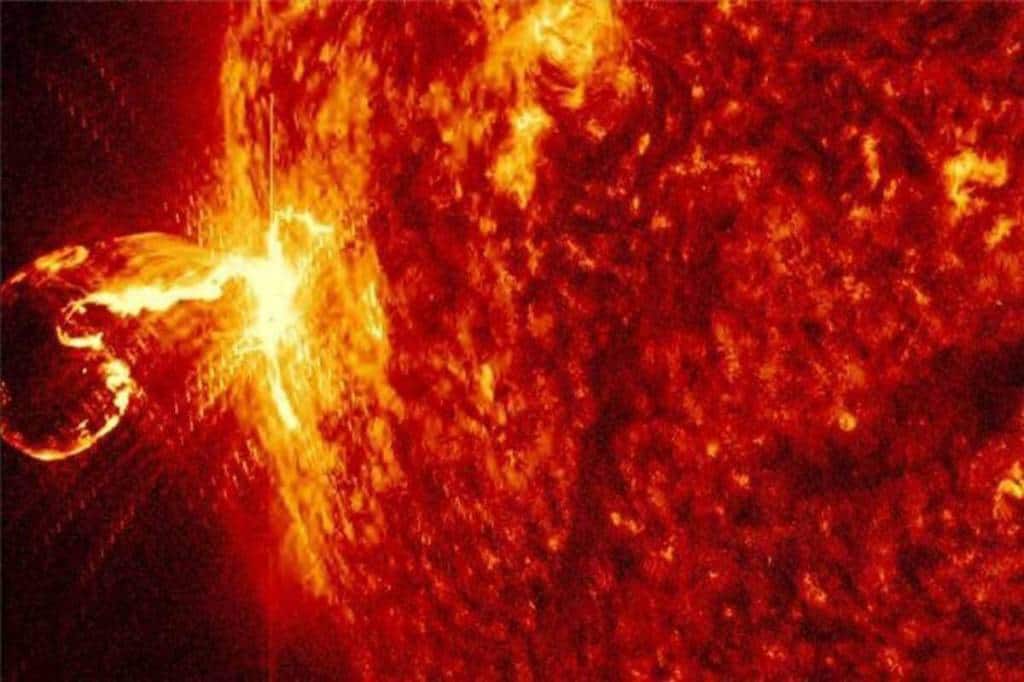 Solar Storms and Internet: The world has seen a very rocky 2020 and 2021 so far due to the coronavirus pandemic – with its multiple waves and numerous variants – along with locust attacks in 2020 and cicada invasion in 2021. However, the internet has come to the rescue of everyone, be it for staying in touch with loved ones while in lockdown, helping others get access to resources and verified information, work from home, study from home or just taking a break. Now though, a study has found that our very own Sun has the potential to cause an internet apocalypse.

According to a report in The Indian Express, the paper was presented at the ACM SIGCOMM 2021 Conference in August and it noted that the internet could be disrupted due to a powerful solar storm. But that is not all. A solar storm also had the capability to damage submarine cables as well as communication satellites. What’s more is the fact that studies conducted earlier have demonstrated a 1.6% to 2% chance that an extreme space weather event could take place within the coming decade.

Solar storms, called Coronal Mass Ejection by astronomers, refers to the phenomenon in which the Sun ejects highly magnetised particles. These particles have the potential of traveling to the Earth within a span of 13 hours to 5 days, since they can traverse at several million kilometres per hour.

While the atmosphere of the Earth protects humans from these particles, they can still interact with the magnetic field of our planet. They have the potential to result in strong electric currents on the surface and can also affect the structures made by humans. ‘

Back in 1859, the first recorded solar storm had taken place, and it had been able to reach the Earth in a span of mere 17 hours. It resulted in disrupted telegraph networks, and in fact, many operators also suffered electric shocks. Another solar storm in 1921 managed to impact the New York telegraph network as well as the railroad systems. Moreover, in 1989, the power grid in Quebec, Canada collapsed due to a small-scale storm.

To put things in perspective, estimates in a 2013 report showed that if a solar storm like the one in 1859 were to impact the US now, it could cause a whopping 20 million to 40 million people to live without electricity for a period as long as one to two years. The economic cost could be between $0.6 trillion to $2.6 trillion.

Technology developed rapidly in the last three decades, and during this time, the Sun was in its period of low activity, the report added. Therefore, there are not a lot of studies on whether the current technological infrastructure has the potential to face a powerful solar storm.

The report cited paper’s author Sangeetha Abdu Jyothi as saying that the Sun has an 11-year-cycle of high and low activity while also having a longer cycle that spans 100 years. The internet was expanding during the low period of the Sun, but very soon – in this 11-year cycle or the next one – the peak of the 100-year cycle is approaching. This means that there is a possibility that a powerful solar storm might be witnessed soon.

She was also cited as saying that submarine cables that are longer are more susceptible to risk. Modelling studies have also tried to understand the impact that countries’ connectivity would face. More or less, cables connecting India are expected to be unaffected. Jyothi further said that as compared to the US, India is less vulnerable. However, the strength of the solar storms is not known, nor is it known for a fact how a powerful one could actually affect India.

The paper has also mentioned that if the space agencies are able to use their probes detecting solar storms to give advanced warning about an event, then a temporary internet shutdown strategy, similar to the way power grids are switched off, might be able to a protect the equipment and infrastructure during a solar storm, which would allow the services to continue. Since most of the work is now dependent on the internet, including majority of healthcare services, it would be important to ensure that there is no infrastructural damage due to the solar storm.