As it creeps into Florida, the tropical storm is expected to “rapidly intensify” throughout the weekend. 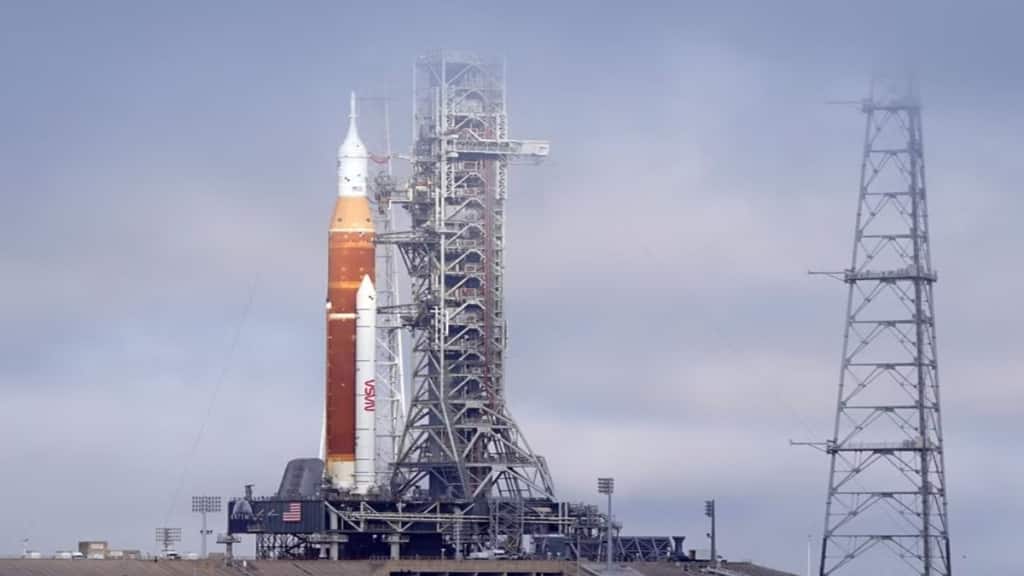 The next launch window will be between October 17 and 31. (Image AP)

Due to a tropical storm, the National Aeronautics and Space Administration (NASA) postponed the launch of its historic unmanned mission to the moon set for Tuesday. Reportedly, the storm is expected to grow as it approaches Florida.

The agency is forgoing a launch opportunity and preparing for rollback (from the launchpad). It will continue to watch the weather forecast associated with tropical storm ‘Ian’, the aeronautic agency said on Saturday.

As it creeps into Florida, the tropical storm is expected to “rapidly intensify” throughout the weekend. Florida is home to the Kennedy Space Center, from whence the rocket is planned to launch.

On Sunday, the Artemis 1 team will decide whether to wheel back the massive Space Launch System (SLS) rocket to the Vehicle Assembly Building or not. The orange and white SLS rocket, on the launch pad, can survive wind gusts of up to 137 kilometers per hour.

The next launch window will be between October 17 and 31. There will be one launch opportunity every day except on October 24-26, and 28.

In preparation for future human-manned moon missions, the Artemis 1 space mission aims to test the SLS and the unmanned Orion spacecraft that sits atop it. After many delays and huge expenses, a successful Artemis 1 mission will be a big relief for the US space agency.

In 1958, NASA was established to give the US space development effort a distinctly civilian orientation, emphasizing peaceful applications in space science. Since its establishment, most American space exploration efforts have been led by it.

Artemis 1 is a planned uncrewed Moon-orbiting mission and will be launched on the Block 1 variant of the Space Launch System. Interestingly, Artemis 1 was outlined by the agency as Exploration Mission 1 (EM-1) in 2012, when it was set to launch in 2017.