‘Hyperloop’ is a unique vision of the future of transportation 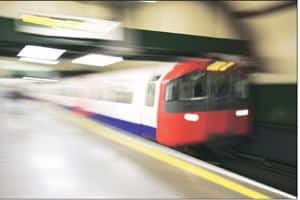 This could well be an early manifestation of Elon Musk’s sci-fi vision for the Hyperloop proposed in 2013. As per Musk’s ‘Hyperloop’, getting from London to Edinburgh or Los Angeles (LA) to San Francisco could take as less as 30 minutes.

The Hyperloop is billed as a cheaper, faster alternative to high-speed rail or airplanes: levitating pods sucked through low-pressure tubes at nearly the speed of sound. The concept is now inching closer to reality. Recently, Hyperloop One—a well-funded, slightly dysfunctional, futuristic transportation start-up based in the US—said that it would study the possibility of building the world’s first passenger-ready Hyperloop in Dubai.

Just picture this. It’s 2021, you’re in Dubai, and you need to get to Abu Dhabi, roughly 100 miles away, so you bring up an app on your phone. A few minutes later, a self-driving pod pulls up at your door, brings you to a ‘portal’. At the portal, your pod docks together in a transporter with other pods carrying more passengers or maybe cargo. Then they are fed into a vacuum-sealed tube, where you’ll zip along at hundreds of miles per hour to your destination. When you get to Abu Dhabi, the pod undocks and drives you directly to your destination. Door to door, the trip takes about 15 minutes.

The combination of an on-demand, autonomous transportation service with faster-than-a-jet speeds between cities is another sign that Hyperloop One will continue to ratchet up expectations in its quest to upend the world of freight and public transportation.

But this fantastical vision of the world won’t come cheap: leaked documents from the company recently obtained by Forbes show the cost of building the hyperloop vastly exceed the vision of the original architect, billionaire Musk. The route between Dubai and Abu Dhabi would cost $4.8 billion, or $52 million a mile. Musk’s original concept in 2013 was an $11.5 million-per-mile hyperloop.

The UAE is staking a lot of money, resources, and reputation on Hyperloop One’s success. The feasibility study will be conducted by McKinsey & Co and Bjarke Ingels Group, and paid for by the Dubai Roads and Transport Authority (RTA). The oil-rich kingdom is also an investor in Hyperloop One, helping to contribute to the company’s latest $50 million fund-raising round.

Hyperloop One’s first open-air test in the Nevada desert in May featured a metal sled shooting down a train track at a little more than 100 mph. As per reports, it also plans to show off the full-scale prototype it’s building in Nevada in 2017.

Also in January next year, Elon Musk’s SpaceX will host a public test in California featuring Hyperloop pods built by over a dozen high school and college engineering teams. In other words, the Hyperloop is in for a very busy 2017.