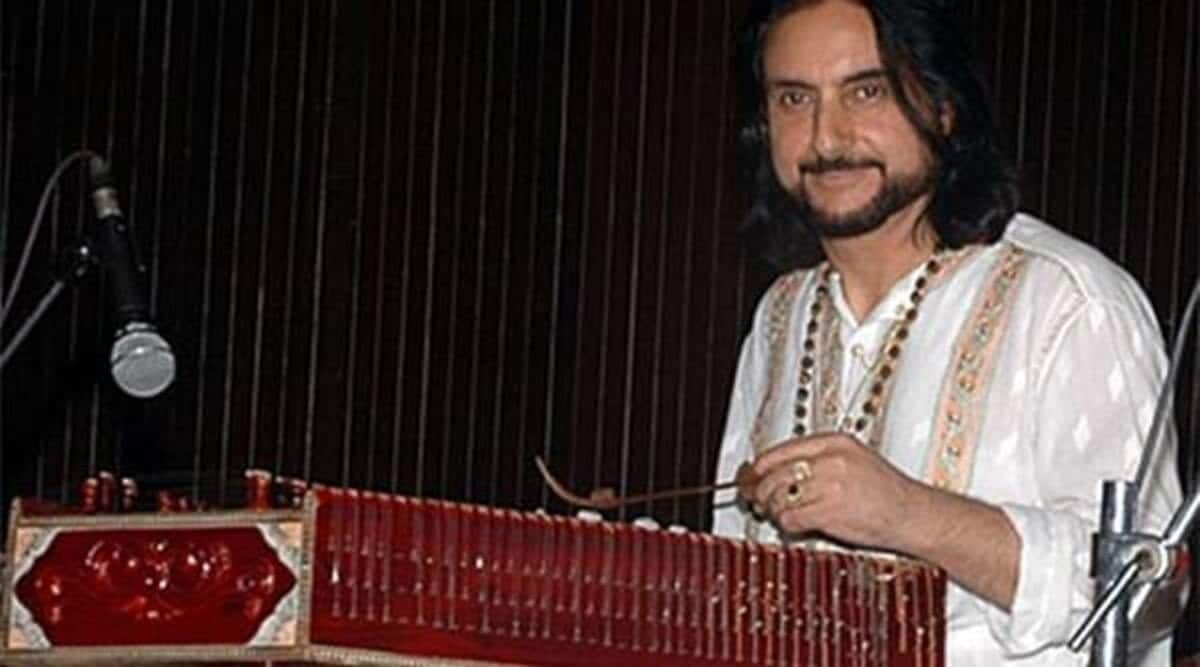 Pandit Bhajan Sopori composed music for over 6,000 songs in almost all Indian languages, including Hindi, Kashmiri, Dogri, Sindhi, Urdu and Bhojpuri, as well as Persian and Arabic.

Santoor maestro Bhajan Sopori, often referred to as the ‘saint of santoor’ and ‘king of strings’ for his mastery over the instrument, died on Thursday at a Gurugram hospital following a battle with cancer. He was 73.

Sopori is survived by his wife and two sons Sorabh and Abhay, who also plays the santoor.

“He was diagnosed with colon cancer last year in June. We admitted him to Fortis, Gurugram, three weeks back for immunotherapy treatment. It didn’t work for him and his health deteriorated,” his son Abhay told PTI.

“Papa has been with me whenever I have performed. I don’t know how my life is going to be without him,” the grieving son added.

The last rites will be held at the Lodhi Road crematorium here on Friday.

Sopori’s death comes just weeks after santoor virtuoso Pandit Shiv Kumar Sharma, who also belonged to Kashmir and took the stringed instrument to the classical music stage, died on May 10. And on Saturday, playback singer KK passed away on Saturday in Kolkata following a cardiac arrest.

Sopori received multiple awards through his career, including the Padma Shri in 2004, the Sangeet Natak Akademi Award in 1992 and the Jammu and Kashmir State Lifetime Achievement Award.
The musician-composer belonged to north Kashmir’s Sopore district and came from the ‘Sufiana Gharana’.

Sopori, who gave his first public performance at the age of 10, was initiated into the intricacies of santoor playing by his grandfather Pandit Samsar Chand Sopori and later by his father Pandit Shamboo Nath Sopori. The musician is considered a pioneer in establishing the santoor on national and international platforms as a complete solo instrument. He is also credited with innovating the instrument to improve its tonal quality and range.

Sopori had a double Masters degree in Indian classical music, specialising in both the sitar and the santoor. The versatile artiste also had a Masters degree in English Literature and studied Western Classical Music at Washington University.

Sopori composed music for over 6,000 songs in almost all Indian languages, including Hindi, Kashmiri, Dogri, Sindhi, Urdu and Bhojpuri, as well as Persian and Arabic.

During his career, he composed music for ‘ghazals’ written by greats such as Ghalib, Daag, Momin, Bahadur Shah Zafar, Iqbal, Faiz Ahmed Faiz and Firakh Gaurakhpuri. He also set to tune the works of Kabir and Meera Bai.

In 2011, Sopori was honoured with a Rs 5 stamp, a special tribute by the Indian Postal Department for his extraordinary work in the field of art and culture.

National Conference leader Omar Abdullah described him as a “colossus in the world of classical Indian music who made the santoor his own”.

Condoling the musician’s death on Twitter, the former chief minister of the erstwhile state of Jammu and Kashmir said he was “very sorry to hear about the tragic demise of Padma Shri Pandit Bhajan Sopori sahib. A great son of the soil…” The Jammu & Kashmir National Conference also mourned Sopori’s death in a tweet.

“Dr Farooq, @OmarAbdullah condole demise of Santoor Maestro Bajan Sopori. They said ‘He was a great human being, a very talented musician. His contribution to music will be remembered by generations to come. They prayed for peace to the deceased & strength to the bereaved family’.” BJP leader Devender Singh Rana remembered Sopori as a humble personl.

“Sad to hear about the demise of Santoor Maestro Pt Bhajan Sopori. Panditji was a very humble person. The music world will miss him. My Heartfelt condolences to Mrs Sopori and @abhaysopori. May the departed soul rest in peace in heaven.” In its tribute to the santoor maestro, the Society for the Promotion of Indian Classical Music And Culture Amongst Youth (SPIC MACAY remembered the musician as the cultural bridge of Jammu and Kashmir with the rest of the country.

“The #SaintofSantoor Pt. #BhajanSopori is no more. He breathed his last today. A cultural bridge of J&K with the rest of the country, he belonged to the fabled Sopori SufianaGharana, the traditional #Santoor family and was a huge supporter of SPIC MACAY. May God bless his soul.”