A fourth-generation flagbearer of the Nawabi cuisine recreates the flavours of the bustling Chowk area of Lucknow in the national capital; the result is a work of magic on a platter. 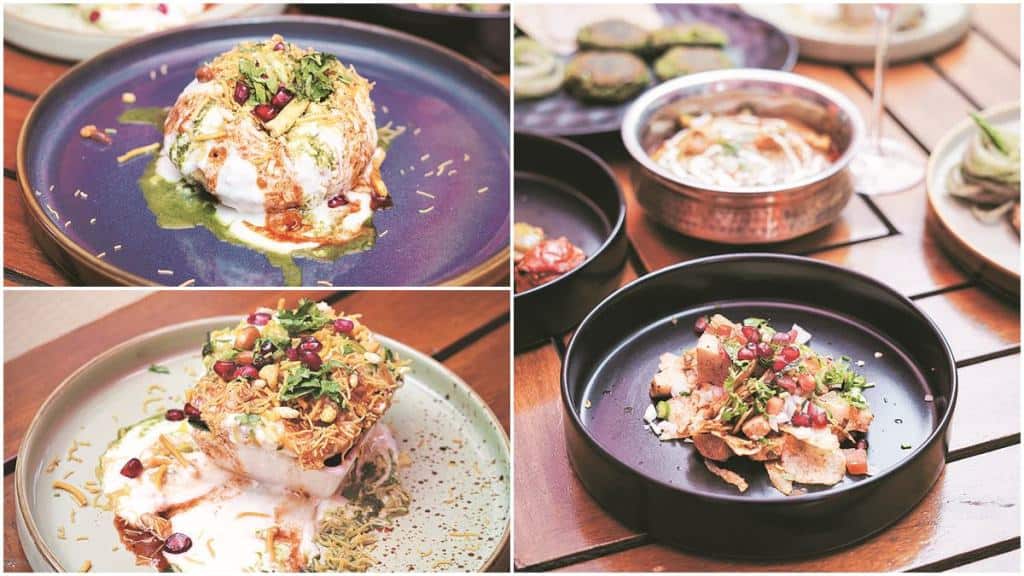 “These are what we can call the true Nawabi dishes or what the kitchens in the royalty cooked in those times and were eventually passed down through the generations,” says Chef Aleem Qureshi, a fourth-generation flagbearer of this rich cuisine.

There’s something about Nawabi food. Rich, regal, and full of flavours, it is also a window to unknown recipes, local ingredients, and age-old techniques. Whether it is the dishes prepared at home or the streetside fare sold in the bustling markets of Lucknow—the seat of power of the Nawabs in the 18th and 19th centuries—no one can match the culinary richness of the royal cuisine.

Take for instance, Murgh Pasanda (in which the chicken is marinated in curd and freshly ground spices and cooked in a gravy of tomatoes and onions) or Badami Murgh Korma (in which tender bone-in chicken is cooked in a rich sauce of fried onions, curd, whole spices, and ground almonds). “These are what we can call the true Nawabi dishes or what the kitchens in the royalty cooked in those times and were eventually passed down through the generations,” says Chef Aleem Qureshi, a fourth-generation flagbearer of this rich cuisine.

Also Read: Does going vegan help you in being fit or is it just a fad?

Also Read
International Men’s Day: Objectives, significance and theme for 2022
History made! First successful launch of Skyroot’s private rocket by ISRO
Business travel is set to rebound: When, where and how?
Book Review: A reform journey well traversed

Qureshi recently recreated the flavours of Awadhi (aka Nawabi) cuisine at K3, the all-day diner at JW Marriott Hotel in New Delhi Aerocity. “Unlike in places like Delhi, where people like to have food which is generally spicy, the Nawabs used to take it easy on this front. So, we use a lot of garam masala for flavour, and black pepper for spiciness. Onion is the base for most of the dishes in Awadhi cuisine and dry fruits like cashew nuts and pistachios are also often used,” says Qureshi, who hails from the Chowk area of Lucknow —one of the oldest markets in north India that still holds on to its Awadhi past and remains true to its roots.

But if you thought you’ve had too much oily food by now, shorba could be your antidote. The Mughlai version of the soup dish comes in both vegetarian and non-vegetarian options. Traditionally, it is prepared by simmering meat in boiling water along with salt. It’s then flavoured with aromatic spices and herbs. It takes minutes to cook and can instantly warm you up on a chilly day.

“We recommend this to our older customers who find it very healthy as well as comforting,” adds Qureshi, who personally likes to have boti kebab (an appetiser kebab prepared with succulent and tender mutton pieces that are marinated well in papaya, green chilli and garlic paste and grilled to perfection) with sheermal (a saffron-flavoured flatbread).

Follow us on
Latest News
Retracing royal culinary past of Awadhi flavours
This exhibition by woman artists from Meghalaya is celebrating womanhood in all its forms
Book your show: Understanding the relation between novels and films
Legacy musicians: Chasing the roots of Rajasthani folk music
Tallest statues in India
Future of money? Slow but steady, India appears to be moving towards a digital currency
Govt withdraws special export duties on iron, steel as inflation eases
Photos
India gets G20 presidency as G20 Summit in Bali concludes – See photos
4 days agoNovember 16, 2022
G20 Summit in Bali: Modi, Biden review India-US ties; Here are Day 2 glimpses
4 days agoNovember 15, 2022
G20 Summit in Bali: Top economic powers huddle in Indonesia for new global roadmap – See Pics
5 days agoNovember 15, 2022
Read More
×
The doctor is in: Sinus solutions
On the shelf: Here are some of the e-books that you may find interesting
A saga of pain & partition: An oral historian’s efforts in tracing family histories culminates in a story of love and longing
The N word: A useful omnibus with informed views on nuclear arms and energy
The ground report: First-person accounts of initiatives that heralded change in Indian society make for a worthy read
The power of sour: Regular intake of fermented foods can bring immense benefits to your gut health and more