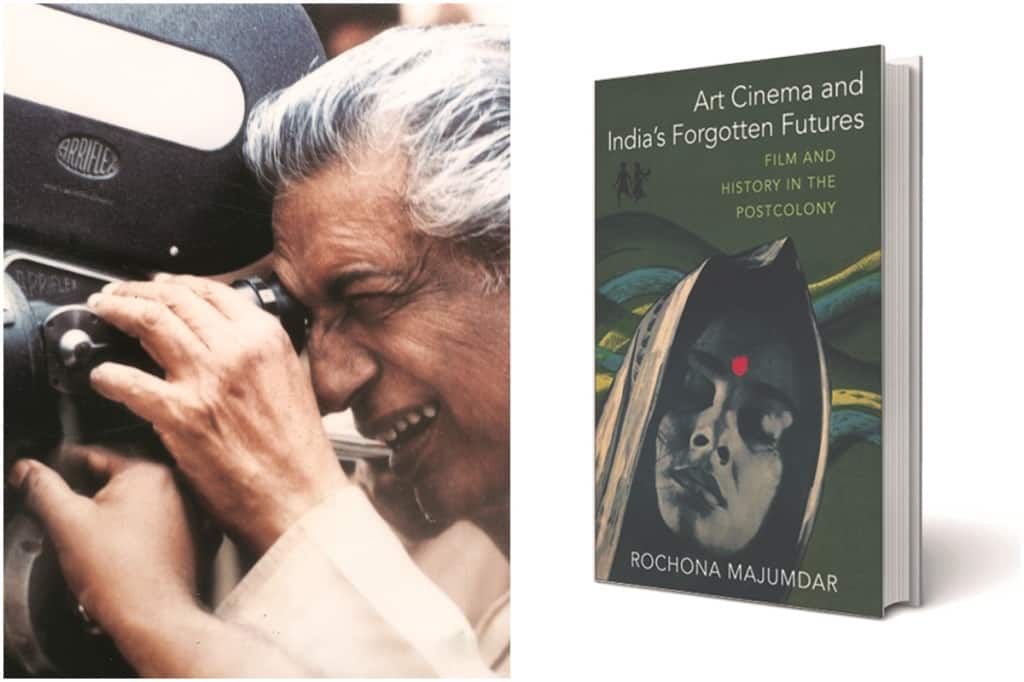 Satyajit Ray was introduced to Ghatak by director Nemal Ghosh at a meeting of the Calcutta Film Society, co-founded by Ray.

In the early 1950s, Ritwik Ghatak wrote impassioned letters to Filmistan, a major studio in Mumbai, pleading with its owners to make movies not with big money or stars, but ideas. Ghatak’s entreaties coincided with a report on the state of Indian film industry authored by a committee appointed by the new Nehru government. The committee, constituted only two years after India gained independence, was headed by former Mumbai mayor SK Patil. One of its five members was V Shantaram.

In 1951, the Patil committee made several recommendations, including a new Film Finance Corporation and an Institute of Film Technique. A year later, the country’s first international film festival screened films from Italy, Soviet Union and eastern Europe. In the years that followed, many institutions like the Children’s Film Institute (1955), Film Finance Corporation and Film Institute of India (1960) and National Film Archive of India (1964) were set up to align the making and watching of movies with nation-building.

It is in this eventful period of Indian cinema in the Fifties and Sixties that Rochona Majumdar summons to set her new book, Art Cinema and India’s Forgotten Futures. Simultaneously a history of art cinema and art cinema as history, the book is an analysis of cinema in a newly-independent nation and the emphasis towards good cinema for creating good citizens. Though many of the Patil committee recommendations were not implemented, Nehru’s committee was different from the first committee on cinema appointed by the colonial rulers more than two decades earlier. It was on censorship in the silent movie era.

Majumdar argues that the art cinema project was tied up with the history of the independent Indian nation. “Starting around the same time as the country’s decolonization in the 1940s and 1950s, an aspiration and an enthusiasm to help build a new nation and fashion modern citizens fueled Indian art cinema,” says the author. The three decades that followed India’s independence witnessed a new kind of Indian cinema. Suddenly Indian films were travelling to international film festivals abroad in stark contrast to the journey of melodrama-filled Hindi movies from Mumbai to theatres as far away as in Egypt and Morocco.

The Indian art cinema project involved many players who influenced its outcome, notably the masters of Bengali cinema, and a film society movement that gripped the country in the decades after independence. A prominent section of the book is devoted to the trilogies by Satyajit Ray (Pather Panchali, Aparajito and Apur Sansar), Mrinal Sen (Interview, Calcutta 71 and Padatik) and Ritwik Ghatak (Meghe Dhaka Tara, Komal Gandhar and Subarnarekha) during the ’60s and ’70s to understand the art cinema’s engagement with the country’s social, economic and political history.

Majumdar, an associate professor in the departments of South Asia Languages and Civilizations and Cinema and Media Studies at the University of Chicago, presents several prominent figures, including filmmakers and film scholars, who played key roles in helping spread awareness of art cinema in the country. One of them was the English film scholar Marie Seton, first invited to India by the ministry of education. Seton, who spoke at film societies and colleges during her many visits, encountered an audience of 3,000-4,000 who came to watch a Sergie Eisenstein film she had carried with her to a screening at a college in Gaya, Bihar, three months after the release of Pather Panchali.

Seton, who would receive a Padma Bhushan in 1984 for her contribution to Indian cinema, also held a public discussion with “two of Bengal’s younger film directors” (Mrinal Sen and Ritwik Ghatak) in Calcutta, the launching pad for India’s film society movement. Satyajit Ray was introduced to Ghatak by director Nemal Ghosh at a meeting of the Calcutta Film Society, co-founded by Ray. In Kerala, it was Adoor Gopalakrishnan, who was influenced by Ray’s films, among the state’s film society movement’s pioneers. The book has a letter from Chitralekha, the film society co-founded by Gopalakrishnan, sent to Celluloid Film Society at Delhi University in 1976 about the rental charge of Rs 250 for screening the director’s first feature film Swayamvaram.

In Mumbai, Basu Chatterjee founded the Anandam film society. Ray was also the president of the Federation of Film Societies of India, a post occupied later by Shyam Benegal. By 1981, India had 100,000 film societies spread across the country. If small towns like Jodhpur, Ranchi and Roorkee today have international film festivals, decades before they had film societies. In Heggodu, a village in Karnataka, 1,000 people attended daily screenings of a film festival organised by the Ninansam Film Society founded in 1973. The festival in 1977 screened 12 black and white films, including Pather Panchali, Bicycle Thieves and Gold Rush. Kannada director Girish Kasaravalli introduced the films.