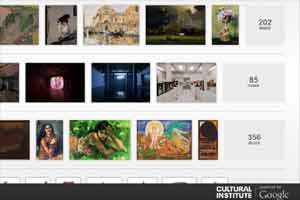 With the support of the Archaeological Survey of India (ASI), as well as Delhi Tourism and Transport Development Corporation, Maharashtra Tourism and Karnataka State Archaeological Department, Google is releasing new 360-degree online imagery of India’s architectural marvels and monuments including the  Gateway of India, Sun Temple , Mysore Palace, Nalanda University, the Group of Monuments at Pattadakal, and the Thanjavur Temple amongst others. This launch of 31 new sites brings the number of ASI locations now online to 127, including the heritage sites that launched in February and June 2014 such as the Taj Mahal, Safdarjung Tomb, and Ellora Caves.

“We hope the latest panoramic imagery will help people learn about India’s rich history through exploring some of our country’s archaeological and architectural treasures on Google Maps and the Google Cultural Institute,” said Rajan Anandan, Vice President and Managing Director, Google India and South East Asia.