Online gaming, as we all knew once, is not just about card games like Rummy or casual games like Candy Crush anymore 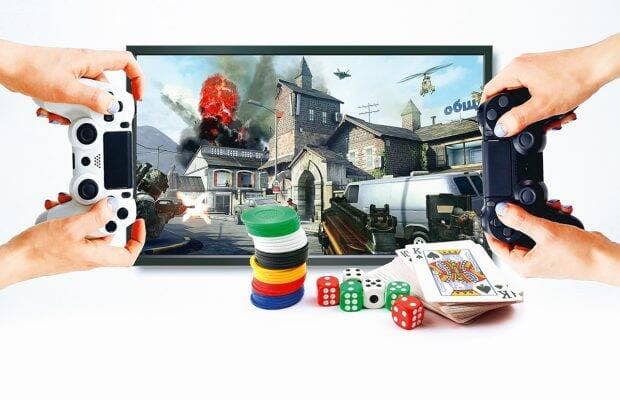 Naturally, the bill has been talked about by the online gaming stakeholders.

The online gaming industry—one of the few sectors to remain afloat amid the Covid-19 crisis—has opened new dimensions for players as well as platforms offering the games. With most people still preferring to stay indoors and entertainment options remaining few and far between, the space is also witnessing a secular growth

Online gaming, as we all knew once, is not just about card games like Rummy or casual games like Candy Crush anymore. Games like PUBG Mobile, which has now been rebranded as ‘Battlegrounds Mobile India’, ushered in multiplayer mobile gaming—earlier considered as a data-intensive activity—in a big way in the country. Ludo King, on the other hand, got players aged 45 years and above—a demographic that was relatively lower in India—glued to online gaming.

Meanwhile, competitive skill-based games commonly known as e-sports are turning gaming into a mainstream event. After the Indian Olympic Association announced in February that it will officially recognise e-sports as a sporting event, Indian gamers now even stand a chance to compete at the Asian Games in 2022 and win a medal for the country.

These trends only show that online gaming is booming in India and bolster the fact that the sector is diversifying and opening new dimensions for players as well as the platforms offering the games.

Pranesh Mahajan, 26, initially took to mobile gaming to relieve stress induced by the first wave of Covid-19 and the subsequent lockdowns last year. Playing ‘Call of Duty Mobile’—a first-person shooter game —the Delhi-based advertising executive says he was able to overcome ‘social isolation’ through gaming during the pandemic.

Starting off as a casual gamer, Mahajan has at least six games in his smartphone today. He may not be devoting as much time as he did during the lockdowns, but he says he jumps into the ‘battlefield’ every now and then to win the ultimate game.

People like Mahajan are fuelling a boom in the sector, with over 433 million users playing online games as of FY21, as per a report by consulting firm KPMG. The sector, which is currently at Rs 136 billion, is poised to grow more than double by FY25 to Rs 290 billion, says the report, ‘Beyond the Tipping Point’.

In fact, the Indian gaming industry is one of the few sectors that has managed to stay afloat amid the pandemic. This is at a time when several other sectors were hit hard by the Covid-19 crisis.

“Gaming is one of the few bright spots as compared to other industry sectors that have been negatively impacted by the lockdown. One of the key drivers of this growth is the rising popularity of game streaming among consumers as they can play from the comfort of their homes. It will continue to see secular upwards revenue growth with lockdowns only accelerating the consumption of gaming and live-streaming, bringing them to the forefront of the consumer entertainment experience,” say Anirudh Pandita and Ashwin Suresh, founders of Loco, a live game streaming and e-sports platform based in Mumbai.

Loco has grown rapidly over the past 12 months, with monthly active viewers scaling by 6x, monthly active streamers by 10x, and live watch hours by 48x since June 2020. The company claims to offer a slew of interactive features that other VOD-first platforms don’t, and the platform’s focus on mobile gaming communities helps it serve those in ways that desktop-focused platforms have not been able to do, say the founders. It also helps beginner creators through various initiatives including its one-click mobile streaming app and best-in-class creator programme.

Gaming has been an intensely discussed topic over the past few months, says Gaurav Agarwal, co-founder of Gamezop, a casual gaming arcade and gaming solutions provider based in Gurgaon. “The biggest trend that one saw during the pandemic was the conversion of a large mass of non-gamers to casual gamers. Of course, during the pandemic, time spent on gaming went up as well, but what truly changed the shape of the industry was the eagerness of those who had never played games earlier to try their hands at one,” he says.

“Another interesting trend is how one sees so many popular products—Amazon, Paytm, Goibibo, MX Player, and hundreds of others—having a gaming section within their apps to engage their users. This speaks volumes about the ubiquity of gaming and its pull factor,” Agarwal adds.

Gamezop was incepted in 2016 by brothers Gaurav Agarwal and Yashash Agarwal with a vision to make casual gaming frictionless—just like consumption of videos became after YouTube. Yashash, who was 19 then and studying at Shri Ram College of Commerce in New Delhi, felt that downloading apps to play games was cumbersome. Gaurav, 24 then, felt the same way and decided to quit his job as a consultant at Bain & Company.

At the heart of their belief was the fact that just like videos can be played within other apps, so should be games.

Online gaming has been on a rise even prior to the outbreak of Covid-19 last year. As per an EY- All India Gaming Federation (AIGF) report published earlier this year, the Indian online gaming sector had already crossed $1 billion in 2020, a CAGR of 18.6% from $543 million in 2016. With its current trajectory, it is expected to reach $2 billion by 2023, in terms of rake fees earned, the report adds.

“Sports and gaming have been a traditional source of rejoice, recreation and engagement for players and spectators alike. The constantly evolving digital lifestyle has further opened the avenues for providing alternative recreation activities vis-à-vis physical gameplays to the masses. Resultantly, online gaming has emerged as a highly engaging and viable medium for entertainment as well as professional gameplays alike,” the EY-AIGF report notes.

Broad Internet coverage coupled with the increasing use of smartphones, computers and specialised gaming consoles have fuelled an era of online gaming which simulate near real-life playing for the user and provides a deeply engaging experience. “The growth in online gaming was further propelled by Covid-19 and the resultant social distancing norms forcing the masses to explore alternative means of recreation and social engagement,” the report adds.

“What the pandemic did was accelerate an already thriving sector. With people forced to stay indoors, they had more time to try out new games,” says Naman Jhawar, senior vice president, strategy and operations, Mobile Premier League (MPL)—an online gaming platform that offers over 70 games across categories such as casual gaming, e-sports and fantasy games.

Jhawar noticed this surge on MPL too. During the lockdown, the company witnessed 3-4x overall growth. “Some of our top titles such as Pool and World Cricket Championship saw a 400% increase in the number of games played,” he adds.

“Given the variety of content that we have to offer, our user base is quite diverse as well, coming from varied walks of life—be it working professionals, home makers or senior citizens. And it cuts across all age groups too, from 18 years and all the way to over 60. We now have over 85 million users worldwide,” says Jhawar.

Agrees Anurag Khurana, founder of Penta Esports, the e-sports arm of Newgen Gaming. “We started the company during the Covid 19 pandemic but there was no impact on our business. While offline events were always a big part of e-sports, a major chunk of it is also online. The nature of the games being primarily online, the transition to complete online was much smoother. Online pipelines were already in place, and we believe the industry polished them to make them primary,” he says.

“The pandemic, in a way, has been a boost to this industry, since people were confined to their homes, the number of players and spectators went up along with interest in e-sports,” adds Khurana who founded Penta Esports with Kiran Noojibail and Akshay Paul earlier this year.

The company’s business model works on a mix of brand sponsorship plus media rights providing curated and customised solutions across all of Penta’s leagues, tournaments and content IPs. Penta’s revenue models are powered by solutions for brands who want to reach the social, tech-savvy and contemporary youth of India. “We pride ourselves by giving the best-in-class experiential marketing opportunities coupled with state-of-the-art production experience for our partners be it at a brand or product level,” says co-founder Akshay Paul.

The craze for fantasy games has also skyrocketed, primarily riding on the popularity of the Indian Premier League (IPL). In fantasy sports, sometimes called as rotisserie or roto, players make their own imaginary or virtual teams composed of proxies of real players of a professional sport. These teams compete based on the statistical performance of those players in actual games.

According to a FICCI-EY report released last year, the online gaming segment grew 40% in 2019 to reach `65 billion and is expected to reach Rs 187 billion by 2022 at a CAGR of 43%. “This growth was enabled by increase in the number of online gamers from 183 million in 2017 to 365 million in 2019 and increased popularity of fantasy games on the back of popular sports like cricket, which grew over 100% since 2018, among other reasons,” the report notes.

Agrees Amit Purohit, founder of Fantasy Akhada, a fantasy sports platform of India. “Indian online gaming industry crossed $1 billion in 2020 and is expected to be worth $3.7 billion by 2024. In terms of fantasy sports users, currently there exist close to 100-120 million of them. The industry overall in the past three years has witnessed over 200% increase in fantasy sports operators, from about 60 operators in 2019 to over 180 as of date,” he adds.

Fantasy Akhada provides fantasy sport enthusiasts a platform to compete against each other in fantasy cricket and football. It caters to around 6 lakhs users who come from all walks of life and roughly 35% of them are active. “We have hosted over 12.5 lakh contests and have disbursed close to Rs 70 crore in cash winnings,” says Purohit.

While everything was going smoothly, the Karnataka Assembly in October passed the Karnataka Police (Amendment) Bill banning online gambling or betting in the state with maximum imprisonment of three years and penalty up to Rs 1 lakh. The bill bans online games, involving all forms of wagering or betting, including in the form of tokens valued in terms of money paid before or after issue of it. It banned electronic means and virtual currency, electronic transfer of funds in connection with any game of chance’.

“The bill is intended to curb gaming through Internet or mobile applications. It also enhances the punishment for gaming for the orderly conduct of citizens and to wean them away from the vice of gambling,” Karnataka law and Parliamentary affairs minister JC Madhuswamy had said then.

Naturally, the bill has been talked about by the online gaming stakeholders. Gamezop, for instance, is confident that in the future, the Karnataka government will provide further clarification and exclude ‘games of skill’ from the ban. “Furthermore, companies operating skill-based gaming platforms must promote responsible gaming and educate their users about self-regulation,” says Gaurav Agarwal of Gamezop.

Adds Anurag Khurana, founder of Penta Esports: “With respect to e-sports, we strongly believe that there should not be any entry or registration fee for e-sports tournaments and leagues, and we are and will always follow that principle.”