Nepal, Egypt, Italy to Kenya – A look at Republic Days around the world

India will be celebrating its 73rd Republic Day on January 26. As the country revels in the celebrations, we bring you similar moments from across the world. 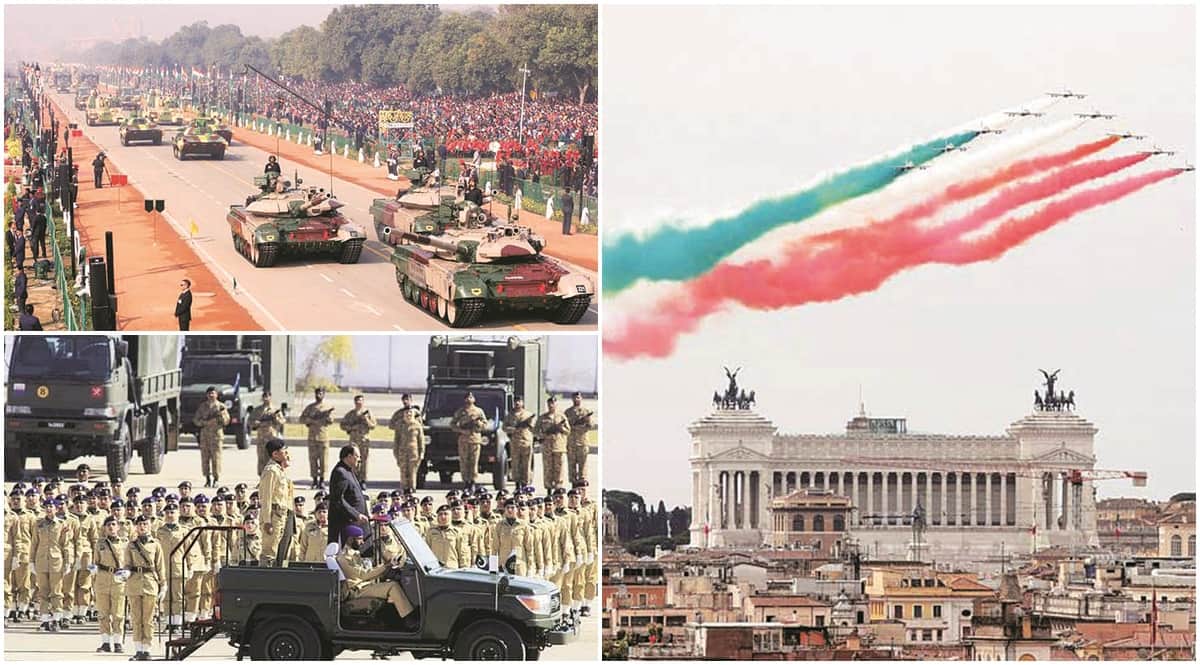 The Constitution of India came into force on January 26, 1950, after being adopted by the Indian Constituent Assembly on the same day in 1949.

Kenya
The Kenyan Republic Day is called the Jamhuri Day and is celebrated on December 12. Jamhuri in Swahili means ‘republic’. It marks the day when Kenya became a republic on December 12, 1964, one and a half years after gaining internal self-rule from the United Kingdom. During the celebrations, the President awards several decorations, orders and medals to Kenyans to recognise their distinguished services to the country. The eligible recipients are nominated and advised to the President by the National Honours and Awards Committee.

Nepal
The Republic Day in Nepal commemorates the day when the first Constituent Assembly meeting took place on May 28, 2008. Ending the 240-year reign of the Shah kings, the meeting declared Nepal a republic. The day is observed with a military parade in Kathmandu and several small programmes by the government agencies. The ceremonies are meant to be a tribute to the country’s rich cultural diversity and heritage. Initially, a public holiday, it was cut off in 2019.

Egypt
Egypt’s Republic Day is called the Revolution Day. It is celebrated on July 23 and marks the anniversary of the Egyptian Revolution of 1952 that led to the declaration of the modern republic of Egypt. It also marked the end of the Kingdom of Egypt. It is a public holiday in Egypt. The celebrations begin on the preceding evening with large-scale military parades and concerts with national themes.

Italy
The Italian Republic Day is called Festa Della Repubblica and is celebrated on June 2. The main celebrations happen in Rome and the Festa Della Repubblica is one of the national symbols of Italy. The day commemorates the people’s right to vote and form government as in 1946, the institutional referendum held by universal suffrage following the fall of Fascism and the Second World War gave people the right to choose government. On June 2 and 3 in 1946, the people voted to decide whether a monarchy or a republic form of government would be established. The celebrations include a military parade, among others.

India
India celebrates Republic Day on January 26. The Constitution of India came into force on January 26, 1950, after being adopted by the Indian Constituent Assembly on the same day in 1949. Dr BR Ambedkar was the chairman of the Drafting Committee of the Constitution. It established a democratic governance after a long fight for independence against the British empire. On this day in 1950, the Constitution of India replaced the Government of India Act (1935). It was the day when India transcended from the autonomy of the British monarch and became a fully sovereign republic with the President of India as the nominal head. It is a national holiday in India. The main celebrations happen in the Indian capital city Delhi at the Rajpath in the presence of the Indian President. Ceremonious parades take place on the day along with a tribute to the cultural heritage and diversity in India. This year, a contingent of five Central Asian nations Tajikistan, Turkmenistan, Kyrgyzstan, Uzbekistan and Kazakhstan have been invited as the chief guests of the event.

Pakistan
The Republic Day in Pakistan is also called Pakistan Day or Pakistan Resolution Day. The day commemorates the adoption of Pakistan’s Constitution during the transition of the Dominion of Pakistan to the Islamic Republic of Pakistan on March 23, 1956. On this day, the Lahore Resolution was adopted by the Muslim League. It meant the creation of an independent sovereign state from Muslim majority provinces in the Northwest and East of British India. Military parades are held by the Pakistan Armed Forces to celebrate the day in Islamabad, Pakistan’s capital city, and the President is the chief guest.