Money, with a pinch of Salt: Investment app helps save and plan better

An app by women and for women for how to use, invest and save your money 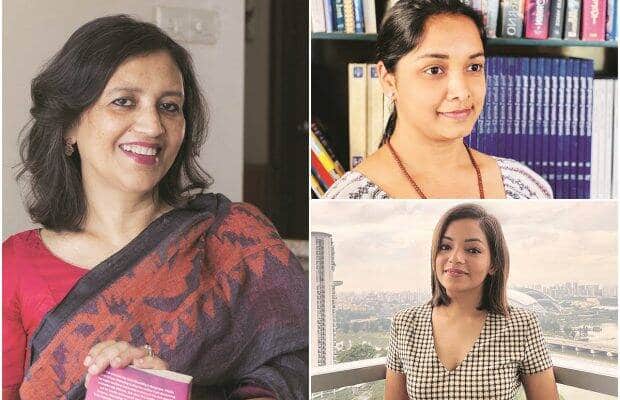 Salt is a brainchild of three women who have come together to curate a financial planning and investment app—Shinjini Kumar, Chaitra Chidanand and Aditi Sholapurkar.

There are five types of money personalities according to the savings and investment app Salt—the intuitive and quick decision makers that are Discerning Donuts, Okay Olives for those balanced, the Sorted Sauces who have figured it all out, the Anxious Artichokes who get anxiety when it comes to money and spend freely and the Cautious Cabbages who are diligent savers. Once a user has assessed where they fall after a series of questions, the platform helps one save and plan better, according to one’s own personality.

Salt is a brainchild of three women who have come together to curate a financial planning and investment app—Shinjini Kumar, Chaitra Chidanand and Aditi Sholapurkar.

Kumar, who has previously worked with Paytm Payments Bank as the CEO and Citibank as the country business manager, shares that to start with, they are targeting the millennial and GenZ urban women who use the smartphone and can be the early adapters to the model.

Chidanand shares that during their research for the app, they spoke to real women that became Salt stories, featured on their website and social media platforms. “We found that the millennial audience doesn’t have patience and time to learn how the stock market functions or plan investments due to several factors like emotional barriers, lifestyle changes, nonlinear career paths.” She adds that they aim to create a system of money management and help people develop the money muscle.

Eventually, the founders plan to target the audience down the pyramid but say that they realised there is a lot of opportunity at the top of the pyramid too, which is the urban working and young women. However, the app is not just limited to women, and men, too, have been enquiring about it and curious to know how it would function. Once established, the founders plan to expand Salt, which is a free-to-use app, internationally.

Women in India have traditionally invested in gold and fixed deposits. When asked if the new ecosystem of financial investment and planning drive women this way, Kumar answers, “Even women who stay at home are entitled to their money as they take care of the household. I would say that invest in gold jewellery to look good but not to save and for wealth or to use it for retirement. That kind of guidance and information will be available through our app.”

Aditi Sholapurkar, co-founder of Salt and a banker, shares that she felt restless on the subject of money even though she had started earning at 22 years of age. “I had too many blind spots, wasn’t optimising enough for the big things and focusing too much on the trivial ones, and so on. I know I needed a Google Maps equivalent to map out my journey. To show me different routes I could take and what each might entail. I want Salt to be that app, that platform for people, especially women, because we need to stop second guessing ourselves and channel our intent into sustained action.”

Feature-wise, Sholapurkar says they do not want to inundate a user with 100 things they could be doing because that will just create more inertia. “We want our product features to replicate how the mind works when it comes to money. You need to start from a place of awareness of your strengths and acceptance of your weaknesses. That’s what our first release, the Money Personality Test, achieves,” she adds.

Their next financial product, the Passbook is an intelligent money journal that does just that. One can log everything from buying coffee to repaying a student loan to just saving. “It’s the ideal tool for someone looking to get a better sense of where their money is, so they can plan what they want to do with it next,”Sholapurkar says.

Post this, the app will introduce the user to investing, insurance, mortgages and so on, to make it a one-stop money system for users. The app and the website will be fully functional by the first quarter of 2022.