What intriguingly surprises and silences his critics is Fukuyama’s philosophical wizardry to re-create a prelapsarian paradise of what he calls ‘humane liberalism’—there is something deeply alluring in his blazing display of the power of Hegelian sublation to mitigate our existential and structural agonies! 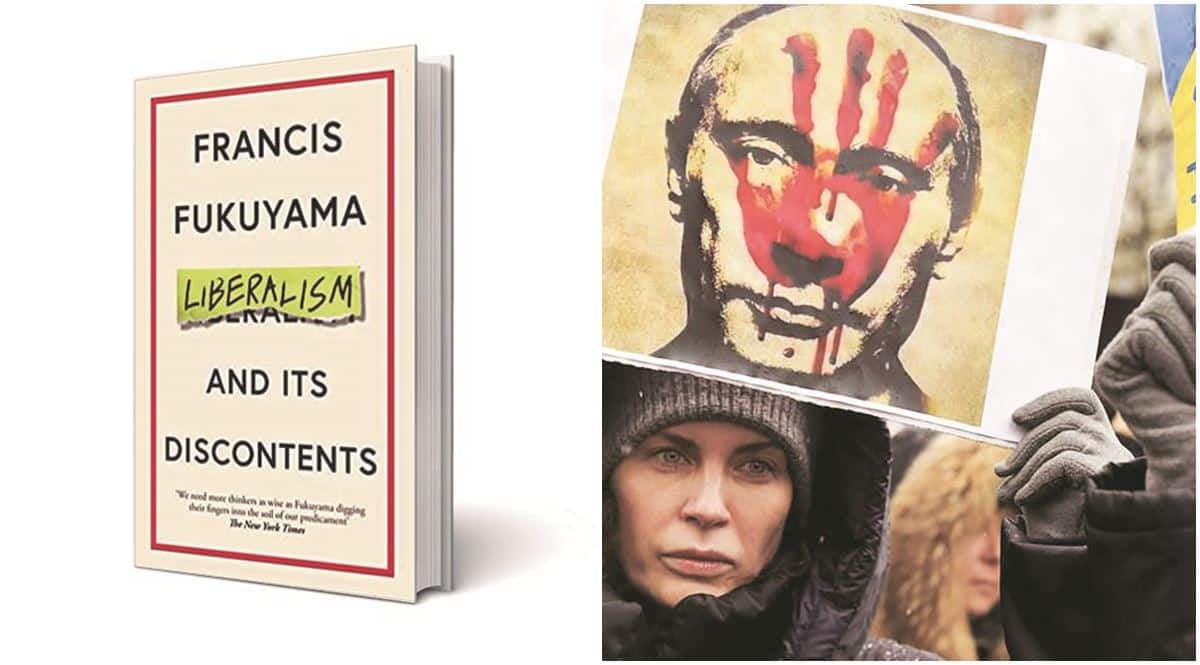 Though there have been a plethora of wonderful books and articles, including University of Notre Dame professor Patrick Deneen’s provocatively titled Why Liberalism Failed, analysing liberalism’s shortcomings, Fukuyama’s attempt to reclaim the classical version of liberalism is a gorgeously meditative manifesto on how liberalism can liberate itself from its self-inflicted miseries.

At a time when the liberal democracies are battling more insidious forms of ‘democratic backsliding’, and progressives are outraged over the reversal of constitutional right to abortion in the United States, renowned political theorist Francis Fukuyama is back with a dazzling defence of ‘classical liberalism’ in his new book, Liberalism and its Discontents. Though there have been a plethora of wonderful books and articles, including University of Notre Dame professor Patrick Deneen’s provocatively titled Why Liberalism Failed, analysing liberalism’s shortcomings, Fukuyama’s attempt to reclaim the classical version of liberalism is a gorgeously meditative manifesto on how liberalism can liberate itself from its self-inflicted miseries. I am sure you are not surprised when Fukuyama laments that liberalism smells like a rotten apple. What intriguingly surprises and silences his critics is Fukuyama’s philosophical wizardry to re-create a prelapsarian paradise of what he calls ‘humane liberalism’—there is something deeply alluring in his blazing display of the power of Hegelian sublation to mitigate our existential and structural agonies!

Written with his usual rhetorical flourish with avant-garde miniature painting like style of philosophical prose, Fukuyama eloquently argues why “liberalism is under severe threat around the world today; while it was once taken for granted, its virtues need to be clearly articulated and celebrated once again”. Invoking Hobbes, Locke, Rousseau, Jefferson, Kant, Rawls and others, Fukuyama brilliantly dissects why liberalism—a strange sibling of nationalism and socialism, since its inception following the post-Reformation wars—has been savagely denounced by conservatives and progressives alike. In an insightfully chilling tone, Fukuyama reminds us that if the neoliberals have turned liberalism into a toxic cult of economic freedom, multiculturalists and so-called deconstructionist nihilists have transformed liberalism into a dystopian politics of identity, or what Nietzsche called ‘ressentiment’.  No wonder, liberalism has become so divisive and also obsolete that “many impatient young Gen Z activists in America and Europe regard liberalism as an outmoded baby boomer perspective, a ‘system’ that is incapable of reforming itself.”

Does it really sound like the funeral parade of liberalism? Fukuyama does not think so. In the 10 elegantly curated chapters, covering genesis and evolution of liberalism over centuries, he persuasively argues that “this is hardly the first time it has been criticized. No sooner did liberalism become a living ideology in the wake of the French Revolution than it was attacked by Romantic critics who considered it be based on a calculating and sterile world view. It was further attacked by nationalists who, by the time of the First World War, had swept the field, and by the communists who opposed them. Outside of Europe, liberal doctrines sank roots in some societies like India, but were quickly challenged by nationalist, Marxist, and religious movements. Nonetheless, liberalism survived these challenges and became the dominant organizing principle of much of the world politics by the end of the twentieth century. Its durability reflects the fact that it has practical, moral, and economic justifications that appeal to many people, especially after they have been exhausted by the violent struggles engendered by alternative political systems”.

While Fukuyama unapologetically celebrates classical version of liberalism, he is not ignorant of the shortcomings of liberalism— “some of which were precipitated by external circumstances, and others of which were intrinsic to the doctrine”, in his words. True, he admits that historically liberal societies colonised other cultures, discriminated against racial and ethnic groups and assigned women to inferior social roles, but don’t forget that Fukuyama continues to remain in the grip of his own seductive End of History thesis. That’s why Fukuyama selectively turns to two intellectual and political enemies of classical liberalism: free-market economists on the right and the post-modern critical theorists on the left. Both are Siamese twins and they egregiously exploited “the sovereign self” of selfish individual, and also manipulated rationalistic mode of cognition to further a fractious mode of identity politics in the contemporary world. This explains why the nationalist-populist right and the progressive left have together abandoned the project of liberalism as a means of governing over diversity in their societies.

As democracies around the world are increasingly surrendering to illiberal reforms, and the strands holding the traditions of democracy and liberalism together are fast disappearing in many parts of the world, Fukuyama rather bluntly reminds us that liberalism and democracy are distinct. But this is not to say that liberalism itself has become illiberal. There is nothing wrong in its fundamental premises. In short, despite relentless assaults on the fundamentals of liberalism by authoritarian leaders like Hungary’s Viktor Orbán, Poland’s Jaroslaw Kaczynski, Brazil’s Jair Bolsanaro, Turkey’s Recep Tayyip Erdogan, America’s Donald Trump and Putin of Russia, Fukuyama convincingly argues that liberalism continues to remain the fountainhead of individuality, universal humanity and solidarity.

Using the idea of “nothing in excess” (meden agan) from the ancient Greeks, Fukuyama concludes the book favouring cultivation of virtue of moderation (sophrosune) for rehabilitating classical liberalism in the contemporary world. In an elegiac tone, he avers “moderation is not a bad principle in general, and especially for a liberal order that was meant to calm political passions from the start…Recovering a sense of moderation, both individual and communal, is therefore the key to the revival —indeed, to the revival of—liberalism itself”.

Indeed, Liberalism and its Discontents resonates with Fukuyama’s evangelical faith in saving liberalism from illiberal authoritarian rulers, but it unfortunately presents a de-politicised, sanitised version of what Fukuyama calls classical liberalism, which in reality looks like an ossified version of ‘Manifest Destiny’. Aren’t we all tired of it all? I am sure that Fukuyama is aware that this is indeed a tough sell; the conservative establishment is accustomed to dismissing it as morally repugnant and left-liberal camps finds it too shallow. Isn’t liberalism inseparable from neo-liberalism? Admittedly, 20th-century Austrian economist Friedrich Hayek was both a liberal and neo-liberal. In other words, Fukuyama’s manifesto on liberalism appears to be tied to the fortunes of American-style liberalism. This will surely disappoint not only millennial followers of Simone de Beauvoir and Herbert Marcuse, but it will also dampen the spirit of new-age supporters of ‘aristopopulism’, the notion, borrowed from 16th-century Italian philosopher Niccolò Machiavelli, that frequent friction between the masses and the elite ensures that neither class dominates the other in a liberal society. To be fair to the stylist public intellectual of End of History repute, that though there is no surprise ending in the book, still you may not know what hit you when you finish reading it. This, indeed, makes Fukuyama’s Liberalism and its Discontents an eminently unforgettable experience. Thus, let me conclude with the memorable lines from WH Auden’s sonnets from China: “He watched the stars and noted birds in flight/ A river flooded or a fortress fell/ He made predictions that were sometimes right /His lucky guesses were rewarded well!”

Liberalism and its Discontents

(Ashwani Kumar is a professor of political science and presently dean of School of Development Studies, Tata Institute of Social Sciences, Mumbai)