The idea was mooted by Vijay Mohite, the sarpanch of Mohityanche Vadgaon village. 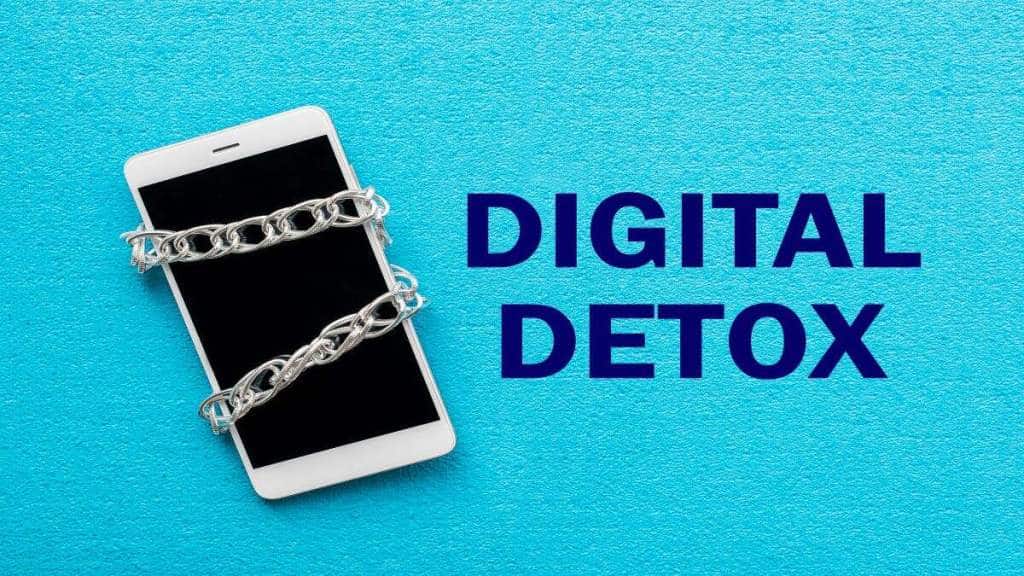 Residents have been participating in this novel exercise enthusiastically.(Representational Image)

A village in Maharashtra’s Sangli district is showing the way out of the clutter of electronic gadgets and social media platforms in modern life by getting its residents to go in for a “digital detox” every evening.

The idea was mooted by Vijay Mohite, the sarpanch of Mohityanche Vadgaon village, and residents have been participating in this novel exercise enthusiastically.

A siren goes off from a local temple at 7 pm, signalling people to put off their mobile phones and other gadgets and switch off their television sets, etc to indulge in reading books, studying and talking with one another, while the second alarm at 8.30 pm signals the end of the detox period.

Also Read
Book Review| Ambedkar: A Life – Babasaheb revisited
On the shelf: Here are some of the e-books that you may find interesting
Is there anything like good alcohol? Find out

Also Read | Indian concept of nationalism not about creating threat for other nations: Mohan Bhagwat

Talking to PTI, the coronavirus-induced lockdown and the subsequent spell of online classes brought mobile phones into the hands of children for long hours even after school ended for the day, while television viewing hours of parents got extended.
“When physical classes resumed, teachers realised children had become lazy, did not want to read and write and were mostly engrossed in their mobile phones before and after the school hours. There weren’t separate study rooms in the homes of the villagers. So I put forth the idea of a digital detox,” he said.

“I had proposed a one-and-a-half hour period at first. Initially, there was hesitancy as people were wondering if it was possible to keep away from mobile and TV screens. On Independence Day, we convened a gram sabha of women and decided to purchase a siren. Then ASHA workers, anganwadi sevikas, gram panchayat employees, retired teachers went home to home to create awareness about digital detox,” he added.

Mohityanche Vadgaon has been home to freedom fighters, has won awards for cleanliness from the state and central governments and is known for maintaining social harmony, with the focus always being on development works, he said.
“At present, between 7 pm and 8.30 pm, people keep their mobile phones aside, switch off television sets and focus on reading, studying, writing and conversations. A ward-wise committee has been set up to monitor if the initiative is being implemented,” the sarpanch explained.

Emphasising the need for such a move, student Gayatri Nikam said her peers and others were glued to phones and television sets during lockdown, even during power outages, with hardly a glance at course books and other study material. Another person said women in the village’s households would be busy watching television serials and there wasn’t much parental supervision over children.

“Now, from 7 pm to 8.30 pm, children study while parents read and write. There is no disturbance as everyone goes about such productive activities,” the villager added.

Incidentally, earlier this month, some members of the Jain community in Raisen in Madhya Pradesh had observed a “digital fast” for 24 hours during the ‘paryushan parva’ by keeping away from their smartphones and other electronic gadgets.

Follow us on
Latest News
India qualify for T20 World Cup semifinals after Netherlands stun South Africa
Smile badge, No-bag day and more: This Maha village school motivates students through unique initiatives
Gujarat Assembly Elections 2022: AAP releases tenth list of candidates for state polls; 139 candidates announced by party so far
Pakistan: Chaos at the cross roads and what it means for India?
Garcia tops Kasatkina for final spot in semis of WTA Finals
Delhi’s air quality in ‘very poor’ category, min temp settles at 17.5 deg C
Thousands march in Peru, demanding resignation of leftist President Pedro Castillo
Photos
Dazzling & Astounding! Proposed design of the to-be redeveloped Dakaniya Talav Railway Station in Rajasthan-PHOTOS
16 hours agoNovember 5, 2022
Heart-wrenching! Here is a look at Morbi and the suspension bridge that collapsed
6 days agoOctober 31, 2022
In Pictures: PM Modi in Kargil to celebrate Diwali with soldiers, says, ‘All of you have been my family for years now’
2 weeks agoOctober 24, 2022
Read More
×
China’s posts 6-month high COVID count as it sticks with strategy
Book Review| Ambedkar: A Life – Babasaheb revisited
On the shelf: Here are some of the e-books that you may find interesting
Book Review| The Dolphin and the Shark: Stories on Entrepreneurship
Contributor to climate change! Holiday ‘hot’ spots
Is there anything like good alcohol? Find out