Life in the lockdown | Book Review: The Blind Matriarch By Namita Gokhale 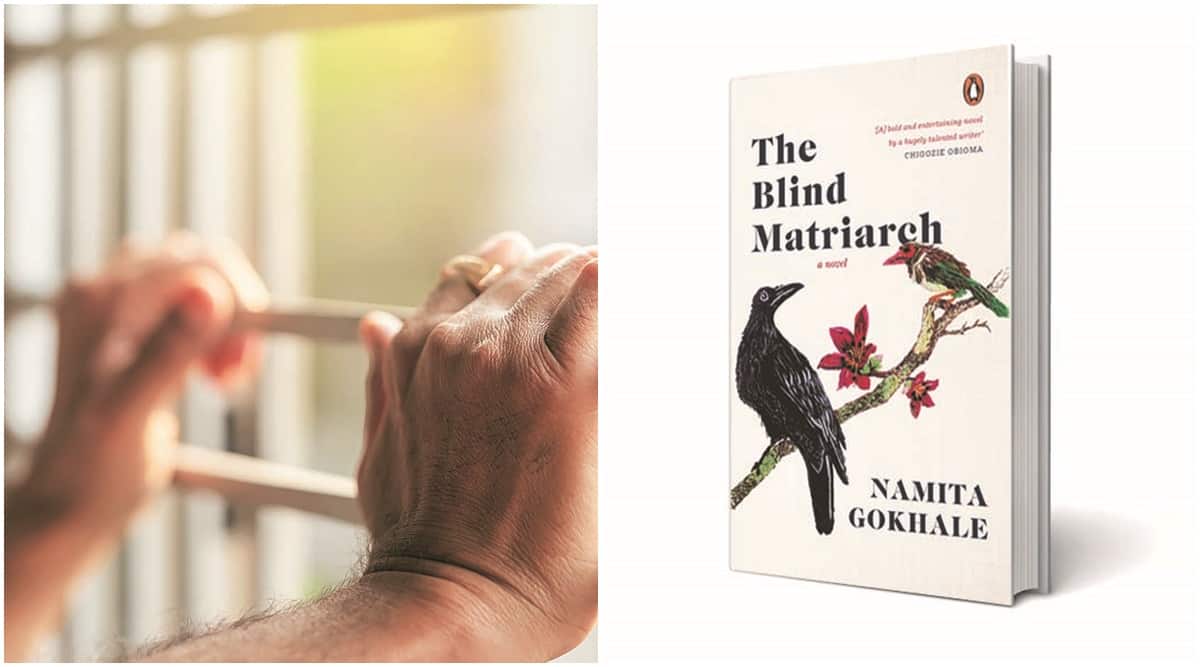 Her love for classical music and her grandchildren help Matangi-Ma negotiate her own battle with blindness and the pandemic.

The hardest hit during the nearly two years of the coronavirus pandemic have been the elderly population, both in India and abroad. Companies preferred young recruits to older adults and care homes gave disturbing news during the height of the health emergency. Many countries even considered it prudent to save the life of a younger Covid-19 patient over that of a senior citizen. In such trying times for the older adults, Namita Gokhale’s new novel looks at Indian society paralysed by the pandemic through the eyes of a blind elderly woman.

The Blind Matriarch, which follows Gokhale’s hilarious account of the Jaipur Literature Festival that she helps run (Jaipur Journals), is a sensitive portrait of a joint family debilitated by the pandemic. Set in the four floors of a Lawrie Baker-inspired family home, the novel is also about the neighbourhoods and a nation put under enormous strains of pressure both from the virus and social vulnerabilities. Gokhale, who also published a play (Betrayed by Hope) on the life of poet Michael Madhusudan Dutt last year, uses a small canvas of a large family to focus on the bigger picture of the pandemic and life.

Matangi-Ma is the matriarch of a middle class family. Confined to her home due to blindness, she lives with her domestic help Lali on the top floor of the family home when the pandemic hits. Her daughter Shanti and her help Munni, a social activist, sends her and Lali meals every day. Her two sons—Suryaveer and Satish —occupy the other two floors. Suryaveer lives with his adopted son Samir and Satish with his wife Ritika and young son Rahul. The pandemic soon exposes the fault lines in the family with tensions keeping everyone on the edge.

Though she can’t see, Matangi-Ma, a widow, holds the family together in the tough times. Physically abused for a long time during their marriage by her philandering husband, an Indian Revenue Service officer, she suffers the trauma silently long after his death. She can sense the tensions between the children that creep across the concrete. Her love for classical music and her grandchildren help Matangi-Ma negotiate her own battle with blindness and the pandemic.

Gokhale brings the impact of the deadly virus on ordinary people to the fore through Matangi-Ma and her family in The Blind Matriarch. There are glimpses of the devastating effect of the pandemic and the lockdown on the poor even as rich neighbourhoods clap and beat pots and pans from their balconies to cheer the health workers. As the prime minister comes on television to address a frightened people, Matangi-Ma is unable to conjure up an image of the leader. In her neighbourhood, an elderly couple is abducted by men disguised as health workers to rob them of their properties.

The Blind Matriarch’s Matangi-Ma symbolises a nation blinded by its own centuries-old social divide. Gokhale doesn’t hold back when she addresses the failings of a contemporary society that is rooted in fear and suspicion. Matangi-Ma’s help Lali is forced to conceal the name of her nephew who she brings to work. The boy, Riyaz, says his name is Pappoo. Suryaveer’s adopted son Samir’s dead parents are described as communists who worked among the tribals in Bastar, Chhattisgarh. All of the novel’s female characters are strong individuals who fight to survive their ordeals. The author doesn’t pull any punches to deliver a knockout work that could make many see the fissures in a society that they often turn a blind eye to.