Abhay K.’s sincere efforts to delve deep into the world of the original have succeeded in evoking somewhat similar aesthetically rich experience as Kalidasa might have intended when he created this masterpiece. 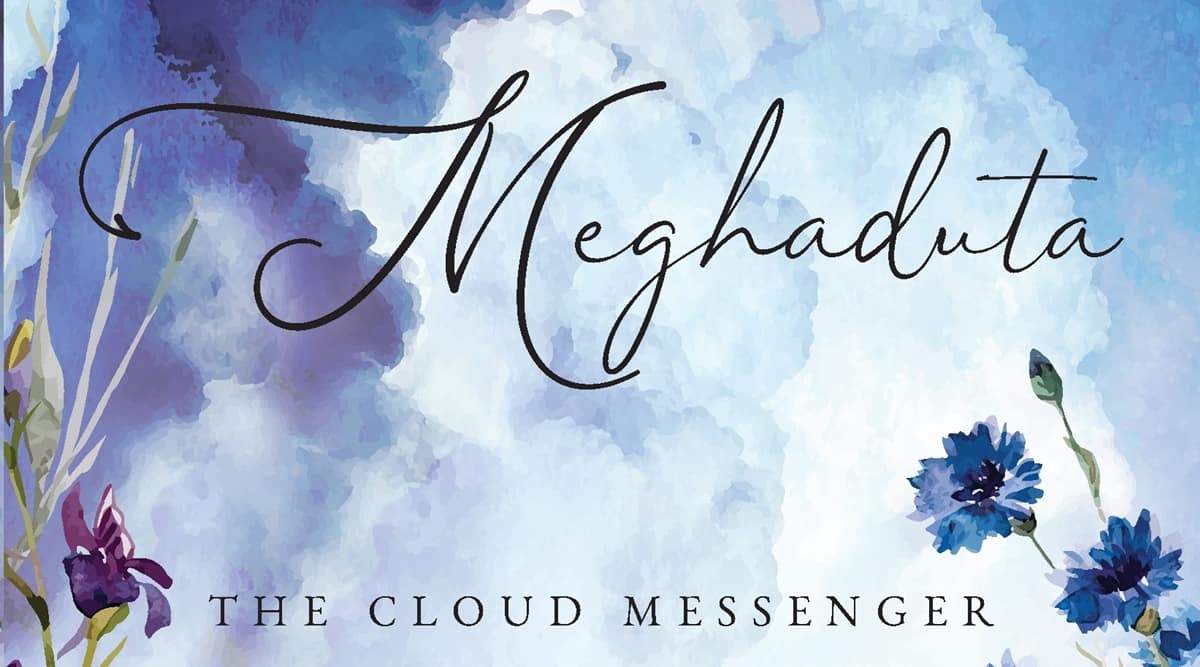 Abhay’s apt use of lyricism, similes, metaphors, alliteration and above all simple colloquial English brings Kalidasa’s world alive before the reader.

Abhay K. is an eminent poet, editor, anthologist and translator who has carved an enviable niche for himself in the contemporary literary world. A recipient of various prestigious literary awards and honours, he is currently serving as India’s Ambassador to Madagascar. He has to his credit various collections of poetry (e.g. The Seduction of Delhi, The Eight-Eyed Lord of Kathmandu, The Alphabets of Latin America, The Magic of Madagascar), edited anthologies (The Bloomsbury Anthology of Great Indian Poems, The Bloomsbury Book of Great Indian Love Poems), anthems on various planets in the solar system (‘Earth Anthem’ being the most popular) and translations of Kalidasa’s Meghaduta and Ritusamhara (fetching him Kalinga Literary Festival 2020-2021 Poetry Book of the Year Award). In the following article, I have attempted to sum up my observations about Abhay K.’s translation of Kalidasa’s masterpiece Meghaduta.

It is generally believed that Kalidasa was active circa 4th-5thcentury CE. His surviving works are an integral part of India’s rich cultural and literary heritage consisting of three plays, two epic poems and two shorter poems. His Abhijnanasakuntalam (dramatizing the story of Shakuntala and King Dushyanta from the Mahabharata) is his best known and most widely translated work. However, the aesthetically pleasing and intellectually enriching literary worlds created by him have been beyond the reach of a vast number of readers because of their lack of proficiency in Sanskrit language. No doubt, various translators and commentators, over the centuries, have attempted in their own way to bridge this barrier of language, yet Abhay K.’s translation of Meghaduta takes these attempts to the next level. It is because this translation has been spurred by his dual mission – making Kalidasa’s exquisite poetic world visible to the contemporary readers, and also reviving these readers’ interest in the rich biodiversity of India through Kalidasa’s rich picturesque details of India’s flora and fauna, hills, mountains and rivers.

Even before a reader has begun reading this translation one develops a bond with Kalidasa’s world through the beautifully suggestive blue book-cover (depicting floating clouds, flying birds, swaying flowers and rising mountains) and the Translator’s Note that serves as a lamppost for the reader. Kalidasa’s Meghaduta comprising 111 stanzas is about a Yaksha’s plea to the cloud to be his messenger for conveying his message of love to his young wife, from whom he has been separated (for he has been banished from his place). The lovelorn lover not only guides the cloud by giving the details of nature’s beauty en route, but also gives evocative details of his beloved’s beauty and their sensual love for each other. Abhay K.’s translation comes as close to the world of Kalidasa as simple conversational English that he uses, could.

Abhay’s affirmation of staying true to the letter and spirit of Kalidasa’s Sanskrit original comes true as he succeeds in giving his readers a taste of the undiminished beauty and splendour of the great classic. With his literary acumen, creative craftsmanship, proficiency in Sanskrit, Abhay, like an expert guide, makes his readers travel in time and space to explore the magical world of Meghaduta. Working within the limits imposed by translating the great master Kalidasa, Abhay has beautifully captured the subtleties, nuances and flavours of Sanskrit. His discerning artistic eye misses no details of the flora and fauna, legends, traditions and myths of the original. The plea of Kalidasa’s Yaksha to the Cloud to be his messenger to his young wife by alluring him with a possible romantic encounter with the beautiful lady river on the way is beautifully put by Abhay:

Vanira branches reach out to take away her water

garment and expose her thighs, the banks.

O friend, of course it would take long for you

to depart, for who has the strength to leave

a woman after relishing her bare thighs. (41)

Thus retaining the fusion of the sensual and the natural, the animate and the inanimate, Abhay enables his readers to listen to the sounds of nature, smell the fragrances and enjoy the sights — clouds, rivers, plants, flowers, birds, animals — of the exquisite world of Kalidasa’s Meghaduta.

There, a woman plays with a red lotus in her hand,

freshly bloomed Kunda in her hair, her graceful face

painted fair with the pollen of Rodhra, her braid tied

With fresh Kurabaka, Sirisa in her pretty ears, and Nipa

at her hair-parting, all blossomed upon your arrival. (65)

Abhay’s apt use of lyricism, similes, metaphors, alliteration and above all simple colloquial English brings Kalidasa’s world alive before the reader. To stay close to the spirit of the original text he retains the names of the plants, flowers, animals, rivers, hills, mountains and gods as in the original Sanskrit text. However, for the ease of comprehension to the contemporary generation he provides modern names in the note below each stanza in which they appear. Yaksha’s description of his wife to the cloud messenger is highly evocative:

Her body dusky, delicate, her teeth like jasmine buds,

her lips ripeBimba fruits, her eyes like a startled deer’s,

She is thin in the middle, her naval deep,

she walks slowly from the heaviness of her hips,

and bends forward a bit because of her breasts—

She is like Brahma’s first creation among the women. (79).

Another masterstroke of the ace translator is visible in:

Surely her eyes would be swollen

from violent weeping and the colour

of her lips pale with her hot sighs

her face placed in her cupped palms

nor clearly visible through her hair

when her glow is obscured by you.(81)

To conclude, it can be said that this translation from the beginning till the end remains as close to the original as a translation could be. Abhay K.’s sincere efforts to delve deep into the world of the original have succeeded in evoking somewhat similar aesthetically rich experience as Kalidasa might have intended when he created this masterpiece.It would not be an exaggeration to say that only a person with heightened sensitivity to nature and emotions, and poetic sensibility and creativity could venture to translate Kalidasa’s Meghaduta. Undoubtedly, the book makes an engaging and enriching reading experience and succeeds in making the world of Meghaduta visible to the contemporary readers. To conclude, I repeat Abhay K.’s own words “Bon Voyage with the Cloud!” to the readers.

(The reviewer is a retired Associate Professor from the Post-Graduate Department of English, DAV College, Jalandhar, Punjab, India. Views expressed are personal and do not reflect the official position or policy of Financial Express Online. Reproducing this content without permission is prohibited).