Jayendra Panchapakesan: A social activist who is a master of digital cinema 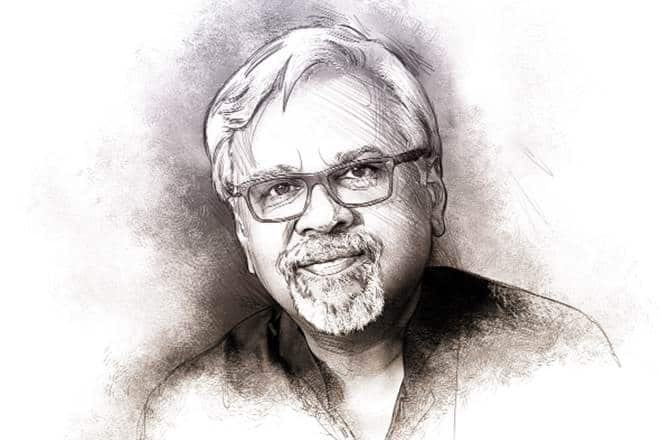 The Bhoomika Trust, in association with Chennai’s Sri Ramachandra University, recently organised a three-day seminar on aphasia—a communication disorder—addressing and training 175 students and 67 speech pathologists. The event was attended by doctors, neurologists, caregivers and friends. The man behind the seminar is Jayendra Panchapakesan. His wife Sudha, the co-trustee, suffered a stroke in 2014, two days before her 50th birthday. Struck by aphasia, which results in the inability to comprehend language or speak due to damage to specific regions of the brain, she lost her power of speech.

Jayendra, who has been by his wife’s side for two years, decided to spread knowledge about the disorder and do something. “It is believed that if one does not recover from deficits caused by a stroke in six months, he/she is stuck with it forever. This isn’t correct.” says Jayendra. His wife delivered the welcome speech at the aforementioned seminar.

Jayendra, who seems capable of handling a hundred things at a time, tells me he is heading to Las Vegas for the commercial launch of Qube Wire—a revolutionary technology for the distribution of Digital Cinema Package (DCP) across the world in a uniform, scalable and cost-effective manner. Qube Wire, which has been renamed Qube Cinema, was developed by Jayendra’s company Real Image Media Technologies. In fact, Real Image has been at the forefront of the digital revolution in the world of cinema in India as well as globally.
We meet at Annalakshmi, the atmospheric restaurant run by a religious trust in Chennai, which serves authentic South Indian food. It is a vegetarian’s paradise. We ask for a three-course meal. People who serve us are volunteers; they may be IT professionals, bankers or home makers, who smile a lot and explain the dishes. They serve us a variety of crispies and drumstick rasam to start with. I ask Jayendra about his journey in digital technology and also his various CSR commitments.

While studying chemistry in college, Jayendra found his true calling in creative writing. He started his career in advertising in Chennai in 1978, moved to then what was called Bombay, and returned to Chennai for personal reasons. He set up JS Films in 1986 to create commercials. JS Films produced and directed over 600 television commercials for clients in India and abroad. “Those days, people used to come to Chennai to make commercials. My partner was PC Sreeram, the award winning cinematographer. He was making his first feature film with Mani Ratnam. When people came to us with scripts, I was able to add value. We were passionate about films,” he says. We are now served sesame and tamarind rice, thin rice noodles and several vegetables to go with them.

By 1993, Jayendra was ready for a change in direction. He admits he is restless. “You have to keep finding new interests. I had changed 14 jobs in nine years. I quit, relax and take up another job.” His passion for film-making led him this time to co-found Real Image, with Senthil Kumar.

Real Image started by representing the computer-based digital editing technology system, Avid. Working on Avid is like getting used to the Word processor after the typewriter. Sceptics said film editors will never get used to computer-based technology. The advertising industry adapted fast, and the film industry followed soon after. Real image conducted courses and workshops. Today, linear editing is the norm in the country.

“I realised people were going less and less to theatres and advertising industry was taking a hit. We introduced digital cinema sound with DTS, and helped India leapfrog from mono-sound directly to digital surround sound in 1996. This enhanced the theatre experience. Audience started returning. We then decided we should develop our own technology in order to have more control over our business. Qube was born at the beginning of the new millennium,” Jayendra adds.

Qube is a comprehensive end-to-end solution for digital film-making and exhibition, and is today used by most cinemas and TV studios in the country. Qube was created by the company’s 30-member development team, and it debuted in superstar Rajinikanth’s Chandramukhi in 2005. Today, it has gone global, with patents both in India and the US, and is available in 40 countries.

In fact, it is the only Indian company (and there are only a few worldwide) with Digital Cinema Initiatives-compliant technology. It is also one of the largest companies for mastering movies in the world. “We do newsroom automation and continue to support many TV channels 24/7,” adds Jayendra.

We’re about to finish payasam and ice cream, and wait for strong coffee. I ask him about the films he has made.In 2008, Jayendra conceptualised and directed India’s first Carnatic concert film Margazhi Raagam. In 2011, he directed his first feature film 180, a romantic drama, shot and presented digitally. His latest creation is the film One, featuring activist musician TM Krishna. The film was shot in 4K digital, with live sound mixed in Dolby Atmos, a surround sound technology, to give audience a one-of-a-kind, immersive experience in the music space. “I will be starting a new feature film soon.”

Jayendra tells me how he set up the Bhoomika Trust during the 2001 Gujarat earthquake. The trust is focused on disaster relief and education. “We provide one-month ration kits to people affected due to floods, earthquake, tsunami and all such natural calamities, and follow up with kitchen vessel kits. We then work on rehabilitation and rebuilding livelihood, like providing a weaver his loom, etc.”
He is involved in many social causes. He is on the board of Altius Foundation (education), Jeevan Blood Bank (blood and public stem cell banking), Mahesh Memorial Trust (paediatric cancer) and Sankara Eye Hospitals (eye care for the rural poor). This is not an inclusive list.
How does he do it? Jayendra replies, “How can one not do something in this environment? If any organisation asks for help, I jump into it to see what can be done. I respond to their need of the moment. There is so much to be done. I never say ‘no’. I try to do what I can.”
As a young man brings us coffee and offers to mix it for us, I ask him about aphasia awareness. “I want to bridge the gap between what is available abroad and here. Special language pathology is not a specialisation in India. I am working on a website to spread awareness and make the treatment less expensive.”

Follow us on
Latest News
A view from Brazil: Democracy wins in the South American nation
WOW Skin Science names Vanda Ferrao as CMO
People in Brazil have high expectations from Lula: Expert
China’s CATL to take near 25% stake in CMOC
byteXL collaborates with Microsoft for educational transformation in tier 2, 3 cities
New defence secretary Giridhar Aramane assumes the office
Redmi Note 12 Pro+ to launch as Xiaomi 12i HyperCharge in India, says report
Photos
Heart-wrenching! Here is a look at Morbi and the suspension bridge that collapsed
19 hours agoOctober 31, 2022
In Pictures: PM Modi in Kargil to celebrate Diwali with soldiers, says, ‘All of you have been my family for years now’
1 week agoOctober 24, 2022
In Pictures: PM Modi inaugurates Deepotsav in Ayodhya; World record set by lighting of over 15 lakh diyas
1 week agoOctober 24, 2022
Read More
×
Ninety per cent of air pollution related complaints received through Green app since October resolved, says Gopal Rai
Delhi’s air quality ‘severe’, farm fires rage in Punjab
Mundo Latino – Creating a Latin World in India: A Make In India initiative in the realm of foreign language teaching
Kerala airport set to halt flights for 5 hrs for “God’s passage”
Quick and easy recipes to detox post the festive season
Do you know? Spread over 3 acres of land, Maze Garden near Statue of Unity is the largest in the country!