International Women’s Day 2021: From wellness to space, Indian women prove their mettle in every field 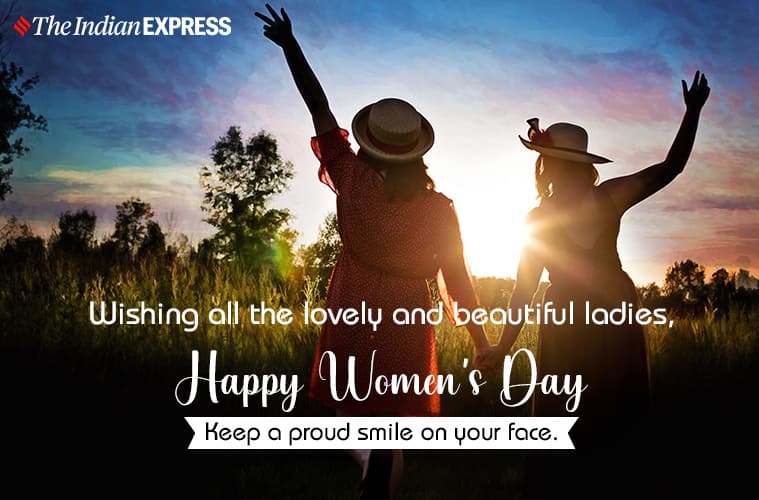 International Women’s Day 2021: Every year, International Women’s Day is celebrated on March 8, to appreciate the various achievements of women and to raise awareness about the discrimination that takes place against them in the form of stigma, violence as well as sterotypes. The day is also meant to be a call for increasing gender parity. This year, the theme of the day is varying, with the UN celebrating the achievement of women frontline workers during the coronavirus pandemic, while another alliance celebrating the day on the theme ‘Choose to Challenge’, on the ideology that an alert and changed world comes from challenges.

But women have time and again proved their mettle in various professional fields, be it health, sports, wellness, or the space sector, demonstrating that given the chance, women can excel in any area that they set their minds to. To celebrate the achievements of women in various fields, Financial Express Online’s Bulbul Dhawan held exclusive interactions with entrepreneurs Dolly Kumar, Dipali Mathur Dayal, and Dr Srimathy Kesan. They shared their journeys as women professionals and the challenges they faced in hopes of inspiring a new generation of women to enter the professional world.

Dolly Kumar, who is the Founder and Director at Cosmic Nutracos – the parent company of leading wellness brand Gaia, spoke to FE Online about the challenges she faced when she started the company. “The biggest challenge was perhaps changing the mindset of people who doubt a woman’s entrepreneurial skills, but fortunately, I always had good mentors and a team whose support made me reach where I am today. There’s barely any field today where women haven’t proved their mettle. However, people still distrust their capabilities, especially when they have to follow them as their leaders. It takes extra effort and an unfailing performance to make them think otherwise,” she said.

“But apart from that, my challenges have been what any person faces during their entrepreneurial journey. The shift from my previous work life to create a new one was especially difficult. I had to start from scratch and build everything from the ground up in a very competitive market. But again, I would say I feel lucky that I received a tremendous amount of support from my mentors in facing all the difficulties. Entrepreneurs have to remain optimistic even in the toughest of situations and that is easier said than done,” she added.

Talking about the lifestyle changes that were required for her to successfully embark on this journey, Dolly said, “To begin with, staying positive and humble all the time is a must. You have to balance it right while simultaneously being competitive for your brands. I have nurtured my Cosmic Family not only as a Director but also as a mother and a friend. I feel that thorough changes were needed in my lifestyle to do so. I had to be passionate yet disciplined and focused yet independent. It brought the best out of me and empowered me to balance personal and professional life while facing everyday challenges.”

Super Smelly Co-Founder Dipali Mathur Dayal, who recently featured in India’s BusinessWorld 40 under 40 club of achievers, demonstrates the extents of what a mother can achieve. Super Smelly is a personal care brand, the first and only one in India to be certified as 100% toxin free. “I have a daughter and whenever I bought something for her, I wanted to make sure that it was toxin free and clinically tested to be suitable for her. When she was a baby, that was easy to find, but as she grew up, I realised that such products were not available for pre-teens and teens and they either had to resort to using the toxin-free products meant for babies or for adults, both of which were unsuitable. So, I decided that I would work on filling this huge gap, because if not me, then who? That’s how this came about,” Dipali told FE Online in an interaction.

Dipali, who began Super Smelly with her partner Milan, explained what entering the world of business is like for a woman. “It is challenging because you realise that you are entering a man’s world, where the vendors, the manufacturers, everyone you meet is a man. Representation of women in entrepreneurship in India is very low, due to the mindset of the people. A lot of times, I have experienced that these stakeholders did not expect a woman to call the shots, and instead expected Milan to make decisions because he is a man,” she said.

She explained that as a child, she was told that a woman’s career was important, and she was fortunate that her parents, her husband and her parents-in-law were very supportive of her career. She added that she tried to make sure that her daughter also grew up with the same learning.

“The hustle that we talk about is real, and as women we are capable of handling that hustle. We can do a lot of things at the same time. If any woman wants to do something, the time is now. The pandemic has shown everyone that business can be carried out from home itself in case a woman does not have the required support system, and so, she can still achieve a lot,” Dipali said.

Dr Srimathy Kesan, who had to remain on a sabbatical for 16 years, founded Space Kidz India, which last month sent the Satish Dhawan Sat to space aboard ISRO’s PSLV-C51. Telling about her story, she explained how she belonged to a traditional south Indian family which wasn’t very keen about her pursuing a career, even though she was an all-rounder in school and in college, Dr Kesan had also gotten entry into the armed forces, but events unfolded in such a way that she was married off at the age of 18 years instead. She was living in a joint family and raising a child. To pacify the urge to have a career, she lent voice to documentaries and ad films, wrote scripts and choreographed shows, working for a couple of hours every afternoon, without her family knowing. However, a write-up on her made everything known to her family, bringing all of it to an end.

While she was always fascinated by space, her venture into the sector came when she met representatives from NASA’s Kennedy Space Centre at a conference in Miami, where she expressed interest in taking school children from India to space camp held by the space centre. While gathering children was a huge challenge, she managed, and subsequently also took children to space camps held by European Space Centre and Russian Space Centre. She also began to take notes about the intricacies of things like building satellites at these camps. Meanwhile, in India, she built a team of school children who were enthusiastic about space.

This is when things started turning around for her. But things were not easy, by any means. “We had a team and we wanted to build satellites, but NASA scientists suggested that we should try high-altitude ballooning first. We had to struggle a lot to get permissions, and we got them merely a day before the launch was scheduled,” she said. Fortunately, though, the mission was successful.

A major breakthrough, however, came as part of a NASA contest that would hold a contest for a payload that would be sent for free to space on a sub-orbital mission. This is when her team developed Kalam Sat, which was then sent to space by NASA in the mission. “However, people said that the mission was sub-orbital so it did not matter. Some even questioned me for sending the satellite on a NASA rocket and not on an ISRO rocket, not understanding that the space sector had not been opened to private companies in India by then,” Dr Kesan said.

But Dr Kesan tried her best to ignore these negative opinions, continuing to work even as her own lifestyle ended up being disrupted because she could not let her work or her family be affected. Subsequently, things started falling in place for her. “Once the sector opened up for private companies, we sent Kalam Sat v2 on an ISRO rocket for a proper orbital mission in 2019. The pressure was immense, because even a single mistake would be very critically analysed, and no one would let me live it down. But everything went as planned and this time the mission was orbital and Indian,” Dr Kesan rejoiced.

It was only after the successful launch of Kalam Sat mission that her family began supporting her. Today, she said, Space Kidz India has launched 12 high-altitude balloons, two sub-orbital sats and two orbital sats, counting the Satish Dhawan Sat launched on February 28 this year.