For author Amitav Ghosh, solutions to climate change lie not in forums that ignore the human connection or geopolitics, but mass people’s movements that he hopes will bring about a reset of the planet. 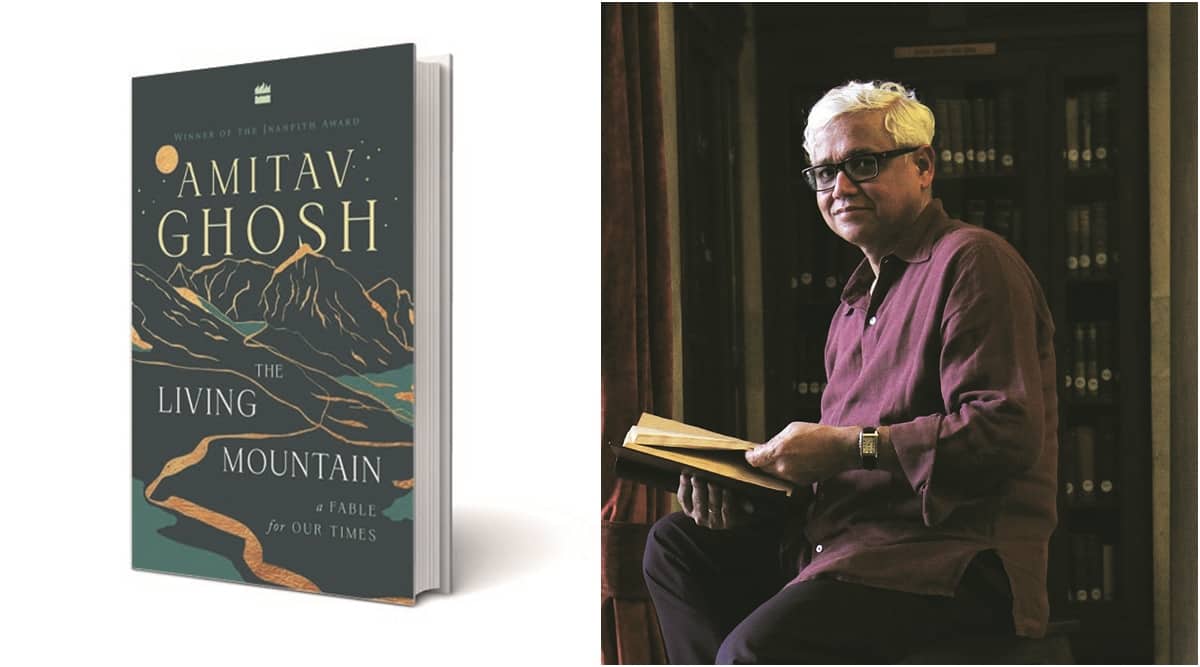 For him, the Adivasis and the indigenous people are already leading the charge.

Author Amitav Ghosh takes forward the conversation on colonialism & climate change in his new book, The Living Mountain. In an interview with Sunday FE, he talks of how he visualises a reset of the planet. Edited excerpts:

“If there is one thing that became very clear at the latest Cop 26 in Glasgow is that international mechanisms are fundamentally broken.” For author Amitav Ghosh, solutions to climate change lie not in forums that ignore the human connection or geopolitics, but mass people’s movements that he hopes will bring about a reset of the planet. “There is every reason to be sceptical about the fate of the planet. But there have been many times that massive changes have taken place suddenly in unexpected ways. Like in the case of opium. The opium revenues kept the British government alive. But a worldwide coalition did arise, with the Chinese spearheading it and Americans and even the English joining in. Ultimately, it became so strong that the British accepted that opium had to be regulated. So I wouldn’t underestimate the power of popular movements,” he says.

For him, the Adivasis and the indigenous people are already leading the charge. “The single-most defective movement to fossil fuel companies has been the No Dakota Pipeline Movement led by indigenous people who created a broad coalition internationally, drawing people around the world. They were viciously opposed; energy companies hired private militia to attack them with dogs and guns, but they stood their ground and their argument all along was based on the sacredness of their land, soil and water. We see a similiar movement in Niyamgiri, where tribals got a judgment from the Supreme Court in their favour to stop mining on their land. Similarly, the Rights of Nature movement has become extremely strong. It has actually been recognised in Italy’s constitution. In New Zealand, a river has been recognised as a person. Glaciers have been recognised as beings with personhood in Iceland. So as the crisis intensifies, energy corporations are going to find it harder and harder to defend what they are doing. Look at the 350.org movement. They have already led to a lot of disinvestment in energy corporations. So it’s not as hopeless as it looks.”

What is hopeless for him is political will. “International forums are fundamentally broken. It has become even more clear with the war in Ukraine. What was very striking about Cop 26 was that three of the world’s most important players—Xi Jinping, Putin and Jair Bolsonaro —were missing. And as we know, Brazil holds the key to the world’s fate. The Amazon is the world’s largest carbon sink and it is already emitting more carbon than it is absorbing. But the good that came out of forums like Cop 26 was that young activitists could connect with each other and establish global networks.”

Connecting climate change with colonialism, he reminisces how his interest in the planet began with what he saw in the Sunderbans. “While researching The Hungry Tide, I could see all the disturbing trends, of rising seas, dwindling species, islands disappearing… As I started reading, it started to emerge that if you looked at the global south, the view is completely different from the global north. In global north, climate change is seen as a completely different problem with technological and scientific fixes. And the principal fix they advocate is reducing carbon footprint. But when you go to the global south, you ask them if they think they should cut their carbon footprint, and the answer is ‘why should we? In any case, it’s much smaller than that of the western world. They got rich when we were weak and poor. Now it’s our turn’. So essentially, what they are saying is that it’s all about colonialism, it’s about geopolitics. Failing to recognise that and address is what I would say is one of the major failures of the Cop process. You look at the Paris Agreement. The word justice occurs just once. It says: ‘The issue of justice is important for some’. They barely even acknowledge the issue.”

And, it is getting worse. “The difference between say pre-1980 or pre-1990 and today is that the global south has completely accepted and taken over the colonial logic. We are now taking away the land and rights of the Adivasis and indigenous people, and doing what the western world once did. And this is to my mind the most catastrophic dimension of the present situation.”

So what and who does he see as solutions? “Science fiction writers have imagined various kinds of solutions where things get better with technology and science. But in my view, they are thinking of the wrong solutions. They are thinking of science whereas at a visceral level, this is more of a human and a political problem. The reset will in the first instance have to be a geopolitical reset.”

So does he discount technology altogether? “I don’t discount tech and I hope there are solutions, but let’s face it, everything we are seeing around us everyday comes as an unintended consequences of technology. At one time it seemed like a great idea to have gas powered cars instead of electric cars, because at the start of the 20th century it was quite possible to have electric cars and many tried too, like Tesla, but that was basically derailed by the fossil fuel industry. The only thing I would say in relation to tech is that this idea that alternative energy can solve problems of scale is a misconception. I think it’s very wishful thinking. Because alternative energy also requires a very great deal of extractive practices. For example, for solar panels, you need various materials that need to be mined at great cost to the environment. Similarly, if you think of wind towers, they need a lot of steel and cement. And cement is one of the very damaging materials. And we don’t talk about it very often, but cement is after fossil fuels the most dangerous substance to the environment. And cement lobbies around the world have enormous grip over political systems. How is it that you have vast road projects getting approval at the drop of a hat, even where they are not needed? How do these vast dams get sanctioned? The one credible tech that is recognised in the Paris Agreement is carbon capture and storage. But no one has come up with any plan for it. Planting a few trees doesn’t solve any problems. Planting even a million tree is not the same as planting a forest.”