The ministry is promoting International Day of Yoga through multiple programmes, in association with Morarji Desai National Institute of Yoga. 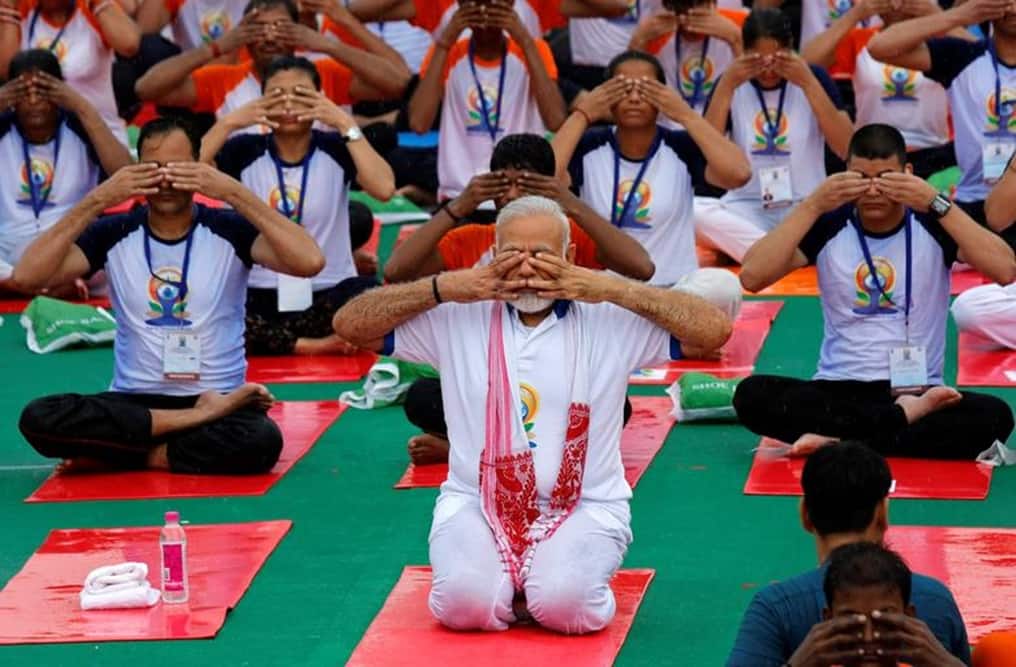 Modi also urged Indians to take part in the celebrations with enthusiasm. (File/Reuters)

The Union Ministry of Ayush has ‘Yoga for Humanity’ as the theme for International Day of Yoga, 2022, Prime Minister Narendra Modi announced in his monthly Mann ki Baat address. The eighth edition of the International Day of Yoga will be organised on June 21, with the main event being held in Mysuru, Karnataka. Modi also urged Indians to take part in the celebrations with enthusiasm.

This year’s theme was selected after much deliberation and consultation and appropriately portrays how yoga served humanity in alleviating sufferings during Covid-19, Modi said. He added that yoga would bring people together through kindness and compassion during the post-Covid geopolitical crisis and foster a sense of unity across the world. The theme of last year’s event was ‘Yoga for Wellness’.

Union Minister for Ayush Sarbananda Sonowal said Modi had suitably announced this year’s theme. “…Yoga is a practice that brings joy, health, and peace from within, and it deepens a sense of continuous connection between an individual’s inner consciousness and the external world,” he said, adding that this year’s event would successfully propagate the theme.

Focusing on the theme, the ministry has designed special programmes for the specially-abled and the transgender population and women and children. Human values that are integral to yoga education in schools will also be in focus. The Centre expects millions of villagers to take part in this year’s event as the common service centres are promoting the practice.

This year’s event will also see many firsts: the innovative ‘Guardian Ring’ programme, which will see the participation of people from different countries, beginning from east and marching towards the west along with the Sun’s movement. The relay yoga will be streamed live on Doordarshan.

The ministry is promoting International Day of Yoga through multiple programmes, in association with Morarji Desai National Institute of Yoga.