She is the first Indian girl to win the popular global pageant. 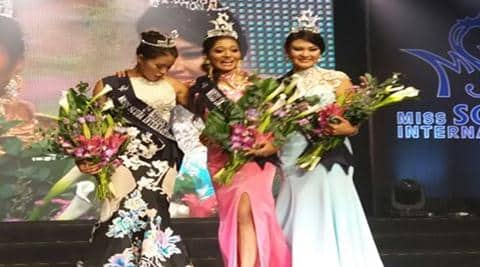 In fact, this was the first time ever, that an Indian has represented at the pageant and won it.

Indian girl Varsha Rajkhowa has been crowned the new Miss Scuba International 2016 – a one-of-a-kind global beauty pageant held with the purpose of spreading awareness about ocean protection and marine life. The twenty-five-year-old Pune -based was adjudged the winner from among 16 other participants after a glitzy grand finale in Kota Kinabalu, Malaysia on November 20.

In fact, this was the first time ever, that an Indian has represented at the pageant and won it. Varsha impressed with her maturity but her reply in the final question-answer round of the event impressed all all judges. On being asked, “What is the most important lesson you’ve learned during the competition?” She said, “The most important thing we learn is that united we stand and divided we fall. We must come together to save our oceans and to [preserve] beautiful marine life. “This is because what we love is what we save, and what we fear to lose is what we have to work for.”

Born in Assam and brought up in different parts of the country, Varsha hails from a defence background. An environment by profession, she also wears multiple hats of a model, international-grade dancer, choreographer, national level swimmer and a certified scuba diver.

Varsha’s mother has been instrumental in her becoming a model. “While in college, my mother encouraged me to take part in the RSI May Queen pageant in Pune where I was one of the finalists. I won the title of best smile and talent, and the whole experience made me realise my hidden love for walking the ramp,” says Varsha.