The House of Commons that was last elected on 20th September 2021, has 17 Indian origin MPs 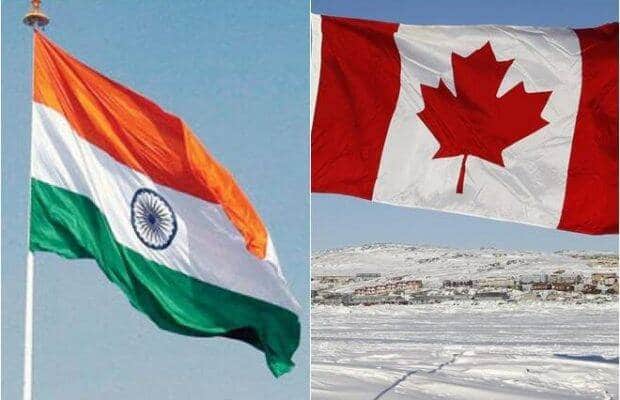 A proportionate number of Indo-Canadians normally get represented in the Canadian Parliament. (Reuters Image)

In 2008, I addressed the Canada-India Parliamentary Friendship Group at the Canadian Parliament in Ottawa.  The meeting was facilitated by Devinder Shourey, an Indo Canadian Member of Parliament (MP) from Calgary. He was a true interlocutor who selflessly promoted India Canada ties. Drawn from different political parties of Canada, including the ruling parties and those in the opposition, the members included Canadian as well as Indian origin MPs. Of the total Canadian population of nearly 35 m, 1.6 million are of Indian origin comprising 4% of the population. A proportionate number of Indo-Canadians normally get represented in the Canadian Parliament, largely from Vancouver, Toronto,Calgary, Manitoba etc.

The House of Commons that was last elected on 20th September 2021, has 17 Indian origin MPs. In fact, the leader of Canada’s New Democratic Party is Jagmeet Singh MP. Anita Anand MP, along with three other Indo Canadian MPs, was a minister in the previous government and came into prominence for dealing efficiently with the pandemic related issues. She has been retained, along with two others,in the current government as Minister of National Defence. The legendary Ujjal Dosanjh of the Liberal Party was the first Indian origin Premier of British Columbia. Tim Uppal, now an ex-MP, told me that Canada is a country where the son of an immigrant taxi driver can become an MP!This gives strength to the Indian diaspora and positions it to play a crucial role in local politics and government.The current Canadian High Commissioner to India is Gujarati speaking Nadir Patel, a very fine officer who I had worked with when he was Canada’s Civil Aviation Secretary. I had the privilege of nominating MP Deepak Obhrai for the PravasiBharatiya Samman, of which he remained very proud. However, according to Ujjal Dosanjh the Indo Canadian MPs or Ministers are nowhere near as influential as their American counterparts.

I urged the members of the Friendship Group to lead businesses of their provinces to the Vibrant Gujarat Economic Summit of 2009. Canada is the second largest country in the world with 10 provinces straddling 5 and half time zones. Saskatchewan, for instance, hasone the largest reserves of uranium and the finest; India needed assured sources of uranium. Canadian diamonds are also rated as the purest in the world; India is the world’s largest center of cut diamonds. Alberta has enormous reserves of oil and gas; oil is in clay form and thus has a high environmental cost for extraction which is economically viable only if the price is 65-80 $ per barrel; OVL had set up an office there. Canadian gold is in high demand in India. Canada has high quality potash with a long history of trading with India which does not produce an ounce of the mineral, an important ingredient for agriculture fertilizers. In other words, Canada is richly endowed with strategic minerals that India wants. Manitoba province is an agricultural breadbasket; how many Indians know the chickpeas on their plate come from Canada?

Canada is a G7, G20 industrialized and technologically advanced economy. Its economic fundamentals are strong and did not cave in despite the crisis of 2008 or the Covid pandemic. Its pension funds are a crucial source of sovereign wealth funds which are invested in India as well. Canada signed the nuclear cooperation agreement during the historic visit of PM Dr Manmohan Singh in 2010. A free trade agreement and an investment agreement were initiated. Canada is today home to 1,25,000 Indian students constituting nearly 11% of foreign students.

Irrespective of the economic complementarities, Canada did not rate high on New Delhi’s radar. This had to be corrected. The MPs in the Group heard me patiently, admitted that I had made the point and that they would urge the businesses to attend the Summit. However, they expressed their helplessness that they would not be able to lead the team. I asked if budget was an issue. I was shocked when they clarified that they were not allowed to visit Gujarat as the Canadian government had prohibited any official dealings with then CM, Gujarat (due to the fallout of the Godhra riots).

I looked at the distinguished members full in the face and asked if then CM Gujarat, Narendra Modi were to become the Prime Minister of India, would they stop dealing with India? Now it was their turn to look startled! They asked incredulously if that was at all possible? I explained the dynamics of Indian participatory democracy and the silent social revolution that was taking place in India resulting in replacement of the established elites and the rising role of the regional leaders.

In three months’ time, the then federal trade minister Stockwell Day travelled to Ahmedabad in 2009 to open the Canadian trade office and the rest is history. The ban stood lifted a full 5 years before its neighbor USA did so (that too only when PM Modi was ensconced in power in 2014).The Gujarat State Governmentsent one of its finest administrators and my batchmate AtanuChakravarty to Canada to express interest in investment in Canadian mines; he is currently chairman of HDFC Bank.

In time, Canada became the biggest international partner of Gujarat. Canada started participating in the successive Vibrant Gujarat Summits as the partner country. In fact, before Make in India became a flagship programme of the government, the Canadian companies were doing precisely that in Gujarat: for instance, Bombardier, the Canadian aviation company established a plant in Gujarat not to manufacture planes but railway coaches for Indian metro and for exports. The Canadian McCain Foods not only employed Gujarat farmers but also gave them the technology to produce potatoes for potato chips for sale in the Indian market and abroad.

Sometimes a right person and a right statement make all the difference in diplomacy.

(The author is a former Indian ambassador and a former Deputy High Commissioner to Canada. Twitter:@nchauhanifs Views expressed are personal and do not reflect the official position or policy of Financial Express Online).