Discussing the purpose of government, the authors show how coercion is central to state functioning, often leading to unintended consequences. The challenge, therefore, is to devise a system that can contain and channel state coercion for public good. 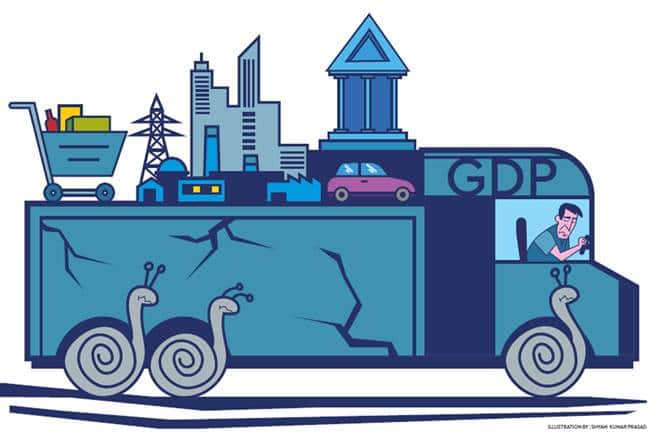 Moving towards a $5- trillion national economy from the current level of about $3 trillion in the next five years requires paradigmatic changes to be made at every level. The Centre and the states have to work in unison towards the shared goal, shunning the rhetoric of triumphalism and adversarial politics. The institutions of governance have to be strengthened for sustained double-digit growth rate necessary for this purpose. It is important, therefore, to understand how economic policies are crafted, what complexities are involved in the process, why many policies fail to deliver beyond a point, and what kinds of interventions are needed to glide the economy to a higher orbit, without denting the basic facets of democracy, federalism and secularism.

A remarkable book written by noted economist and civil servant Vijay Kelkar and scholar-researcher Ajay Shah seeks to grapple with many of these contentious issues and suggest some ways ahead. They have dissected every relevant issue threadbare and combined the insight of a practitioner with that of an academician to make the work both comprehensive and interesting.

Also Read
Here’s why you should own these 7 watches
International day of forests: Collaborative effort to help save our forests
A look at the favourite perfumes of 6 most stylish men in the world
Inside Kareena Kapoor Khan and Saif Ali Khan’s luxurious home in Mumbai

Discussing the purpose of government, the authors show how coercion is central to state functioning, often leading to unintended consequences. The challenge, therefore, is to devise a system that can contain and channel state coercion for public good. Should it be a facilitator of the intended changes and ‘nudge’ the citizens, through incentives and disincentives, towards a prosperous and more equitable society? While encouraging freedom of action in the economic field, the state should arguably intervene in cases of ‘market failures’ associated with “externalities, public goods, market power and asymmetric information”. However, assessing the market failure and deciding about addressing it squarely with the available capacity are also fraught with difficulties.

Suggesting more freedom, more competition to push firms “to cut costs, to innovate, and to deliver the best bargains for customers” and the need for public policy to address “market failure, to reduce entry barriers and increasing competition”, Kelkar and Shah highlight how redistribution of resources often distort the market economy, hindering economic growth.

How does inadequate capacity affect policy formulation? What are the pathways to increase state capacity? How the government organisations should be designed — with greater decentralisation and dispersion of power, with greater focus upon rule of law and lesser coercion, accompanied with minimal discretion contained through checks and balances. How to increase the analytical capability in the government in which the policy makers would gain from constant interaction with academic institutions and researchers? These concerns have been adequately deliberated upon. It is rightly lamented that “We have cut corners on building humanities and social sciences at universities, and these are fields where knowledge on India can only be produced in India”.

With parting discussions on do no harm and prioritise institution building over just GDP growth, the authors plead that, “The path to progress lies in narrowing the scope of the state, picking fewer battles…” This is wise counsel, but not uncontested. Public expectation from the state is staggering and the need for its direct intervention with much higher allocation of resources for quality primary education, basic health and suchlike has also been advocated over the years by some of the most eminent economists and policy makers. According to Pratap Bhanu Mehta, “All the elements that make an economy competitive, require the state to do things; not just get out of the way.” (The Indian Express, December 5, 2019).

However, the learned authors have sought to explain, convincingly and in an elegant manner, the rationale behind their thinking, which is also widely shared. A good read for intelligent people.

Amitabha Bhattacharya is a former IAS officer who has also worked in the private sector and with the UNDP.