The government has done well to think about door-to-door screening for cancer, heart disorders and diabetes given the rise in premature deaths 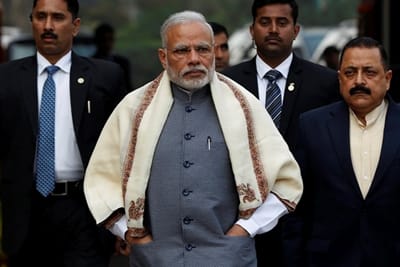 The Modi government has taken another bold step which not only needs to be duly acknowledged, but also appreciated, given its implications for enhanced productivity and economic growth as well as poverty reduction in the country. The PM is going to inaugurate a massive free door-to-door screening for the early detection—and hopefully treatment—of cancer, heart disorders and diabetes on the World Cancer Day (February 4), targeting the economically critical 30-69 year-old age group. This is a welcome step, given the shift in the burden of premature mortality (below the age of 70 years) from child (0-4 years, accounting for 22% of all premature deaths) to adult levels (30-69 years, accounting for 65% of all premature deaths). In one of our recent papers, ‘Prevention of chronic diseases’ (goo.gl/39nsvX), we had argued that primary health systems in developing countries like India—and with them, health policies as well as provision of financial, infrastructural and human resources for health—need to make a ‘health system transition’ and prioritise reductions in premature mortality at adult levels, while continuing to focus on child mortality until it goes below 1%, as in the developed regions of the world. The accompanying graph shows the top-10 killers at the adult level—chronic respiratory diseases are critical from the perspective of lost productivity as well, and should be included for screening and prevention.

Also Read
Cases of lung cancer rising in India; Nearly 50% patients non-smokers
Your green period partner
Children who are heard, listen as Adults: How Families make us Human
How to look after your eyes in winters

Since this bold step of the central government marks a departure from traditional approaches to public health, the advocates of which might not be too happy, let me put forth some justifications why a shift in focus towards the adult age groups has become indispensable:

– Mortality at all premature levels, with the sole exception of adult level, has declined over time.

– Mortality at the adult level is almost equal to mortality at all other premature levels (0-29 years) taken together, and therefore cannot be ignored in favour of a lower level of premature mortality simply because the latter has priority from an equity perspective.

– The criticality of working-age population compared to the dependent populations for economic growth at the national, provincial and household levels cannot be overemphasised. This holds particularly relevant for developing countries, like India, with substantial household poverty and fewer resources at the disposal of governments to support the dependent populations, as a result of which the welfare of dependents is usually tied to the economic status of gainfully employed within the family. Their improved chances of survival, health and productivity would not only enhance their own capabilities, and that of their dependents, but make them contributors rather than mere beneficiaries of growth and development, help reduce the burden on public welfare and accelerate the process of poverty alleviation. States that perform poorly on health also tend to have higher levels of poverty vis-à-vis the better-performing states. As a poverty alleviation strategy, states in the early stages of health transition—Uttar Pradesh and Rajasthan—should focus on reducing mortality at the adult level simultaneous with their efforts to reduce the burden of child mortality.

– Those who continue to remain poor within 30-69 year age group will not only be able to spend less on welfare of their dependents, but also leave the next generation in an impoverished state, with lower human capital and prospects of employability, and serious implications for not just the present, but future prospects of economic growth at the national, state and household levels.

– From a medical perspective too, children of those with chronic diseases like diabetes or heart disorders are more vulnerable to these diseases. To prevent the situation from becoming more serious than it has already, we need to take the challenge of chronic diseases head on, without wasting further time.

Indian can neither afford the human nor economic costs of chronic diseases. Their indirect impact on households and economies as well as direct cost of treatment are cumbersome even for the high income countries. The US uses 86% of its health care expenditure, the highest in the world, on treatment of chronic diseases. Despite severe political ramifications, the Japanese healthcare system, the epitome of its social security, is undergoing major overhaul to reduce healthcare costs—to the benefit of India’s generic drug manufacturers—and make it sustainable. Similar concerns have been raised in Canada.

Demonetisation is debatable, but this bold step of PM Modi is definitely going to benefit the poor the most, given the concentration of premature mortality due to chronic diseases among them.