The yellow alert is issued when the city witnesses the positivity rate of over 0.5 per cent for day in a row or say positive cases breaches 1,500 in a week. 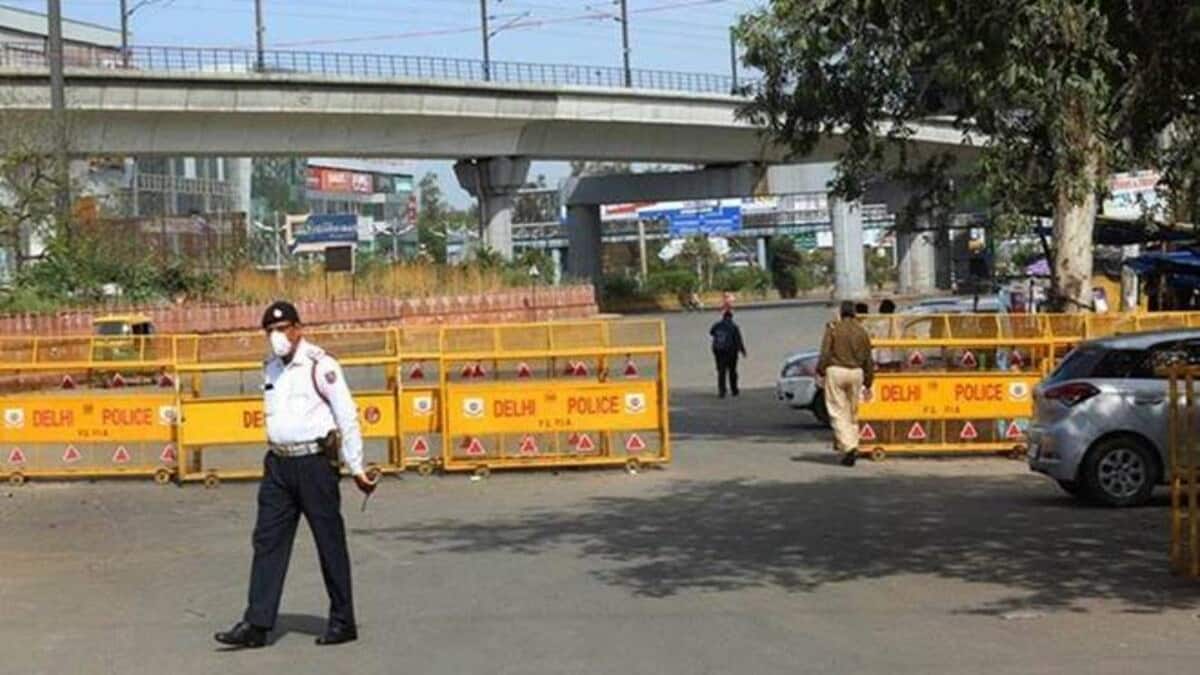 Covid-19 restrictions: As anticipated, Delhi Chief Minister Arvind Kejriwal on Tuesday issued restrictions under the yellow alert for covid-19 in Delhi. The restrictions that comes under the Covid Graded Response Action Plan (GRAP) would mean shutting down of all educational institutions, limitations on wedding and funeral gatherings to 20 people, reducing seat occupancy in Delhi Metro to 30 per cent and buses to 50 per cent, among other measures that will be implemented to curb the spread. The decision came following a high-level meeting between Delhi CM Arvind Kejriwal and senior government which was scheduled to review the prevailing covid situation in the city.

The yellow alert is issued when the city witnesses the positivity rate of over 0.5 per cent for day in a row or say positive cases breaches 1,500 in a week. It also happens when occupancy of oxygen beds in hospitals remains 500 for a week if not less.
Delhi’s positivity rate stood at 0.55 per cent on Sunday and 0.68 per cent on Monday.

The cases have been going up for over the past few days in Delhi. There is no need to panic or worry as we are mostly seeing mild and asymptomatic cases. We don’t even need hospitalization in these cases, said Kejriwal. The covid patients in the hospitals do not need oxygen or ICUs but we don’t want people to fall sick or contract this infection. We notified GRAP to deal with the increase in covid cases and it has come up with a scientific approach to ensure simple implementation, added Kejriwal.

As per the plan, the restrictions will be based on three parameters–positivity rate, cumulative active cases and oxygen beds in the hospitals. The restrictions will come under Yellow, Amber, Orange and Red alerts. Yellow would be the lowest level of restriction while Red would be the highest. Under Red, the entire city will come under a complete lockdown. As for Orange alert, most of the economic activities and social gatherings/activities and public transport facilities will come to halt.

Yellow alert: The Yellow alert will come into force if the positivity rate remains over 0.5 per cent for two days straight, or say the cumulative fresh cases touches 1,500 or average occupancy of oxygen beds in hospitals remains 500 for a week.

As the Yellow alert comes into force, the shops in markers and malls dealing with non-essential goods and services will start following an odd-even formula between 10 am to 8 pm. One weekly market will however be allowed as per municipal zone at keeping the capacity of vendors comparatively low. Restaurants and food outlets will start operating at 50 per cent capacity between 8 am to 10 pm, bars will also be operating at 50 per cent capacity between 12-10 pm.

Amber alert: With the Amber alert, the city enters the next phase of restrictions if the test positivity rate remains over 1 per cent for two consecutive days, or the city witnesses 3,500 new cases in a week, or average oxygen bed occupancy remains over 700 over the course of a week.

Restrictions: Besides restrictions listed under yellow alert, restaurants and bars will close. Home delivery and takeaways will be permitted though.

The markets will be open from 10 am to 6 pm. Public parks, gardens, barber shops, salons, and beauty parlors will remain closed. Metro will be allowed at 33 per cent capacity, while buses will operate at 50 per cent cap. At least 20 people will be allowed to attend marriages and funeral-related gatherings. Weekend curfew will also kick in restricting public movement from 10 pm Friday to 5 am Monday.

Fully allowed under Amber alert: Activities such as constructions and manufacturing will be allowed under this alert. E-commerce services will also continue to operate.

Orange alert : Stricter restrictions will come in place as orange alert kicks in. The orange alert comes in when the city records 9,000 cases over a week’s time or the average occupancy of oxygen hospital beds remains 1,000 for seven consecutive days.

Under Amber alert, the Delhi Metro, malls and markets will close, only the essential goods such as groceries, milk booths, chemists will operate. Orange alert will also halt the construction activities. Only the sites offering accommodation facilities to laborers will be allowed to operate. E-commerce services will be allowed for essential items such as medicines or health equipment. The Delhi government offices will be opened but private offices except those under exempted categories, will remain shut. Night curfews will still be in place. At marriages and funeral-related gatherings, the number of guests allowed will be 15.

Red alert: If the test positivity rate crosses 5 per cent for two consecutive days, or the city records 16,000 new cases in a week, a red alert will kick in. This will also happen if average occupancy of oxygen beds in hospitals remains 3,000 or above over a week.