World Toilet Day: The persistence of open defecation due to traditional mindset and customs is still an impending concern. This lack of regard for sanitation not only impacts health, but it has drastic effects on education, social well-being and safety as well. 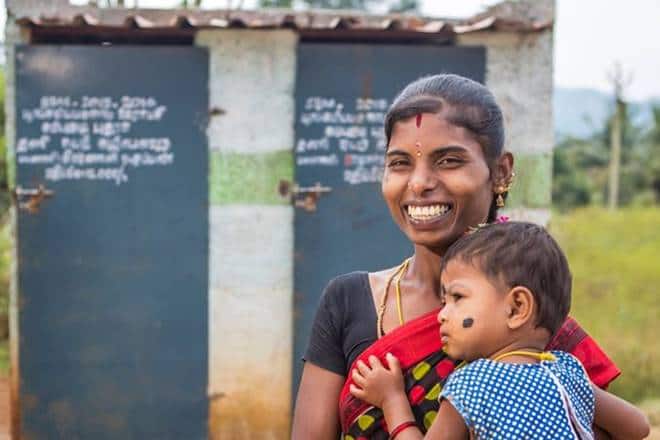 World Toilet Day is on November 19.

World Toilet Day: Good health, clean water and sanitation services continue to be a priority for India. The health concerns and well-being are closely linked to that of an adequate water supply and functional sanitation systems. Lack of sanitation facilities contributes to about 10% of the global disease, causing diarrheal diseases. In India, one of the major sanitary concerns has been open defecation, which is root cause for multiple health hazards.

According to a survey conducted by Research Institute of Compassionate Economics in 2014, “70% of rural people still defecate in the open and almost a quarter of people in households with proper toilets.” However, over the last five years, India has put in efforts to ensure easy access to water and sanitation services for all. Sanitation professionals are now emphasizing on generating awareness, sharing information and creating behavior change to bridge the gap between building toilets and their proper use. In 2000, the Government of India launched a campaign to achieve universal rural sanitation by 2012. The campaign, which worked on a community level to build awareness and strengthen the infrastructure for sanitation, had minimal impact.

However, the Government with help of its partners is working to establish state open defecation elimination plans to improve the efficiency of the roll-out of the government’s sanitation programme Swatchh Bharat Mission (SBM) through its flagship program “Open Defecation Free” by 2019, in association with UNICEF. In addition, the UN through their ‘Sustainable Development Goals for 2030’ aspires to provide ‘adequate and equitable sanitation and hygiene for all’.

UN is also focused towards ‘ending open defecation, paying special attention to the needs of women and girls and all those in vulnerable situations’. The launch of SBM in 2014 is a testament to government’s efforts [under ‘Swachh Bharat Mission Grameen (SBM (G)) – the rural clean India mission’] to end open defecation by 2019. The campaign has witnessed prominent success, with the construction of 10,12,81,017 toilets as on November 2019, out of which 12 million toilets were built in rural India.

While multiple projects have been implemented, there is a achieving the dream of ‘sanitation for all’. The persistence of open defecation due to traditional mindset and customs is still an impending concern. This lack of regard for sanitation not only impacts health, but it has drastic effects on education, social well-being and safety as well. Women are exposed to sexual harassment and crime as they have to cover miles, to go for open defecation. Moreover, majority of girls are removed from schools due to lack of proper sanitation infrastructure. The 13th Annual Status of Education Report (ASER) Rural reveals that around 22.8% rural schools have unusable toilets. In fact, 11.5% rural schools do not have separate toilets for girls.

To promote sanitation and promote better health, the government has instituted large scale sanitation programmes supporting the construction of public or institutional toilets and extending financial subsidies to households for building individual household toilets. This is done also with corporate intervention, wherein more projects are taken for achieving sanitation goals. Through CSR initiatives, corporates are also bringing a cultural shift by changing traditional perceptions about constructing toilets within the household, especially by introducing women Self Help Groups, which work closely with women in rural areas to create awareness about hygiene.

Corporates are increasingly aligning their synergies to work at the grass root level to change habits regarding sanitation and cleanliness in rural areas. The primary focus areas are:

The story of Ms. Soundari, a tribal woman from Kambukudipudhur village of Pungampattunadu Panchayat of Alangayam block, Vellore District, is a result of such an endeavor supported by an organization that is dedicated to empowering communities and build awareness on the preponderance of having a sanitation system. This is mainly because most of the household in Kambukudipudhur village culturally abiding by the primitive concept of toilets not being within the house premises. However, with the guidance of such an organization and self-help group in the village, Soundari’s perception was changed and a toilet was built at her home. The change has not only brought her closer of the basic necessity of personal hygiene, but has also contributed into her living a life with dignity. This shift has benefitted both Soundari and her family, especially her daughter, who now no longer suffers the humiliation that follows from defecating in the open.

Soundari considers this as a gift to her daughter for her safety, health and overall well-being. Improved sanitation has a significant impact not only on health, but also on social and economic development, particularly in developing countries. In order to truly achieve the target of global sanitation for all by 2030, it is imperative for both the government and corporates to continue their diligent efforts to strengthen infrastructure, create widespread awareness, build strong community networks for education, work towards women empowerment in rural areas and bring a paradigm shift in perception.

(The author is Chairman of the Srinivasan Services Trust. Views expressed are personal.)