In a recent statement made by the US drug major Pfizer Inc, the company will continue its request to seek approvals for Coronavirus vaccine in India given that the Indian government commits purchase of vaccine shots. 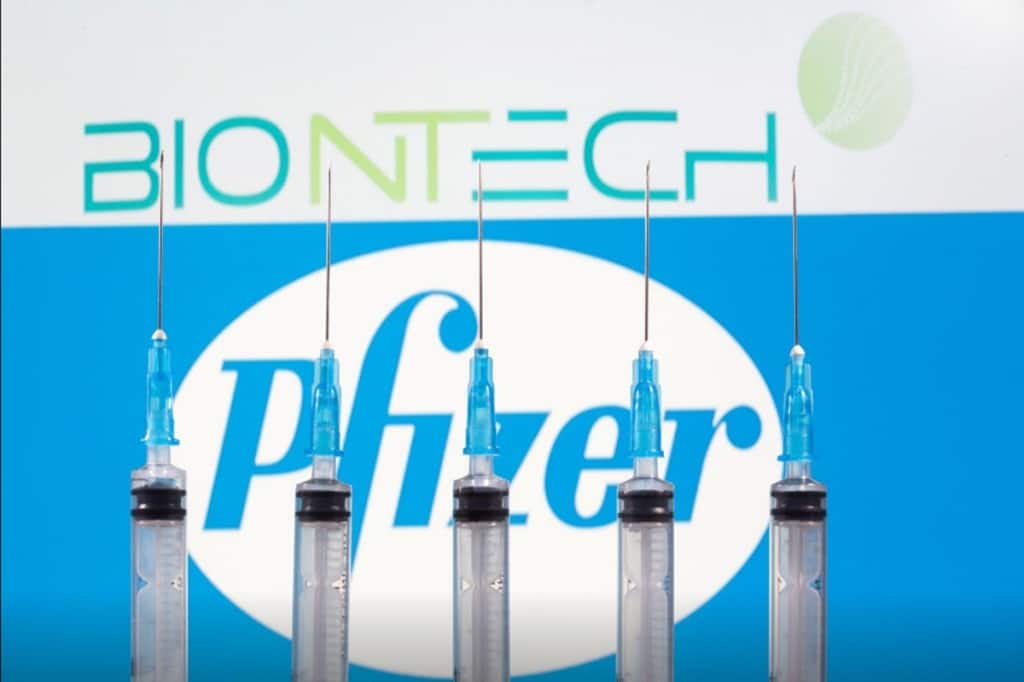 Pfizer said it is committed in its engagement with the Indian government to make this vaccine available in the country.

In a recent statement made by the US drug major Pfizer Inc, the company will continue its request to seek approvals for Coronavirus vaccine in India given that the Indian government commits purchase of vaccine shots. The statement has come at a time when the company’s supply for vaccines has tightened globally, a report by Reuters noted. It is to note that the company was the first in the world to seek emergency-use authorisation (EUA) for a Covid-19 vaccine not only in India but across other countries. However, in India, the government has given a go-ahead to two vaccines- one is indigenously produced by Bharat Biotech and Indian Council of Medical Research and the other vaccine has been developed by Oxford University-AstraZeneca.

These vaccines that received approval in the country are much cheaper when compared to the vaccine developed by Pfizer. Also, these two vaccines need lesser maintenance as Pfizer vaccines require a cold chain of a minimum -70 degree Celsius.

According to India’s Central Drugs Standard Control Organisation (CDSCO), Pfizer officials did not turn up for meetings after the company had filed an application for approval in December last year. As per Pfizer, the company officials could not attend the meeting due to the short notice. The report further said that the drug regulator in India also declined the company’s request seeking approval for use without conducting a small local trial on the vaccine’s safety as well as its immunogenicity for Indian audience. Pfizer maintained its stance with the help of global study that it conducted outside India (having an overall efficacy rate of 95 per cent and no such vaccine-related, serious safety concerns). The company also said that Britain, the United States, the European Union and Canada, all approved the use of Pfizer vaccine based on this global research only.

Also Read
India’s under 5 mortality rate sees 3-point decline; UP, Karnataka record highest dip: Report
Sense of an ending: Scientists say worst of Covid could be over
US cutting global donations of Pfizer/BioNTech COVID shots as demand slows
The doctor is in: Root of hair fall

The company is now expecting confirmation on supply from the Indian government and based on it, it will continue the regulatory process in India, as it is done across countries, the report citing the company said. Pfizer said it is committed in its engagement with the Indian government to make this vaccine available in the country. Meanwhile, Pfizer is said to have slashed deliveries in half in some EU countries which has caused frustration and hampered vaccination drive.

Indian officials, on the other hand, have been having discussions with Pfizer as well as Moderna Inc to make their vaccine shots in India considering India has the largest capacity when it comes to pharmaceutical manufacturing. But as far as vaccinating people in India is concerned, the country is relying on the shots that it has already approved in the country after running trials as well as the ones that are currently under clinical trials. India began the first phase of the largest immunisation drive on January 16.