After successive virus waves pummeled the country for nearly two years, belated mass vaccination under a new, hard-line president has, for a brief moment, left the stricken nation with a feeling of apparent safety. 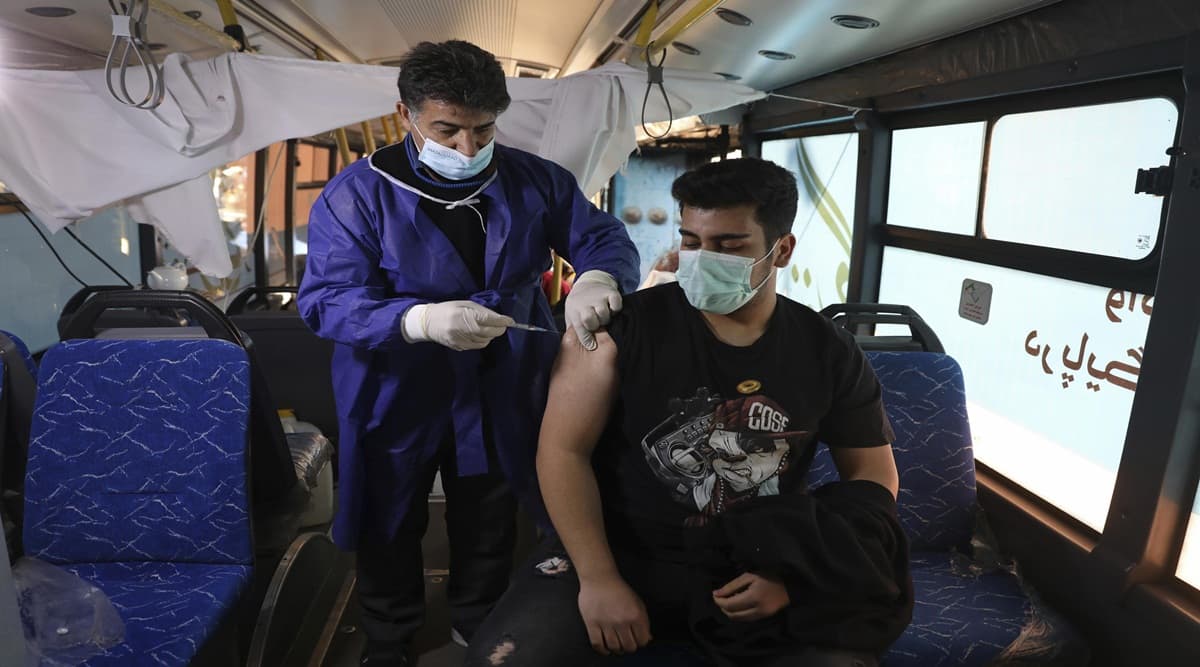 Scrambling to contain a vicious virus wave that inundated hospitals with intubated patients last summer, authorities urged Iranians to get one of the country's five domestically produced shots instead of foreign alternatives. (Photo source: AP)

As much of the world sees vaccination slowing and infections soaring with the spread of omicron, Iran has found a rare, if fleeting, respite from the anxiety and trauma of the pandemic. After successive virus waves pummeled the country for nearly two years, belated mass vaccination under a new, hard-line president has, for a brief moment, left the stricken nation with a feeling of apparent safety.

Now, the specter of an omicron-fueled surge looms large. Hospitals are preparing for the worst as infections tick upward after a monthslong lull. But so far, the variant has not battered the Islamic Republic as it has many Western countries where most adults got jabs a year ago.

Drastic infection surges among the inoculated from the United States to Russia have revealed the vaccine’s declining defenses against infection even as its protection against hospitalization and death remains strong. Meanwhile, Iranians have received doses more recently and are feeling off the hook with their immunity still robust.

“A large number of people already have contracted the virus and huge vaccination has taken place in recent months,” health official Moayed Alavian said in an attempt to explain the sharp drop in infections easing the burden on Iran’s overwhelmed health system.The virus has killed over 132,000 people by Iran’s official count — the highest national toll in the Middle East.

Iran’s recently elected president, conservative cleric Ebrahim Raisi, has made it a mission to expedite imports of foreign-made COVID-19 vaccines. With hard-liners in control of all branches of government, the new administration is fast fulfilling a task that had been vexed by power struggles during former President Hassan Rouhani’s term.

The contrast is not lost on ordinary Iranians.“I do not know what happened,” said Reza Ghasemi, a Tehran taxi driver. “Suddenly vaccination happened in a widespread and quick way after Raisi came to office.” “By the way,” he added, “I am thankful.” But skeptics question the presidents’ starkly different pandemic responses, criticising the human cost of the country’s factional rivalries.

Talks to revive the nuclear deal floundered over the past year, deepening mistrust of the West as hopes for quick sanctions relief faded. With anti-American hostility simmering, Supreme Leader Ayatollah Ali Khamenei banned the import of Western shots a year ago. Hard-liners swept the parliament and railed against American-made vaccines even as virus deaths shattered records.

Scrambling to contain a vicious virus wave that inundated hospitals with intubated patients last summer, authorities urged Iranians to get one of the country’s five domestically produced shots instead of foreign alternatives. Rouhani’s health officials struggled as information they provided was publicly contradicted, leading to conflicting messaging and leaving the vaccine program in shambles. Desperate Iranians flocked to neighbouring Armenia for spare doses. In the end, Rouhani’s government distributed just 5 million shots.

Now under Raisi, Iran is riding high on its successes against COVID-19. Cases have fallen to about 7,000 a day from some 40,000 just months before. The death toll plummeted to 20 a day this month from peaks of over 700. His administration has provided 180 million vaccines since taking the reins in August.

More than 88% of all of those eligible for vaccines have been fully vaccinated. Iran has administered booster shoots to 20% of its population. Last week the government announced it would make vaccines available to children under 18.Like many middle-income countries, Iran has relied on Sinopharm, the state-backed Chinese vaccine, but offers citizens a smorgasbord of other shots to choose from — Oxford-AstraZeneca, Russia’s Sputnik V, Indian firm Bharat’s Covaxin and its homegrown COVIran Barekat shot.

In a sign that resistance toward Western vaccines has softened, British-Swedish AstraZeneca makes up a substantial amount of Iran’s inoculations. Although Moderna and Pfizer-BioNTech remain forbidden, some Iranians have described receiving the American-made shots through a booming black market.While Raisi gets credit for a triumphant inoculation program, observers note that the campaign’s foundations, including vaccine-sharing agreements and supply issues, were set under Rouhani.

“Under Raisi,” Health Ministry spokesman Alireza Raisi said in September, “our past contracts have come into practice.” The groundwork for public acceptance was laid long before.Iran’s historically robust national vaccination program grew out of its battles against disease outbreaks from cholera to polio. In response to the El Tor strain of cholera that spawned a pandemic through the 1960s, Iran produced millions of vaccine doses, distributed American antibiotics to pilgrims and controlled the spread.Coronavirus vaccination marks the nation’s first mass inoculation campaign outside of childhood illnesses since the 1979 Islamic Revolution that toppled the Western-backed shah.