Viral infection during pregnancy may cause change in a particular immune response in mothers and increase risk of autism spectrum disorder in their offspring, suggests new research. 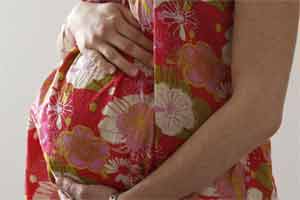 Researchers studied about 2,000 mothers and their children, starting from the mothers' first trimester of pregnancy, and continuing until the children turned 5. (Reuters)

Viral infection during pregnancy may cause change in a particular immune response in mothers and increase risk of autism spectrum disorder in their offspring, suggests new research.

The study, published in the journal Science, found that activation in pregnant mice of a particular immune response alters the brain structure of the mouse offspring and causes behavioural changes, reminiscent of those observed in humans with autism spectrum disorder (ASD).

Immune reactions in the current study linked to autism risk are the kind caused only by viral infections in the mother, and have “nothing whatsoever to do with vaccines” , the researchers noted.

“To our knowledge, this is the first study to identify a specific population of immune cells that may have a direct role in causing behaviors linked to autism,” said corresponding author Dan Littman, professor at New York University Langone Medical Center.

The study showed that increased production of a cytokine called interleukin-17a by a subset of helper T cells (Th17) was the mechanism by which the inflammatory response in the mother led to mouse versions of ASD symptoms in the offspring: deficits in social approach behaviour, abnormal communication and increases in repetitive behavior.

“Blocking the function of Th17 cells and IL-17a in the maternal womb by using antibodies and other genetic techniques completely restored normal behavior and brain structure in the affected offspring,” Jun Huh, assistant professor at University of Massachusetts Medical School noted.