Vaccines, boosters and variants: a year Covid kept world on its toes with surprises aplenty

As the Omicron strain spreads across the globe and questions on vaccine inequity dominate discussions, scientists are still scrambling to learn more about emerging variants of the deadly virus that has claimed millions of lives and crippled economies. 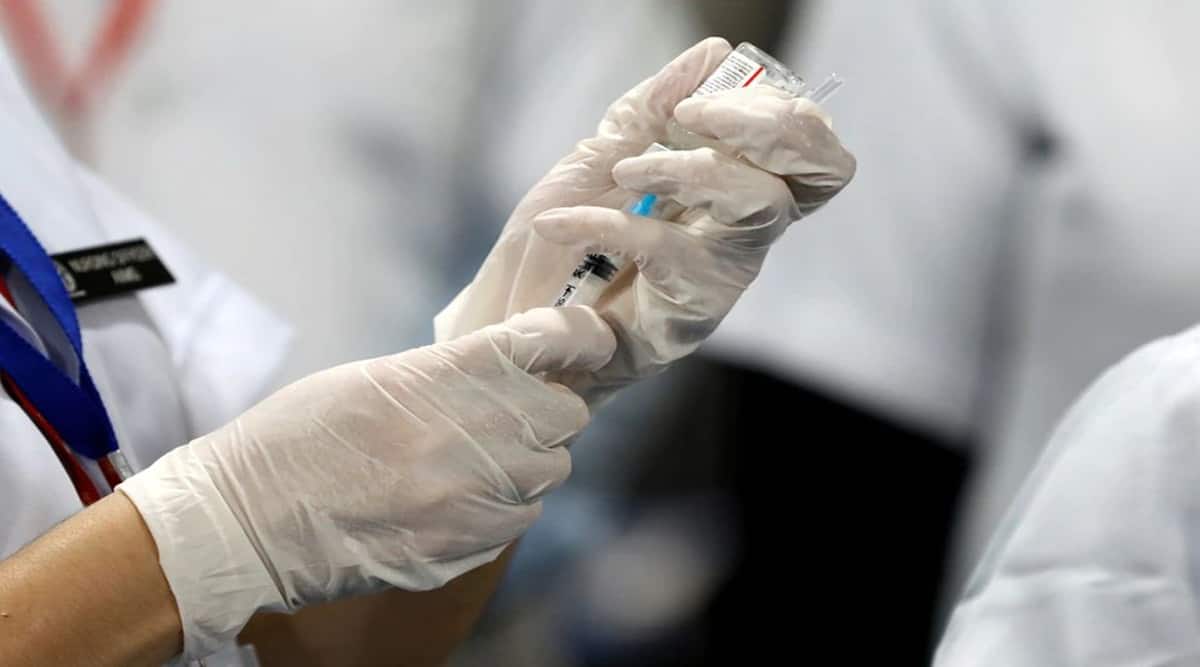 In mid-2021, many countries began to seriously consider rolling out third doses of COVID-19 vaccines, leading to debates among researchers and public health experts whether such a step was warranted. (Representational image: Reuters)

The optimism of a year that started with the COVID-19 vaccine rollout, seen as the beginning of the end of the pandemic, has petered out as 2021 winds to a close. The SARS-CoV-2 virus is still around, and more infectious than earlier. As the Omicron strain spreads across the globe and questions on vaccine inequity dominate discussions, scientists are still scrambling to learn more about emerging variants of the deadly virus that has claimed millions of lives and crippled economies.

“The pandemic is very much still ongoing at the end of the year as it was at the beginning of the year,” immunologist Satyajit Rath, formerly with the National Institute of Immunology (NII), New Delhi, told PTI.Discussing the Omicron variant, Rath said the emergence of newer virus strains is natural, normal, and familiar from the influenza example.”That is one of the many reasons why expecting the pandemic to ‘end’ abruptly was and is unrealistic.” “We have learnt how similar SARS-CoV-2 is to other viruses that cause respiratory diseases as well as are now understanding the ways in which it is different and can continue to surprise us,” added Gautam Menon, professor, Departments of Physics and Biology, Ashoka University.

Menon said the Omicron variant is the “end-of-year twist” that will dominate the first several months of the new year.“That such a highly mutated variant could appear and turn out to be far more transmissible and immune evasive than Delta was always possible but thought of as unlikely,” he added.

COVID-19 vaccines largely showed good efficacy against the variants that emerged in late 2020 and early this year. These included Alpha, Beta, and Gamma.But then the Delta variant emerged.

In March, the variant caught India napping. The country at the time was yet to make much progress in its vaccination campaign, and the Delta variant overwhelmed hospitals and health systems, leaving a trail of deaths in its path.The highly transmissible variant then spread across the world. Studies showed vaccines generally protect people infected with Delta against severe COVID-19, but are less protective against it than earlier variants.

“I hope we have learnt our lessons from the devastating second wave due to the Delta variant and will not see images again of desperate patients and their families trying to locate ICU beds and oxygen cylinders that we saw across May of this year,” Menon said.Just when the disease seemed under control, a variant more transmissible than others seen so far struck the world.

In November, Omicron, the latest variant of concern, was identified in Botswana and South Africa. Early studies suggest Omicron evades vaccine immunity significantly but may be less severe than Delta, and a booster shot may provide considerable, if not absolute, protection. Virologist Upasana Ray noted that viruses mutate continuously, so does SARS-COV-2. So, some variants were more transmissible and few were even escaped antibodies.

“However, we have seen that people who suffered from natural infection or were vaccinated mostly had reduced severity even if they experienced a second infection,” Ray, a senior scientist at Kolkata’s CSIR-Indian Institute of Chemical Biology (IICB), told PTI.

In mid-2021, many countries began to seriously consider rolling out third doses of COVID-19 vaccines, leading to debates among researchers and public health experts whether such a step was warranted.

Data suggested that vaccine immunity was waning in the face of the highly transmissible Delta variant, but the preventives were still protecting people from hospitalisation and death.“How diseases unfold and affect individuals are as much a property of the host affected by the disease as well as the pathogen that causes the disease. There are vaccines that confer life-long immunity and there are others that offer only a temporary solution,” Menon said.

“That we’re understanding more about how our bodies respond to vaccinations against COVID-19 just speaks to the immense complexity of human immunology and the fact that we still need to understand much more about immune response at the individual level to a SARS-CoV-2 infection,” he added.Despite the researchers and the WHO advising wealthy nations to hold off boosters for everyone until more people in low-income countries get vaccinated with first doses, some went ahead anyway.

Israel was the first to roll out the third vaccine dose to its population in June.With Omicron spreading far and wide, real-world data from the country and elsewhere showed that boosters lower people’s chances of getting sick with COVID-19.Many experts are also now urging vaccinated adults to get booster shots, but have warned that new variants will continue to evolve in infected individuals when only a fraction of people in low-income countries have received a single dose.

The case in point is Africa where millions still are to be inoculated and have a huge population of immunocompromised people.Rath noted it is “quite true” that rapid global vaccination would have led to the slower emergence of new variants and strains.“Global, equitable vaccination on the one hand and evidence-driven deployment of supplementary ‘booster’ vaccine doses, on the other hand, need not have been and should not have been an either-or issue,” he said.

One reason for the emergence of Omicron, Menon concurred, is very likely vaccine inequity that led to large parts of the world having low levels of even one dose of vaccine currently, even as developed countries hoard vaccines and provide boosters to their own citizens.“Where cases can spread in populations, especially ones which contain some fraction of those who are immunocompromised, we run the risk of new variants,” he added.

Ray noted that to prevent more variants that can escape antibodies, it is important that the transmission chain is blocked.
“To achieve that, detection, isolation and rapid vaccination all are important irrespective of which nation we are talking about as we can’t seal borders permanently,” she added.

Experts are calling for an increase in vaccine supplies globally so that there is no need for a trade-off between boosters and equity.
“The ethics of vaccine equity should be discussed openly as an ethical and moral issue and governments must be called upon to explain their stands in these, and not commercial, terms,” Menon noted.

As global leaders figure out these modalities and come up with new policies to fend off variants, the COVID-19 pandemic is expected to end sometime in the latter half of next year, unless we allow opportunities for new variants to arise.In that case, the world might need entirely different vaccines and therapies as the current preventives and drugs may be rendered useless in the face of a more mutated virus.

“I think the story of the beginning of next year will be very much focused on Omicron and the development of new vaccines and therapeutics for COVID-19 that may help specifically with multiple variants,” Menon added.
In India, the government has given the nod to a third “precaution” shot for healthcare and frontline workers and those above 60 with co-morbidities.

More Stories on
CoronavirusCovid VaccineCovid-19
Next Story
Molnupiravir gets nod for emergency use in India: From how it works to countries who approved it, everything about antiviral pill