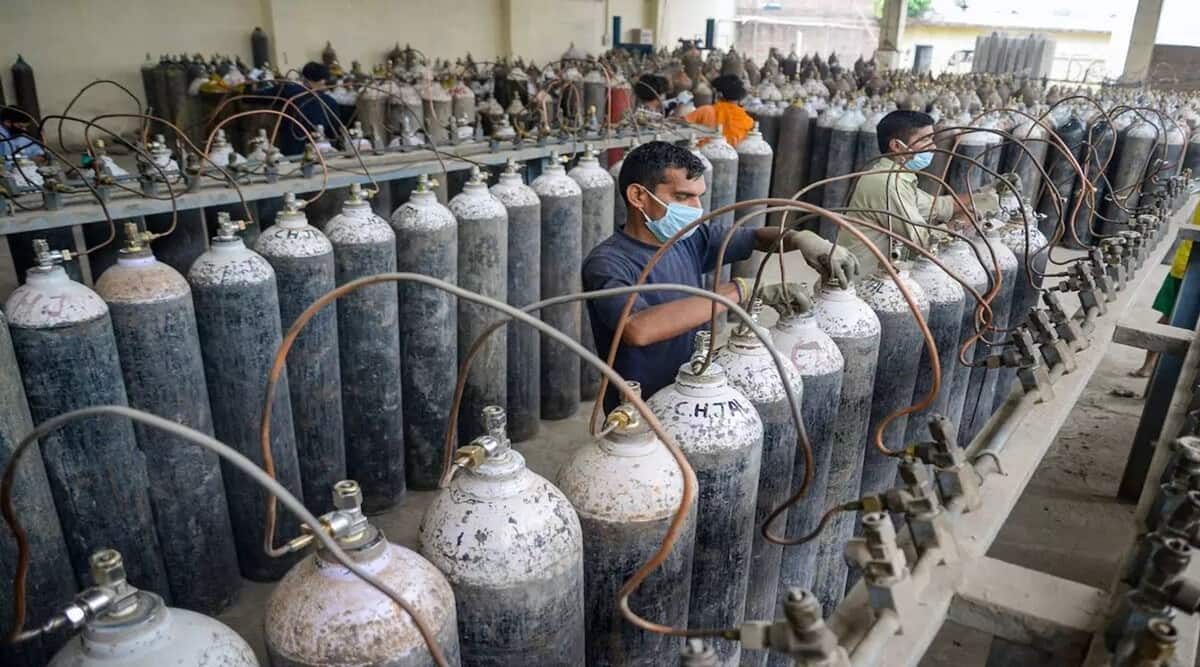 Officials from ministries including road, steel and health, and the Niti Aayog attended the meeting. (File)

Commerce and Industry Minister Piyush Goyal on Thursday discussed with senior officials effective ways to ensure adequate medical oxygen availability in the country in the wake of increasing COVID-19 cases.

Due to an unprecedented surge in demand for medical oxygen across the country during the second wave of COVID-19, the demand peaked at nearly 9,000 MT (metric tonnes) as compared to the peak requirement of 3,095 MT during the first wave.

“Held a review meeting on the medical oxygen preparedness in the country. Deliberated on effective ways to ensure adequate medical oxygen availability for strengthening the fight against COVID-19 pandemic,” Goyal said in a tweet.

India recorded the highest single-day rise of Omicron infections with 180 fresh cases, taking the total tally of such infections in the country to 961, according to the Union health ministry’s data updated on Thursday.

The 961 cases have been detected across 22 states and UTs so far, and 320 people have recovered or migrated.

A total of 13,091 new coronavirus infections were reported in 24 hours on November 11.

It was suggested by the minister in the meeting to give special focus on remote states and shoring up online monitoring and reporting systems.

Officials from ministries including road, steel and health, and the Niti Aayog attended the meeting.

A break-up of the PSA (pressure swing adsorption) plants commissioned across the country was also shared with the members of the group during the meeting.

According to an official, members of the meeting were apprised about the oxygen demand aggregation system (ODAS) that has been developed by the National Health Authority.

As on December 27, liquid medical oxygen production capacity was over 8,780 MT and actual production is over 5,500 MT.

Till December 29 this year, over 1,200 cryogenic tanks were installed in different hospitals for storage of oxygen as against 790 on December 31, 2020. Similarly, the number of oxygen cylinders as of December this year is over 12.5 lakh as compared with 8.7 lakh in the same month last year.