Transfer addiction: Off drugs, onto cupcakes

While fruits, vegetables and a variety of proteins are served in rehab, so are refined sugars, sodas, energy drinks, sugary juices and snacks. 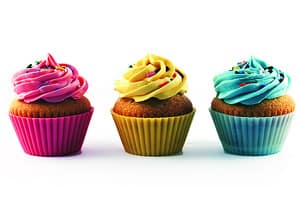 Rodney Zimmers was 21 years old and 135 pounds when he got off heroin and cocaine for good. Three years later, he was still drug free but had ballooned to 250. He blames his weight gain on the high-calorie, high-sugar food served in rehabilitation.

“Once I got sober, I continued to eat all this awful stuff,” said Zimmers, now 29 and the founder of Blueprints for Recovery, an all-male treatment facility near Prescott, Ariz. “I learned how to be sober, but I didn’t learn how to take care of all of me. I didn’t know how to cook or grocery shop because I’d never done it. I didn’t learn any life skills or how to live like an adult.”

His story is familiar to those in recovery, who often gain significant weight on their road to well-being. It’s not all their fault; most rehabilitation programmes haven’t devoted much thought to nutrition.

“The main focus was just, ‘get them off their substance’, and the rest will take care of itself,” said Dr Carolyn Coker Ross, an eating disorder and addiction medicine specialist in Denver who has been a consultant to various rehabilitation centres.

While fruits, vegetables and a variety of proteins were served in rehab, so were refined sugars, sodas, energy drinks, sugary juices and sugary/fatty/salty snacks (the so-called “hyperpalatables”), all of which are relatively inexpensive and easy to buy in bulk.

Sugar was also considered a harmless replacement for drugs and alcohol. In fact, AA’s Big Book — the 12 Step bible — suggests that recovering addicts keep candy on hand. (This may explain why cookies, coffee and plumes of cigarette smoke are often staples at so many 12 Step meetings.)

But though sweets may have eased some people’s drug cravings, many ended up “transfer addicting” from their substance of choice to sugar.
“Once off the drugs, the brain craves the uber rewards of the hyperpalatables — Mint Milanos, Oreos, any sugar. An apple’s reward doesn’t cut it,” said Dr Pamela Peeke, an assistant professor of medicine at the University of Maryland and author of The Hunger Fix.

“So you end up with the transfer addiction,” she added. “Off the cocaine, onto the cupcakes.”

Research has found that food and drugs have similar influence on the brain’s reward centre. A 2013 study published in The American Journal of Clinical Nutrition reported that sugar, not fat, stimulates cravings.

And a widely cited study from that year found that Oreo cookies activated the nucleus accumbens, the brain’s pleasure or reward centre, as much as cocaine and morphine, at least in laboratory rats.

“Some relapse because they’re so disgusted with the amount of weight they’ve put on,” said Dr Marianne Chai, the medical director at the New York Centre for Living, a recovery facility for adolescents, young adults and their families in Manhattan. “The mind-set is, ‘I want immediate results’. They don’t want to invest the four to six months of strict diet and exercise. So they live on caffeine and stimulants or sometimes cocaine to lose weight.”

Now, with more awareness of sugar’s effects on the brain, some rehab facilities are overhauling their meal plans and hiring “culinary nutritionists”, certified chefs who are also registered dietitians.

Next Story
Acting too soon on knee replacement?