The ministry said the two Singaporeans were isolated upon arrival on Wednesday and had not interacted in the community. 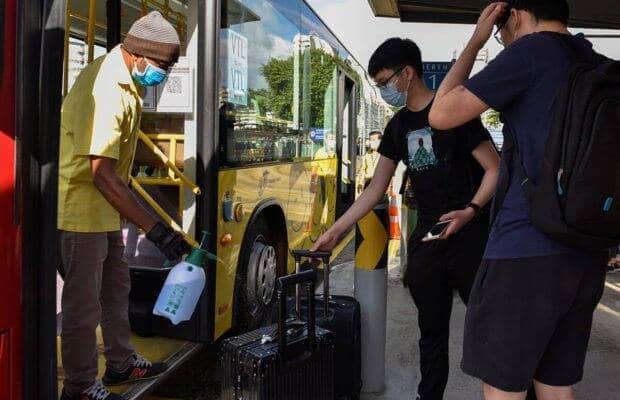 Singapore’s health ministry said Thursday that preliminary tests detected the new omicron variant of the coronavirus in two passengers who arrived on a plane from Johannesburg, the country’s first suspected cases. It said it is conducting further tests to confirm the results. The ministry said the two Singaporeans were isolated upon arrival on Wednesday and had not interacted in the community.

The results of their polymerase chain reaction test on arrival “revealed the presence of S-gene target failure which may be associated with the omicron variant,” it said. The ministry said 19 other passengers on the same flight tested negative for COVID-19 and have been placed under quarantine.

It said the two apparent cases are both fully vaccinated and have mild symptoms of cough and scratchy throat.
One is a male who arrived in Singapore from Mozambique, transiting through Johannesburg, it said. The other is a woman who flew directly from South Africa. Both of their pre-departure tests on Monday were negative, the ministry said in a statement.

Singapore recently banned the entry and transit of non-residents from seven African countries. It also now requires all travellers to Singapore to undergo pre-departure and on-arrival tests. Singapore has a high vaccination rate, with 96 per cent of its eligible population inoculated.

Much remains unknown about the new variant, including whether it is more contagious, as some health authorities suspect, whether it makes people more seriously ill, and whether it can thwart vaccines.