Premier Doug Ford on Monday also announced the closure of indoor dining. Gyms and cinemas will also close and hospitals have also been told to pause all non-urgent surgeries. 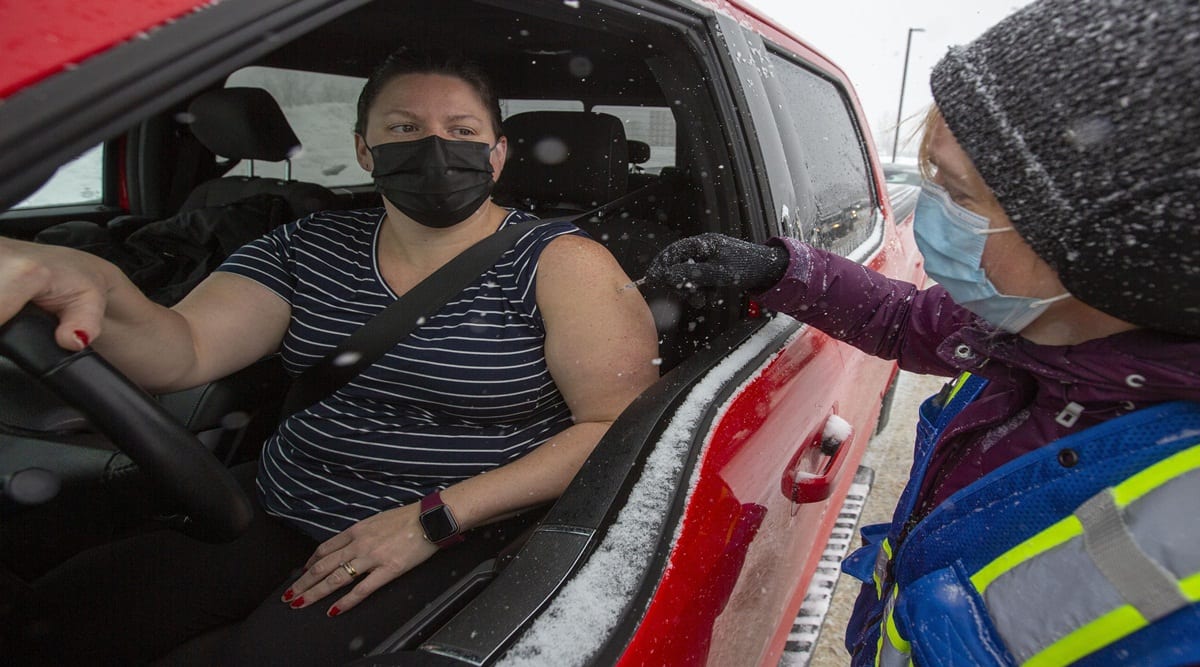 Ontario is locking down again, unlike the US cities and states. (Photo source: AP)

All schools in Canada’s most populous province will be shut down and move to online learning because of a record number of coronavirus infections fuelled by the ultra-contagious omicron variant, Ontario’s premier has announced. Premier Doug Ford on Monday also announced the closure of indoor dining. Gyms and cinemas will also close and hospitals have also been told to pause all non-urgent surgeries.

Ontario is locking down again, unlike the US cities and states. Like the many US, Ontario is seeing record new infections. Ford pointed to projections showing the total number of patients in hospitals would exceed capacity within a few weeks as Omicron is expected to tear through the population.“We’re bracing for impact,” Ford said

Ford said they are expecting a “tsunami” of cases and noted just one percent of 100,000 new cases a day could overwhelm hospitals. Ontario has a population of more than 14.7 million.“They had no choice,” said Dr Andrew Morris, a professor of infectious diseases at the University of Toronto and the medical director of the Antimicrobial Stewardship Programme at Sinai-University Health Network.

“It was going to be brutal one way or the other. Show me who isn’t facing these realities? Anywhere?” he said.Morris said the US has much more hospital capacity than Canada. Dr Chaim Bell, a hospital-based general internist at Sinai Health in Toronto, has noted Canada has one of the lowest number of hospital beds per capita in the industrialised world with hospitals often running at more than 100% capacity and leaving little extra room for extra capacity for surges.“We suck. How does one add hospital capacity? You need add physicians and nurses, etc. They don’t just appear,” Morris said.

The reopening of schools has been delayed until at least Jan 17. Just last week, the government announced schools would open on Wednesday. Retail stores will be limited to 50% capacity in Ontario and indoor social gatherings will be capped at five people. The new measures will begin Wednesday.