The decision announced by the Presidency on Thursday followed meetings of the National Coronavirus Command Council (NCCC) and the President’s Coordinating Council (PCC), which received updates on the management of the current fourth wave of COVID-19 in South Africa. 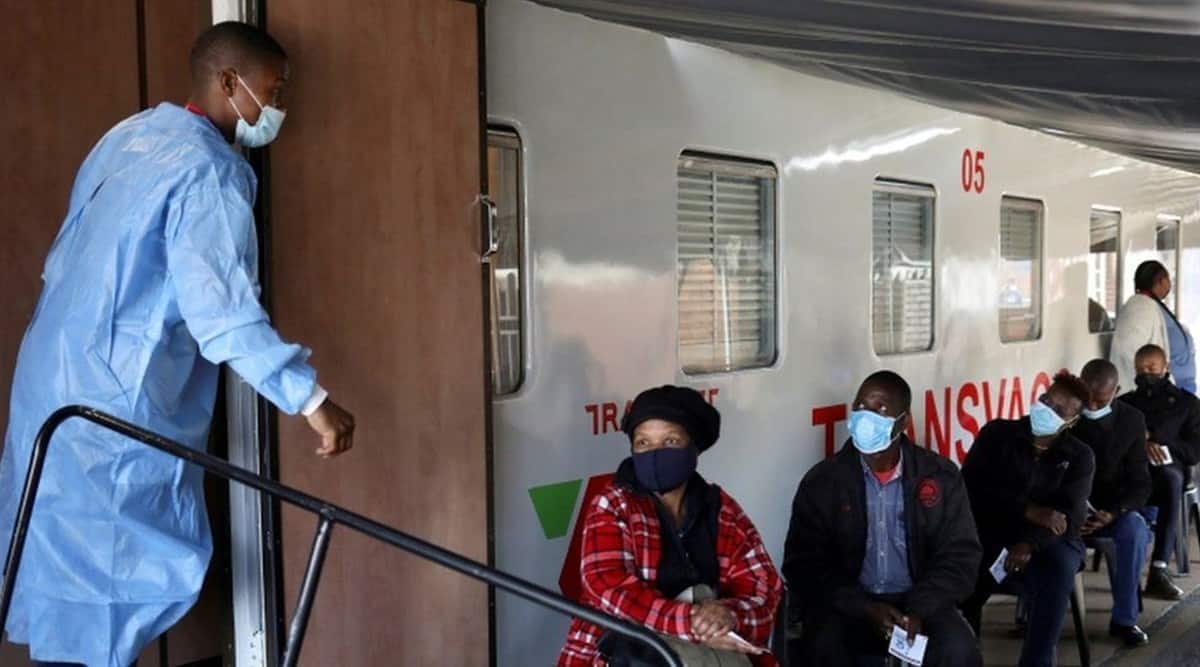 The wave is currently being driven by the Omicron variant, which was first detected in South Africa last month." (Photo source: Reuters)

South Africa has lifted overnight curfew rules that were first imposed nearly two years ago, with officials saying the country may have passed the peak of its fourth wave of COVID-19 infections. The decision announced by the Presidency on Thursday followed meetings of the National Coronavirus Command Council (NCCC) and the President’s Coordinating Council (PCC), which received updates on the management of the current fourth wave of COVID-19 in South Africa.

The wave is currently being driven by the Omicron variant, which was first detected in South Africa last month.”The curfew will be lifted. There will therefore be no restrictions on the hours of movement of people,” the Presidency said in a statement.

The number of people permitted at public events has also been increased.”Gatherings are restricted to no more than 1,000 people indoors and no more than 2,000 people outdoors. Where the venue is too small to accommodate these numbers with appropriate social distancing, then no more than 50 per cent of the capacity of the venue may be used. All other restrictions remain in place,” according to the statement.

The Presidency cited several reasons for the decisions, which have been welcomed by the restaurant industry and members of the public who were cautioned on Wednesday by Minister of Police Bheki Cele that they would be arrested if they were out in public after midnight on Friday to celebrate the advent of the New Year.

The curfew was in place from midnight to 4 am under the lowest level of South Africa’s five-level lockdown strategy.”All indicators suggest the country may have passed the peak of the fourth wave at a national level,” the Presidency said, adding that cases had declined in all but two of the country’s nine provinces over the past week.

Other factors included the levels of vaccination in the country; lower rates of hospitalisation, which have not resulted in capacity being overloaded as with previous waves; and the marginal increase in the number of deaths in all provinces.Conceding that the risk of an increase in infections is still high given the high transmissibility of the Omicron variant, the government called on all organisers of gatherings to ensure that all health protocols are observed at all times and that all attendees are encouraged to be vaccinated.

The restaurant industry welcomed the decision to remove the restriction on serving alcohol at restaurants licensed to do so beyond 11 pm. “The NCCC will continue to closely monitor the situation and will make further adjustments as necessary, particularly if pressure on health facilities increases,” the statement said as it also reminded people that wearing of masks in public places is still mandatory, and failure to wear a mask when required remains a criminal offence.

With schools due to start opening in the next fortnight, parents have also been encouraged to use the available time to get their children older than 12 years to get vaccinated before then.“This will avoid learners losing school time as a result of testing positive or as a result of contact with people infected with COVID-19,” the Presidency said.

More Stories on
CoronavirusCovid VaccineCovid-19
Next Story
2021 – The Year That Was: Omicron wave in the making, seen less severe