KCNA said the army units “expressed their will to convey the precious medicines, elixir of life, associated with the great love of Kim Jong Un for the people to the Pyongyangites”. 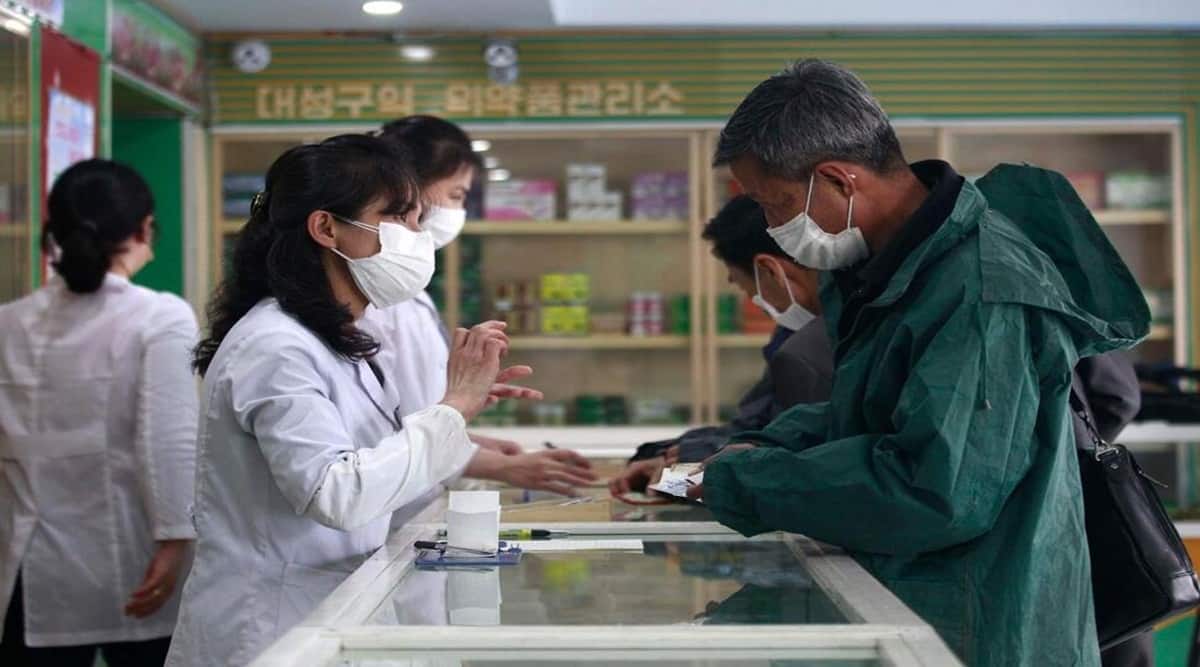 The outbreak is almost certainly greater than the fever tally, considering the lack of tests and resources to monitor and treat the sick. North Korea's virus response comes down to isolating people with symptoms at shelters, and as of Tuesday, at least 663,910 people were in quarantine.

North Korea on Tuesday reported another large jump in illnesses believed to be COVID-19 and encouraged good health habits, as a mass outbreak spreads through its unvaccinated population and military officers were deployed to distribute medicine.

State media said the anti-virus headquarters reported another 269,510 people were found with fevers and six had died. That raises North Korea’s deaths to 56 after more than 1.48 million people became ill with fever since late April. North Korea lacks test kits to confirm coronavirus infections in large numbers, and the report didn’t say how many of the fever cases were COVID-19.

The outbreak is almost certainly greater than the fever tally, considering the lack of tests and resources to monitor and treat the sick. North Korea’s virus response comes down to isolating people with symptoms at shelters, and as of Tuesday, at least 663,910 people were in quarantine.

In addition to lacking vaccines for its 26 million people, the country also grapples with malnourishment and chronic poverty, and lacks public health tools, including antiviral drugs or intensive care units, which suppressed hospitalisations and deaths in other countries.

Some experts suspect North Korea is underreporting deaths to soften the blow for authoritarian leader Kim Jong Un, who already was navigating the toughest moment of his decade in power. The pandemic has further damaged an economy already broken by mismanagement and US-led sanctions over Kim’s nuclear ambitions.
The North’s fatalities may surge in coming weeks as those who develop symptoms later succumb to the illness.

It’s also possible that fever cases are underreported by officials who worry about punishment or people don’t report their symptoms because they fear the strict quarantine measures, analysts say.

North Korea acknowledged domestic COVID-19 infections for the first time last Thursday, ending a widely doubted claim it was virus-free throughout the pandemic.
Describing the outbreak as a “great upheaval”, Kim imposed measures including restrictions on movement and quarantines. But while he raised alarm over the virus, Kim also stressed that his economic goals should be met, indicating large groups of people will continue to gather for agricultural, industrial and construction work.

The official Korean Central News Agency said Tuesday that the military had deployed officers from its medical units to help with the transport of medicine to pharmacies in Pyongyang, which began to stay open 24 hours a day to deal with the crisis. The types of medicine being given was unclear.

KCNA said the army units “expressed their will to convey the precious medicines, elixir of life, associated with the great love of Kim Jong Un for the people to the Pyongyangites”.

State media are also driving public campaigns aimed at promoting health and hygiene and teaching people “common sense” on disease prevention. North Korean TV aired an animated video advising viewers to switch their masks frequently and keep at least a metre (yard) distance from other relatives even at home, and also a lengthy interview with an infectious disease expert who broke down the outbreak with graphics showing the number of cases by region.

The North’s Rodong Sinmun newspaper on Tuesday published several articles about anti-virus habits and the pandemic response of other countries. It mentioned vaccines and Pfizer’s Paxlovid antiviral pills without identifying their American developer.

But the article, which attributed its information to the Chinese internet, insisted that such drugs were costly and could be less effective against new virus variants and that strong pandemic restrictions will continue to be necessary.

It’s unclear whether the North’s admission of an outbreak communicates a willingness to receive outside help. The country shunned millions of vaccines from the UN-backed COVAX distribution program, likely because of international monitoring requirements attached to those shots.

South Korea has publicly offered to send vaccines, medicine and health personnel, but North Korea has so far ignored the proposal amid icy relations between the rivals over a stalemate in larger nuclear negotiations between Washington and Pyongyang.

Some experts say Kim’s praise of China’s pandemic response during a virus meeting last week indicates that the North would be more willing to receive help from its main ally.

Experts say the only realistic outside help would be offering limited supplies of vaccines to reduce deaths among high-risk groups, including the elderly and people with preexisting conditions.

“With the country yet to initiate COVID-19 vaccination, there is risk that the virus may spread rapidly among the masses unless curtailed with immediate and appropriate measures,” Dr Poonam Khetrapal Singh, the World Health Organisation’s regional director for Southeast Asia, said in a statement.
He said WHO is ready to provide North Korea with technical support to increase testing and with essential medicines and medical supplies.